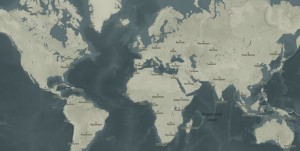 This has been a good week for armored / tank warfare enthusiasts. First Armored Warfare entered into stage 4 of its Early Access campaign, and then M4 Tank Brigade announced its Steam Early Access release. And now, developer Wargaming has stepped into the fray.

The developer behind the popular World of series has released the new Global Map for World of Tanks. The new map is a total redesign that integrates Clan Wars, completely changes the interface, and expands the map drastically.

With the new Global Map, Clans now have the ability to bid or claim any area on the map by gaining Influence. Influence is a form of currency earned by battling for provinces and in Skirmishes. Once an area is “owned” by a clan, Influence can then be invested to raise its Income and buy further Divisions and autonomous units. Divisions come equipped and ready for battle and do not depend on the number of Clan members to bolster its number of tanks. Furthermore, if Clans up their ELO raiting, Province Income can be up to three times more than it used to be for all combined provinces – meaning, at max level, Clans will be able to gain ten million Gold a day under ideal circumstances.

A new in-game tutorial and redesigned UI make the game even more accessible. This coupled with the addition of Tier 6, 8, and 10 vehicles, rather than only requiring Tier 10, gives players even more flexibility. In addition, a new seasonal model promises to give players even greater rewards for events this year.

The map itself is divided into Fronts that each contain a custom border, provinces, battle rules, and tiers. Fronts will have different team sizes based on the tier which will help lower ranking clans to land on the Global Map.

At launch there will be three Fronts:

You can read up on the full Global Map Guide, right here. 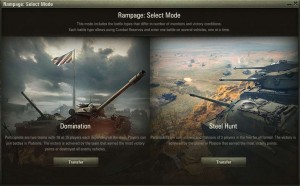 Version 9.10 is now on the PTS and features changes to Domination and Steel Hunt modes. The two modes will now be found under “Rampage” in the Garage, and for the most part, the rules are pretty much the same. The exception here is that now everyone can bring their own tanks, which is definitely a welcomed change. “Domination-only” vehicles are going the way of the dodo bird. Now you can feel free to select your high-tier tanks on your Rampage roster and go into battle without special provisions – this includes “rental” vehicles.

Other changes include the removal of Hidden Village and Pearl River from Random Battles, the addition of the Japanese heavy tank technical branch, tiers II – X, and a general rework of 20 other vehicles for full HD quality.

You can check out 9.10’s full patch notes on the next page!