Ah, mods. Who doesn’t love them? Sure, it can be annoying trying to install a giant mod with nothing but a poorly translated readme to guide you, but with the advent of Steam’s ever expanding Workshop, modding your favorite game is easier than ever.

Arma III may be almost a year and a half old, but thanks to an active community, there is no shortage of content available to keep you coming back. In fact, there is so much content out there, sifting through all of it to find the truly exceptional mods takes a bit of digging. With that in mind, I’d like to show you three custom missions you won’t want to skip over. Keep in mind, these missions are for Veteran and Elite difficulty, so prepare for a challenge. Don’t worry about spoilers, I’ll be making a conscious effort not to ruin the experience for anyone!

First up is The Dead of Night, by Imperator. As you might expect from the name, this mission involves quite a bit of stealth. The firefights you encounter will be fast paced, tactical, and will largely be close quarters. This mission is for an eight player team, so grab your friends.

A small AAF special forces team must infiltrate Oreokastro to eliminate the FIA logistics commander and destroy a fuel truck. A sniper team assists via an overwatch position. Utilise the UAV flying overhead to feed intel to the assault team. 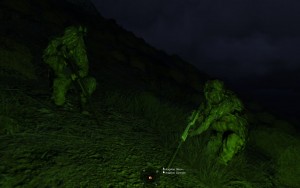 For all you snipers out there, it should be noted that this mission relies heavily on your spotting and cover abilities, so it’s a bit less action packed than you might be used to. However, this element of constant communication between the sniper and team creates a really nice tactical back and forth that makes completing the mission all the more satisfying.

Next is Outlawz7’s LZ Under Fire, and for those of you who may be familiar with Outlawzy’s other rescue missions, this is one of his best. In this mission, you must “Extract a compromised team 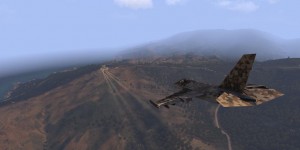 investigating the AAF from Vikos.” Unlike The Dead of Night, this mission is available for single player and multiplayer/co-op. So, if your buddies are MIA, feel free to boot this one up on your own.  If you’ve got a plenty friends hanging around, grab your best ten and prepare for some intense conflict.

I don’t want to give anything away, but if you make a mistake in LZ Under Fire, prepare to pay for it. This mission isn’t for the faint of heart.

Finally, I bring you Flycatcher, created by FHQ. This mission is a tough nut to crack if you go it alone, luckily it supports up to sixteen players to help even the score. I love atmosphere, be it at a restaurant, the theatre, or in a video game, and Flycatcher really knows how to set the stage. 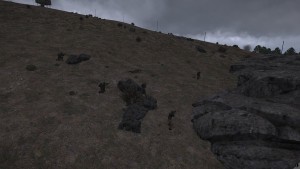 In this difficult mission, two FIA teams must attempt to stop a plane from devastating an exposed, friendly outpost. Unsurprisingly, you’ll be outnumbered and outgunned. So prepare to put your skills to the test, as well as your communication abilities, as you try to coordinate with your team members to stop the bombing run.

Do you have experience with any of these missions? Let’s hear your war stories!

As with any mod, make sure and pay attention to the readme (even if it’s poorly translated!) while installing the content.