The DayZ team released update 0.54.126645 today which brings with it a handful of new items and mechanics to sink your teeth into. Apart from the usual crashing issues here and there that come with a new update, there are also reports of players losing all their weapon attachments upon logging in, so keep that in mind if you plan to play today.

There has also been a good amount of confusion regarding the new renderer and Enfusion Engine, which will hopefully be in the game by the end of March. Anyone who has played DayZ knows that going into a city can murder your fps (frames per second) and cause some serious slow down. This is because DayZ’s current renderer is quite old, in fact it is still clinging to DX7 and DX9 tech; on top of this, DayZ’s code is poorly optimized for GPU efficiency which only compounds the issue further.

Fortunately, the guys over at DayZ have heard the complaints and are now working on incorporating the Enfusion Engine into the game. So, what does this mean in practical terms for DayZ? For starters, your GPU will be utilized much more efficiently which will take some of the strain off your poor CPU, thus improving stability. Coupled with the new multi-core and multi-threading support, the stress of running the game will be much more evenly distributed to your hardware. Lighting will be handle more fluidly with better particle effects, diffusion, and general visibility being a few of the aspects which will see improvement. While DirectX implementation won’t be finalized until the end of 2015, you can guarantee it will be either DirectX 11 or 12, thankfully. In general, the inclusion of the Enfusion Engine promises to, over time, make DayZ a much prettier and more stable game in the long run. For a deeper explanation of the new renderer and Enfusion Engine, check out PwnDailY’s excellent post over on Reddit. 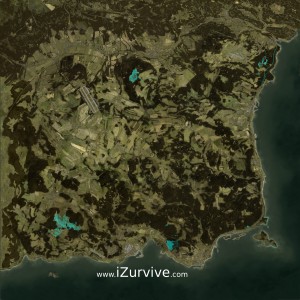 – Blood bag now gives and takes twice as much blood.

– You can craft bone hook out of pile of bones.

– You can craft bone arrow out of pile of bones and improvised arrow.

– Weight added to all items and clothes.

– You can dismantle the FN Trombone.

– Continuous consumption and item use prototype.

– Items now shows only rough estimates about its weight and volume of containment.

– All old rocks models have been removed and replaced with new ones.

– Pouches for vest is now displayed properly in hands.

– Suppressor position on Longhorn while reloading.

– Spliting stone using pickaxe will give you smaller stone with correct damage state.

– You can no longer use mace for cutting raincoats into armbands.

– Mace can no longer be used for skinning.

– Animals spin in one place.

– Animal animations are playing at a wrong resolution.

– You can drive v3s while knocked out.

Quick look: Upcoming Into The Stars Game
Windows 10 and the future of PC gaming
Piper Cub wheels, tires and hub. Used. For man cave display use only.
$50.0