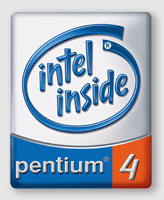 Introduced in late 2001, the Pentium 4 has enjoyed a long market life for a mainstream CPU. Intel’s early claims for their new architecture revolved around deeper pipelines that would enable enormous clock speed gains as new fabrication processes became available over the years. Yet a curious thing happened between the P4’s market arrival and Intel’s original, lofty 10 GHz claims, something that’s affecting all CPU manufacturers, which is heat dissipation. There are other bumps along the road to higher CPU speeds-such as wire delay, slowing process technology, and the gradual creep of memory bandwidth-yet the greatest hurdle is undoubtedly that of increased power due to larger die sizes and higher frequencies, and the heat that is created from this combination. And Intel’s Prescott update to the P4 architecture last summer has come to embody the roadblock this thermal wall has erected across the path to 10 GHz CPUs. Fortunately, core frequencies are not the only metric by which to measure performance, and the CPU manufacturers have begun shifting their engineering efforts and marketing focus more and more away from relying almost solely upon clock speeds as performance improvements.

The newest desktop CPUs from Intel being announced today are the P4P 660, a 3.6 GHz part, and the 3.73 GHz Extreme Edition. Both processors are based on the Prescott core and are therefore manufacturered using Intel’s 90nm process. The 660 supports a 800 MHz FSB and the 3.73 EE continues the 3.46’s support for the 1066 MHz FSB of Intel’s 925XE chipset. The P4P 660 is the first part in a new sequence of CPUs from Intel featuring 2 MB of L2 cache, an increase over the 1 MB cache of the 5xx Prescotts last summer. The cache structure for the 3.73 EE has also been changed from that of previous Extreme Editions, which formerly consisted of 512 KB of L2 and 2 MB of L3, to resemble that of the 660. Yet according to Intel this reduction in total on-die cache for their Extreme Editions should actually improve performance, as larger caches have slightly higher latencies. Interestingly enough, the larger cache is what lent the Extreme Edition processors their label over mainstream P4s, but with the introduction of the 6xx series we have a situation in which cache sizes are now identical between the two product lines. When questioned on the similarity of these new processors Intel stated that they were working on ways to “soon” make their EE CPUs more extreme. 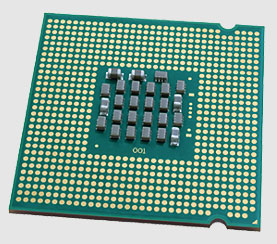 In addition to the cache changes for both product lines, the 660 and 3.73 EE also support features new for Intel CPUs, though not exactly new to the desktop CPU market: EM64T and XD Bit. EM64T (Extended Memory 64 Technology) is Intel’s support for extended operating systems that will give compatibility with 64-bit applications running under those OSes. While allowing the CPU to access larger amounts of system memory-an increase from 4 GB to 16 Exabytes-EM64T, essentially an extension to Intel’s 32-bit architecture, will not improve performance for legacy code. XD (Execute Disable) Bit is similar to AMD’s EVP support, which is logic designed to prevent the running of malicious code that attempts to execute in a memory area marked as a data page, a common trick used by malware authors. As with EVP, XD Bit requires Windows XP’s Service Pack 2 to be installed to function.

The benchmark suite used to evaluate this test system is listed here. As standard practice, 32-bit color and trilinear texture filtering are the default baseline during testing. Anti-aliasing and anisotropic texture filtering are, of course, disabled throughout all tests, along with ATI’s A.I. optimizations. Also, Windows XP Professional is configured to have Automatic Update, System Restore, and all unnecessary startup services disabled. And the licensed version of Fraps 2.5.1 is used to record performance scores unless otherwise noted. While SimHQ traditionally tests the games included in our benchmark suite using high in-game settings, because the clock speeds of the processors tested are so similar, lower, less demanding, settings were used to allow the CPUs to differentiate their performance scores, if possible.