Even on the cross country training missions you’ll find other aircraft out and about doing their own thing. Here a 4-ship flight of Tornados flies overhead on their way to their own training destination. 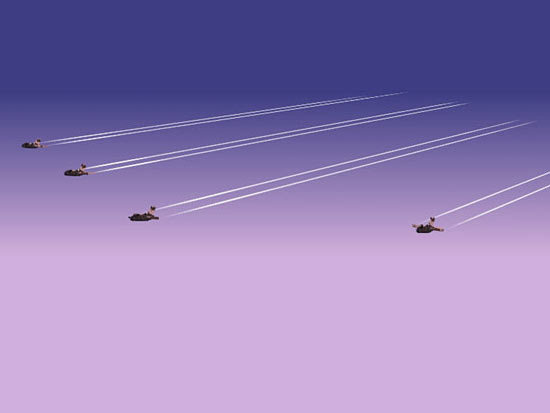 Let’s take a look at what kind of performance we can expect out of the F-22. Taking our aircraft down low I push the throttles up into afterburner (140% power) and let the speed settle. We end up going about 1000 knots which roughly translates to about Mach 1.5. Not too bad! 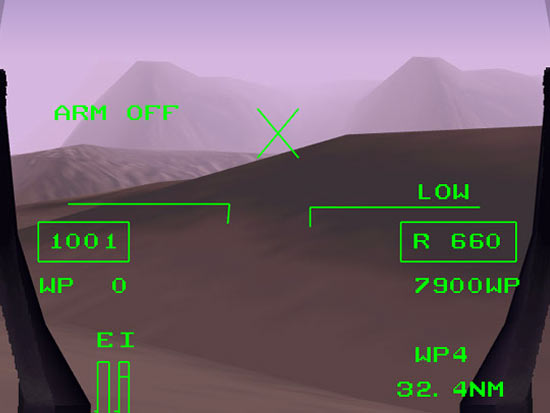 Climbing up to about 44,000’ I again plug in the afterburners and accelerate to maximum level flight, which comes out to slightly over Mach 2 (note: I’ve jettisoned my external tanks for lower drag). You can cover a lot of ground quickly at Mach 2! 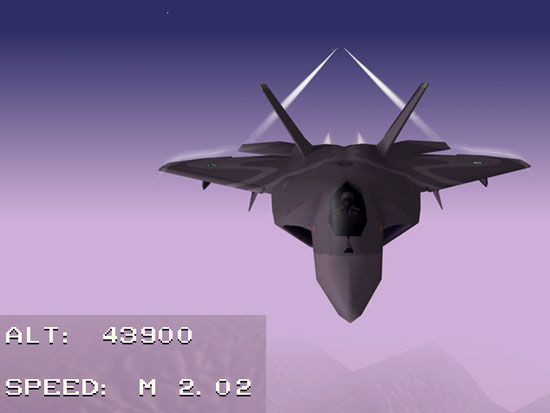 After the speed dash we drop back down to a lower altitude and take a look at the low speed handling of the F-22.  The F-22 sports some unique features that allow it to perform extremely low speed, high angle-of-attack (AOA) maneuvers. First, the aircraft is flown by proxy since the fly-by-wire system interprets the pilot’s inputs to give the desired results. As the original TAW manual indicates, the wing is located very far aft, and the extra large horizontal stabilizers work with the trailing edge flaps to provide precise control over the aircraft at high AOA. Here we’ve slowed to just 82 knots with a huge AOA while maintaining controlled and level flight. 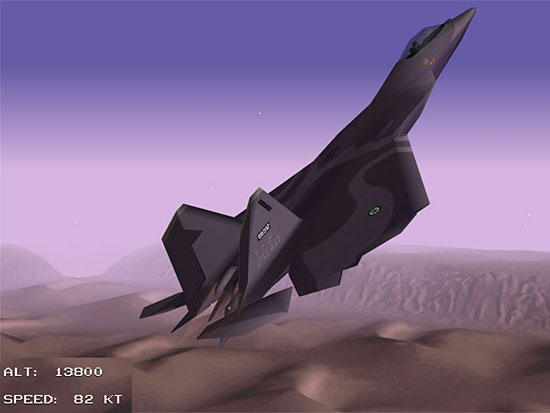