Though darkness shrouded behind me
and the bright day of the screen blinded before me,
your yellow glow reassured me
I was still in control…

Until, of course, it began to show signs of age. The rudder rocker was unable to center, there were some spikes showing in the controls, and the yellow “D” button light began to flicker.

Zero complaints, however, as I got a solid three or four years out of the setup. Indeed, it goes into the closet as a “backup” controller.

I un-installed the X45 and Saitek software using the Control Panel in WinXP, rebooted, and installed the new software on the included disk as per the instructions in the manual.

The manual is very good at describing this function in about six languages. Past that, however, it’s more or less useless.

I rebooted, though the manual doesn’t say one needs to, and it was working!

Saitek has straightened out the driver issues it had in the past. It’s easy enough to work up a basic profile in a few minutes to get me back to where I was with my X45.

It’s a point-and-click affair. There’s a handy set of pictures of the controllers. They rotate and bring up the button in the assignment section on the right when you click on a programmable bit on the left. 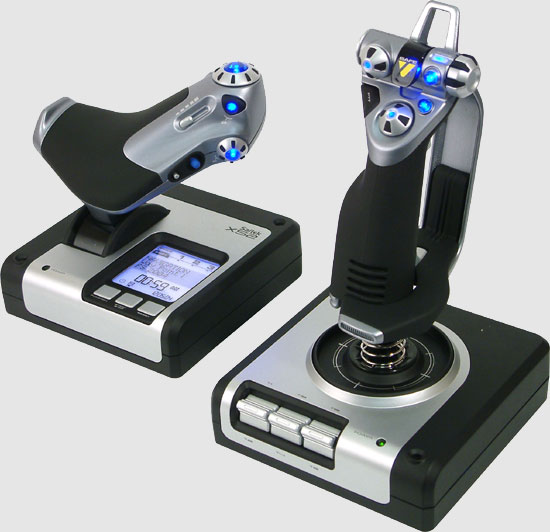