Thanks to the standalone Dynamic Campaign developed by the OFF team you are never going to fly the exact same mission twice, and you are actually able to take part in, and observe the course of the war. In an environment that as closely as possible simulates the entire air war you’ll experience moving fronts, changing fortunes of war as new aircraft are being introduced into service, real targets (12.000 of them) and real, historically accurate weather. Squadrons fly from and transfer to correct historical airfields; hundreds of aircraft are rendered with historically correct and unique skins. The skies are populated by real flights carrying out historical missions.

Downloading maps of Flanders so you can navigate your way around the battlefield makes the experience entirely authentic and complete. 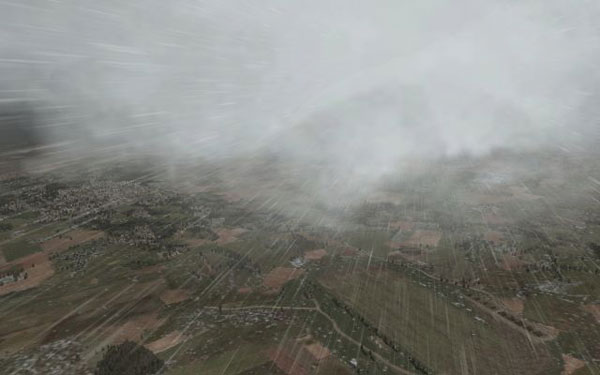 The scope of OFF is truly massive and I can only marvel at how much more is in store for me and fellow OFF pilots because in the short time available to me to write this review I have not come even close to exhausting the potential of OFF, but every time I start a flight, I learn new things.

This amount of meticulously researched detail would most likely never make it into a corporate commercial release with strict stipulations for cost-to-earnings ratio, pay-back time or whatever the term is these days.

With previous flying experience from Flying Corps Gold, RB3D, First Eagles, IL-2, BoBII, Targetware (more like crashing experience with that one), MS Flight Sim series and many others, I know for a fact that I’m a lousy pilot. I tend to get lost easily, I have a hard time figuring out where the other aircraft are, and I cannot hold a given course very well, let alone fly in formation — actually I can’t hold a formation at all. I’m also a terrible shot. Finally, if I can walk away from a landing, it’s been a good one.

Your mileage may vary, but I found OFF to be somewhere in the middle in terms of flight dynamics — or flight model feeling. I’m not talking about whether the aircraft exhibit correct and true to life stall characteristics because I know that the OFF team has been incredibly focused on delivering the right results. Things such as gyro, torque and lots of other aircraft specific characteristics and physics parameters are modeled — for example I found a tendency for an aircraft in level flight to drag towards the left (port I believe is the correct term??) and felt the necessity for applying right rudder on take-off. I’ve also stalled on numerous occasions. I’m concerned with trying to establish if it feels immersive to me, easy or difficult. 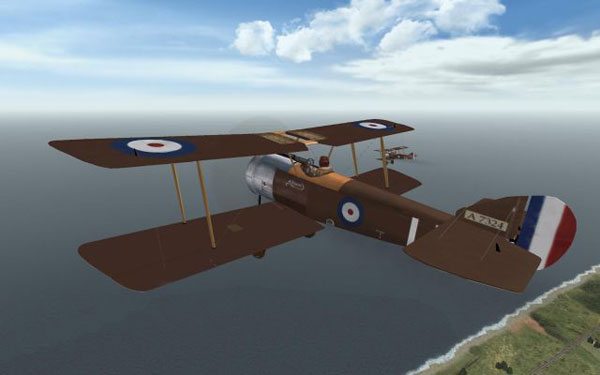 Some of the aircraft, like the SE5a or the RE8 feel very stable in normal flight — some may find them a bit too stable — and I had no difficulty in leaving the stick and dipping out for a cup of tea while the machine flew itself for a minute or two. They veered off course a bit, but no sudden dramas. Certainly there was no need for me to be all over it with a watchful eye and quick adjustments through my hands on the stick. Other aircraft are more flimsy, like the Bristol Scout, or the Pup, both feel very light at the controls and need a bit more attention when flying. The Nieuport 17 is a fantastic little aeroplane and I believe that pilots at the time were very fond of its combination of speed and maneuverability. Of course you also have the slower and heavier airplanes lumbering over the sky when trying to turn them gracefully like for example — the Airco.

Take offs and landings feel fairly intuitive, the slower the aircraft the better my landings, but still these kites demand a bit of respect. I have to take care, and I can’t sloppy-rush a landing without making a crash of it!

With the knee-map available to me I can navigate to my airfield and actually recognize it clearly from the air which I have found to be a bit of a problem for me in other flight sims.

I found that I wanted to minimize the dead-zones for the controller to almost null, and increase the sensitivity a notch to get a more lively and nervous aircraft.

What strikes me is that with OFF, I have a good feeling of forward motion during flying in all angles of attack, something which is not always a given. Some flight sims give me the feeling of being suspended in the air with no discernible motion at all or worse, actually travelling backwards.

All in all I’m finding OFF 3 a pleasure to fly. The flight model seems realistic to me and I’m not having to devote all my consciousness towards keeping the plane straight and level in the air.