So here we are just a little over six years after the release of B-17 Flying Fortress: The Mighty 8th, so how kind or unkind has time been to this flight sim?

I was very pleased that for a game originally released for the Windows 98 / ME operating systems, it runs very well on Vista. No complex or risky registry hacks, Glide wrappers or dual boot OS’s were required for myself (or probably anyone) to get this game to run perfectly in Vista. I just installed the game, both patches, my favorite mods and I was playing the game with all options maximized.

Graphic’s wise this game has faired pretty well, while not cutting edge anymore it still look’s very good. And with the newer Dual Core processors, better RAM , motherboards and video cards of today’s PC’s the issues the game had originally with slow render rates for the ground tiles, aircraft and low FPS during combat on earlier PC’s has mostly disappeared.

What B-17 Flying Fortress: The Mighty 8th does have is some of the most startling and unique effects ever seen in a flight sim. Imagine you’re a tailgunner and look to your 10 o’clock low and see a B-17 first take a hit, lose an engine, then progressively deteriorate till the wing collapses and the crew starts parachuting. Or you see a midair crash between a B-17 and a diving FW 190.

Add the crew call outs of the in-coming enemy fighters, the munitions fire, and the thwack of connecting shells as your plane is attacked and B-17 Flying Fortress: The Mighty 8th makes for a very immersive sim audio wise.

How does a modified B-17 Flying Fortress: The Mighty 8th compare visually with the current crop of sims? See for yourself! Here are some external screens. 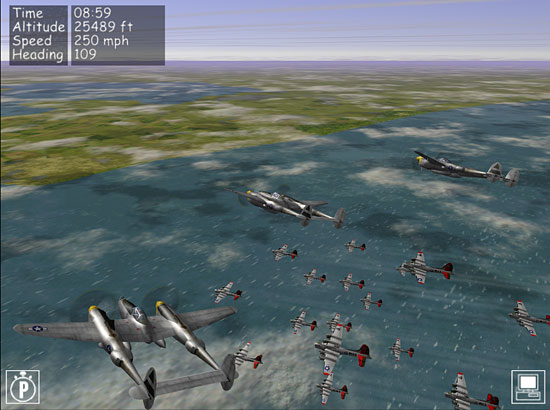 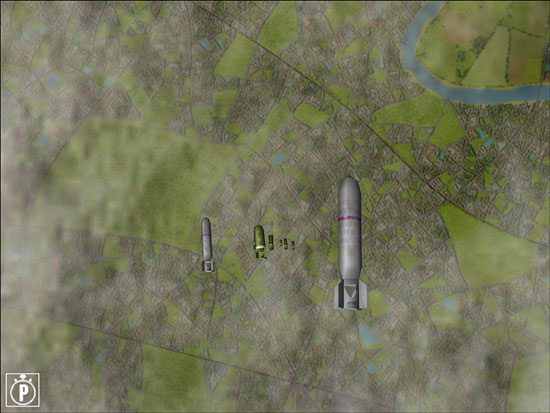 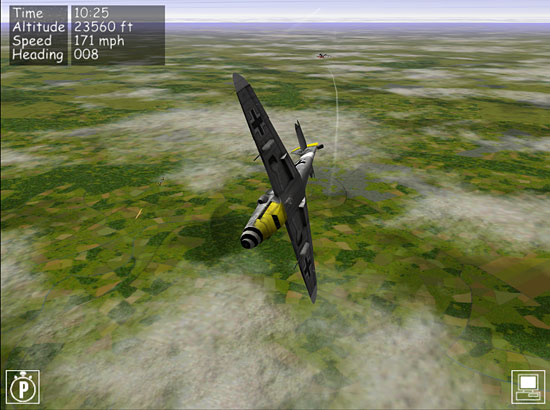 A Little Friend to the Rescue 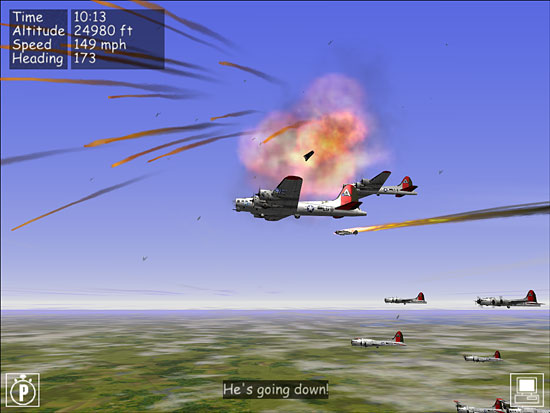 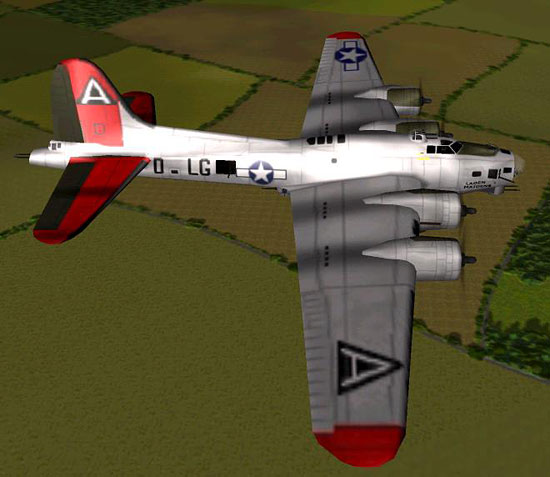 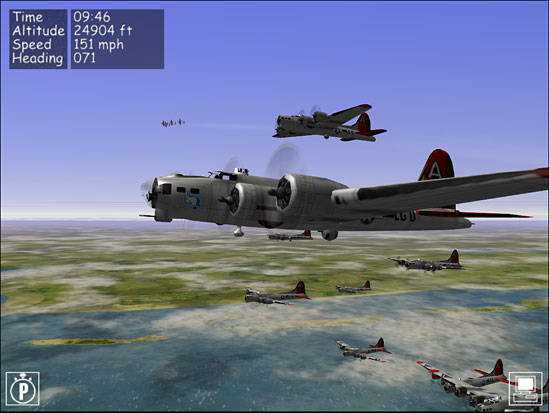 The Flight Forms Up 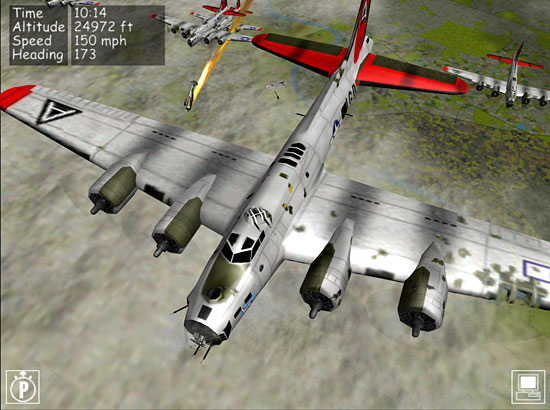 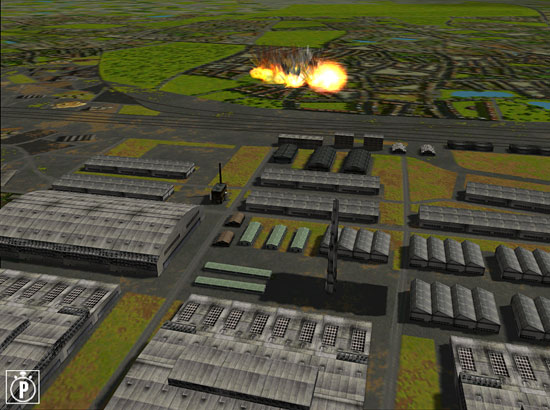 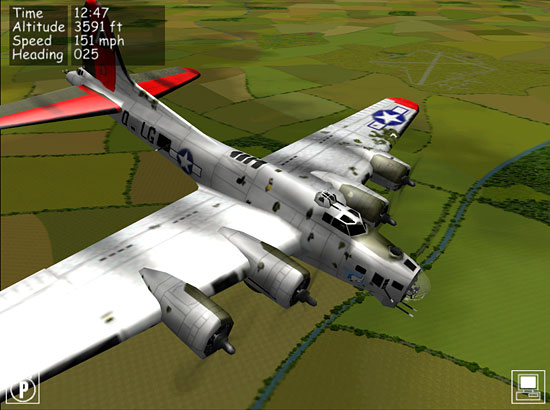 Diving for Home Base 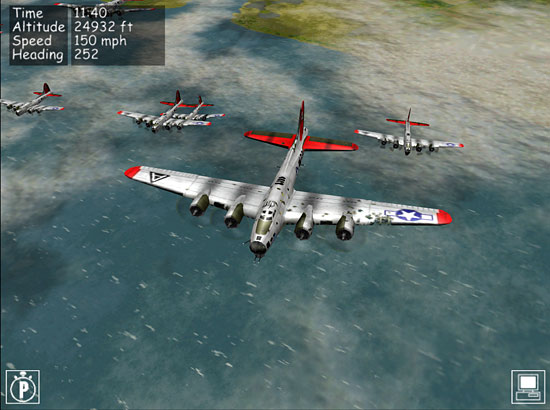 Egress Over the Channel