Simultaneously feature-packed and overwhelming, the number of features available in this mission editor is mind-boggling. Really advanced designers can even write their own lua scripts for AI units to follow. The number of point-and-click options is ridiculous: new triggers, AI actions, failure modes, etc. The same Mission Generator feature that drives the “Create Fast Mission” is available to ease the task of creating a sprawling battlefield. You can set advanced options for the AI like whether to open fire, return fire when fired upon, or hold fire, how to react defensively (drop flares? evade vertically? ignore?), or what aggressiveness level to operate at in general. The GUI manual contains a lot of helpful information on the Mission Editor but, like the flying aspect of DCS: A-10C Warthog, don’t expect to leap the learning curve in a single session. 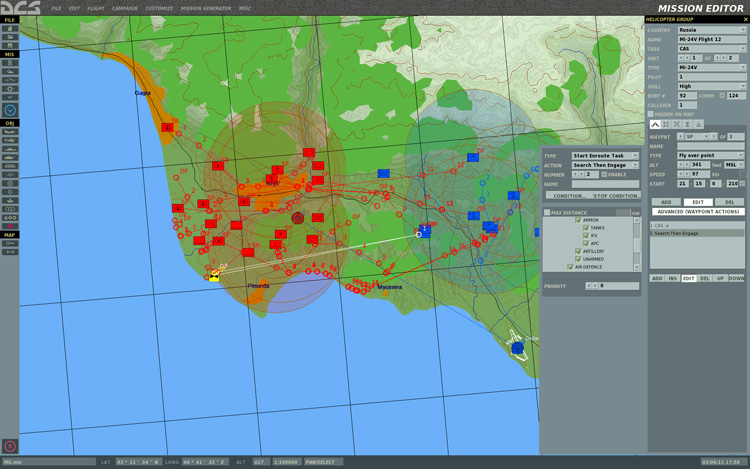 On creation of a new mission file, the user is presented with a list of “Theaters” to select from. Sadly, this list currently only has the familiar “Caucus” listed. The Nevada terrain did not make the final release [sigh] and is planned for a later release. 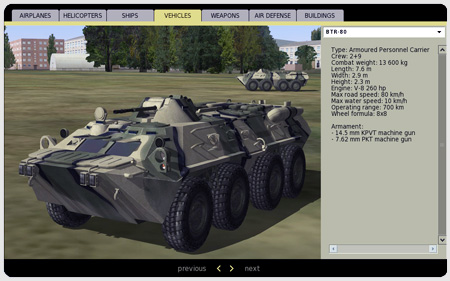 Eagle Dynamics has also included an in-depth technical reference on each unit in the game. Players can look up the stats on their own aircraft and even do some research on their targets and enemy weapons capabilities. The logbook is supplemented with 2D pictures (but not rotatable 3D objects) and the level of information on each unit varies from a single sentence to several pages, depending on the unit.

Players can create a character, even assigning them a player-created photo, and keep track of flying statistics such as flight hours, A-A and A-G kills, landings, and any medals or awards received. Be careful during your aerial refueling practice sessions, though: it keeps track of friendly A-A kills, too!

I’m more of a form / fit / function person than focused on eye candy, but I am very pleased with the DCS: A-10C Warthog visuals. External aircraft textures are extremely well modeled, as are the environmental textures. I still don’t like the way light sources appear as giant blobs from a distance, but this doesn’t detract from my Warthog experience.

In the Systems tab of the Options menu item you can select one of three graphics presets (LOW, MEDIUM, and HIGH) and then fine tune specific parameters such as Textures, Scenes, and resolution of cockpit displays to create a reasonable balance between visual performance and your rig’s capabilities.

Flares in DCS: A-10C Warthog look incredible, especially compared to DCS: Black Shark, and it’s quite something to look back over your shoulder, searching for that incoming SA-14, and see the curling smoke trails from your flares.

The Maverick and TGP views from the MFCDs are well done, as well, especially the IR modes. The IR models are understandably simplified from real world, but quite believable and really helps one “feel” in the cockpit during a night engagement. 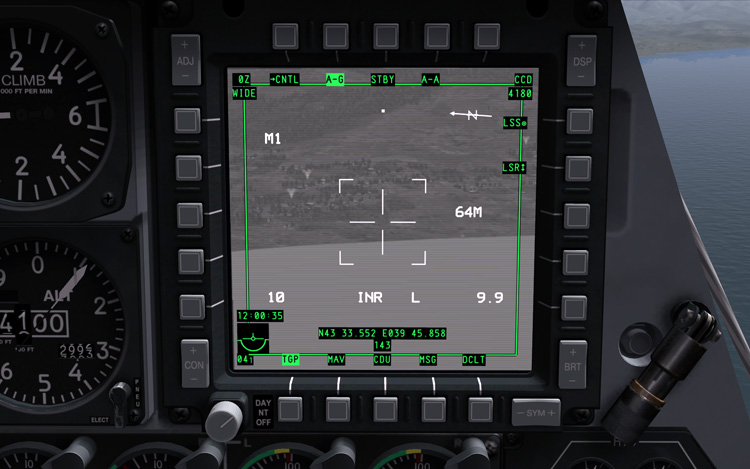 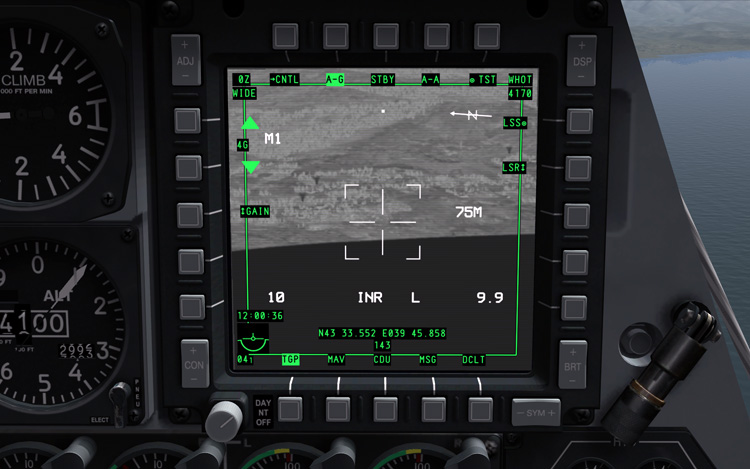 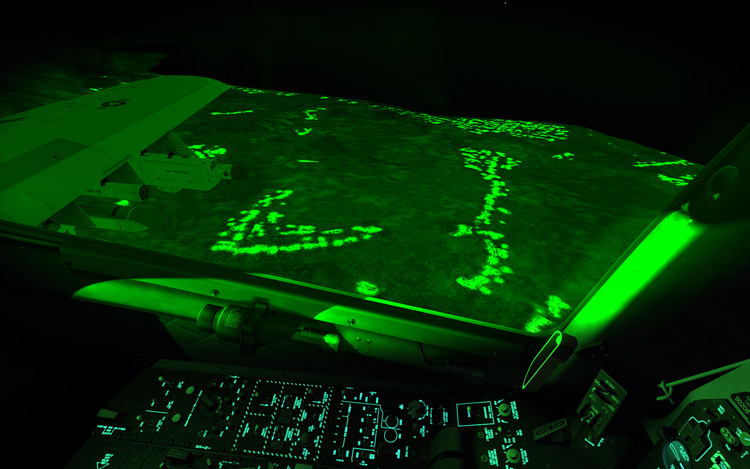 When strafing tanks with the glorious and awe-inspiring cannon (an experience every DCS: A-10C Warthog pilot should enjoy often) smoke puffs over the nose of the cockpit and, a few moments later, the target is surrounded in 30mm sparkles — a view only slightly less satisfying than the burning hulk left behind once the smoke clears. I love this plane!

Early beta versions of the game had serious performance issues — single digit frame rates, especially when firing the cannon, were a common occurrence, even on performance rigs — but the developers have done a good job in code optimization in the released version. At highest graphics settings I regularly get 60-80 frames per second with only very rare and fleeting drops below 30 fps.

I was not a fan of the HDR in the beta, but the look has been greatly improved in the final release. Although some of the warning lights in the cockpit look blurry (are the pilot’s eyes modeled with astigmatism?), the HDR effect when looking into the sun is impressive. Like most other games, the use of HDR will be a personal choice, but I think the latest iteration will have more fans than the previous versions. You can see a side-by-side comparison video here to make up your own mind.

DCS: A-10C Warthog has also added small details to the terrain like bushes, rocks, and other objects that increase immersion when flying low or viewing ground forces from an external camera. The amount of clutter can be a hit to FPS, so the option is implemented as a slider bar: you pick the level of detail that your system can provide. With the digital release just a few weeks old, Eagle Dynamics has already released patch 1.1.0.6 with a number of bug fixes and updates. The plan is that instead of a large incremental patch from time to time, Eagle Dynamics will provide smaller but more frequent updates. Given that new changes can break multiplayer compatibility and track playback, I’m not too sure just how excited I am about more frequent updates, but time will tell.