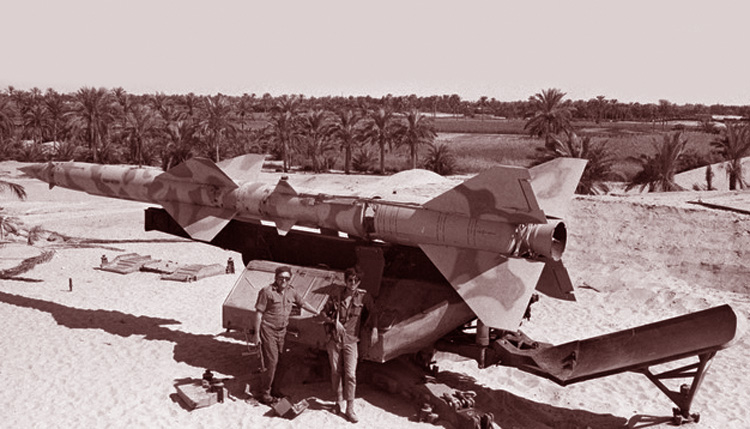 Let’s face it. In a world dominated by air combat and ground combat titles, you don’t often get to see the supporting arms in action from their viewpoint. Most of us have only seen air defense units either in the HUD when executing a CCIP attack, or in the MFD when dropping a laser guided bomb on them, or when we see that long, gray smoke trial describing a death-arc right to you… generally when you’ve already dodged one or two and you’ve got no E left and nowhere to go.

Well, thanks to one hardworking Hungarian calling himself “Hpasp,” you can!

Enter SAMSIM, a completely one-man-show that is designed as, and billed as, a “realistic to the switch,” über-hardcore procedural representation of four of the most notorious surface-to-air missile systems fielded by the Warsaw Pact during the Cold War. The latest version can be found at its own web site. Currently, it models four systems, all of which are still in service in the modeled form in the less-advanced parts of the world:

The four systems represented here run the gamut of the old-style defense-in-depth Soviet air defense system. In the 1950s and early 1960s, the Soviets knew something that the West did not: That Western aircraft were vastly superior to theirs, both in numbers and, with the exception of early Mikoyan-Guerevich fighters like the MiG-15 and 17, in combat power. They greatly feared a U.S. first-strike with nuclear weapons, perpetrated by fast bombers like the B-47 that even MiG-17s had a hard time catching at altitude. Additionally, during the 1950s U.S. reconnaissance aircraft, such as the RB-47, RB-50, and RB-57, and later the RC-130, RC-135, and the venerable U-2, prowled the borders of the Warsaw Pact nations and in the case of the U-2 even over flew the Rodina, with total impunity from the swarms of angry MiG-15s and MiG-17s that didn’t have the ability to reach their altitudes. Nikita Sergeyevich was outraged. Something had to be done.

The USSR responded to the reconnaissance and bomber threat with development of a completely separate division of the air force, which was referred to as the protivovozdushnaya oborona, the air-defense force. Not only did it have its own interceptor aircraft, culminating in the development of the Sukhoi-27, among others, but it also controlled the homeland anti-aircraft missile force. The system was designed in concentric rings, with extra-long-range missiles at the tip of the spear. This was the domain of the theater system, the S-200. First deployed in 1966, the Vega is still in service in 15 nations, including one battery in its native Russia. With a maximum range of 162 nautical miles, it was the first Soviet-bloc missile to feature terminal radar homing despite initially being dependent on radio command and it was effective against targets flying as fast as four times the speed of sound. Inside the maximum range of the Vega, the S-75 “Volhov” takes over. This was the first strategic surface-to-air missile fielded by the Soviet bloc, and reached initial operating capacity in 1957, at the height of the controversy over U.S. air reconnaissance flights. In its S-75MK “Dvina” version, this is the missile that plagued the U.S. Navy and U.S. Air Force over North Vietnam between 1965 and 1972. Command guided with terminal semi-active radar homing, and good for approximately 66,000 feet in altitude at 28 miles downrange, its radio-controlled blast-fragmentation warhead had a lethal radius of between 200 to 250 feet. Twenty nations still employ the S-75, and it is still produced by China as the HQ-2. Its last known combat use was in the summer of 2011, by elements of the Free Libyan Air Force. A PVO S-75 is responsible for the April, 1960 shoot down of a U.S. Air Force U-2, piloted by Francis Gary Powers, over Sverdlovsk in what became the most infamous of the U.S. Cold War reconnaissance flights.

Where the S-75 ends, the S-125 “Neva” begins. First fielded in 1963, this is still one of the most dangerous missile systems in the world. In service with 24 nations to this day, this versatile short-range system has the ability to guide two missiles in salvo to a single target at 59,000 feet altitude and 22 miles downrange. Unlike the S-75, which has a minimum altitude restriction of 3,000 feet due to the operating limitations of its radar system, the S-125 is effective down to 100 meters, allowing it to pick out targets from ground clutter and fire to devastating effect. Later models are capable of optical or infra-red target-tracking, to eliminate radar pulses and still allow radio-command guidance to target. S-125 is a command-line-of-sight system, not a semi-active radar-homing system. It is the S-125 “Neva” that is credited with the only combat kill of a “Stealth” aircraft, an F-117 “Nighthawk,” by 3rd Battery, 250 Missile Brigade of the Serbian Army, in 1999. The “Krug” completes the quartet. Reaching initial operating capacity in 1967, this is a fully mobile system consisting of three radars and several self-propelled launch vehicles. This is a division-level system, comparable to the U.S. Army’s HAWK system, able to engage targets as low as 100 meters, and able to take targets as far away as 34 miles downrange at 80,000 feet. Currently, six nations field the Krug.

Let’s talk about the sim, now that we’ve seen what it models. Keep in mind that first, this is a one-man project, and so you should forget about flashy graphics: You won’t see any 3-D models of missiles blasting into 3-D aircraft here. This is a procedural sim, with a loving attention to detail. 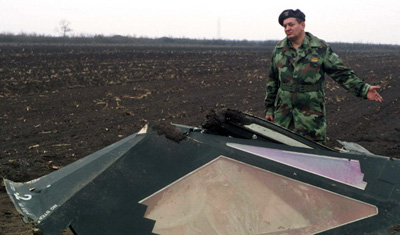 Its creator, “Hpasp”, is a Hungarian who grew up with these systems protecting his country. Only recently were they taken out of service, as the Hungarians embark on their alliance with the NATO nations. As a result, there are many Hungarian military veterans who served the S-75, S-125, and S-200 batteries of their nation, with considerable knowledge of its operating systems. They’re active on a Hungarian message board. They’ve collaborated in the design and testing of SAMSIM, as a way to keep alive the legacy of these machines.

They have a museum in Hungary where these systems are exhibited, and “Hpasp” is active in a project to restore at least one of the radars to operating condition. Additionally, “Hpasp” has had access to a SAM legend: Zoltan Dani (above right), the ethnic Hungarian Serb who commanded the 3/250 in 1999, and who still keeps pieces of his famous plane downing in his garage.