SimHQ: Are there things with YAP 2 you’re still working on? If so, will there be a patch?

JS: If we can get it to work with TK’s new patch, yes. It works with Vista unpatched. The only thing still in the works are a few aircraft we need. We might complete the Nimitz series for people to use or we may need them ourselves for one of our game ideas. Aside from that, any further moves are going to be in a very different direction.

SimHQ: Would another game engine have advantages over TK’s?

JS: I looked at several. IL-2 was for sale for too much. It’s very good for the steppe. But I don’t like the way the art pans out. I was offered something probably stolen from Northrop Grumman but would not start to consider it. I talked to Jet Thunder, Battle of Britain, and on and on. I was afraid that I would run out of customers as TK’s game disks began to disappear into garage sales. But, I like TK’s look very much. He is extremely experienced in the medium and knows what look he is going after. It just looks like airplanes look to the human eye. Put a model in motion in a Third Wire game and you are there! 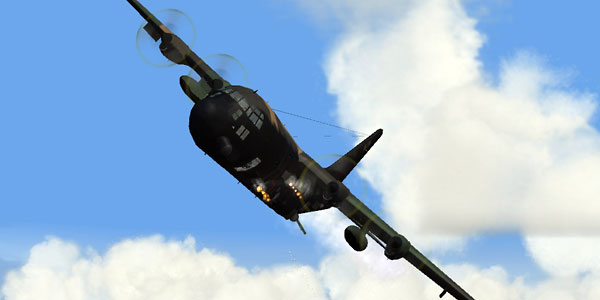 SimHQ: Follow up question, how complex is it to layer a big project like YAP 2 over top of WOV?

JS: It might be hard with other games but TK left the door open on purpose. One can do anything on the Third Wire engine if you believe you can, have time to test and realize there are only two things: programming and a picture. There is nothing there. That knowledge sets you free to do almost anything. Deep within YAP are things we used to call YAPCRAP… tricks based upon things that went wrong. Ship’s lighting as solved by seeing the obvious. Taxiing out of covered revetments was obvious once you saw it for what it was. It’s because TK’s game is so believable to the senses that things seem difficult sometimes. I had heard that the fuel was set before the game and that was that. But what happened when that fuel needle moved down? And what would happen if it moved up? Hey, stupid, there is NO FUEL. This is a game. If the needle goes up the game clock starts ticking off that amount. Refueling.

SimHQ: Do you find it somewhat exasperating dealing with some of the Third Wire community in the various forums?

JS: Sometimes. I think anonymity allows some people the freedom to behave in ways they never would in person. I live in LA. People behave like animals when there are no repercussions for ones actions. The guy blowing his horn to express his exasperation at the world would not say squat to your face. Overwhelmingly, the people I deal with in YAP are fair and decent… and trustworthy. (I showed them the refueling video 6 months before we showed it to the world and there was never one peep.) But the ones who feel a need to behave like monkeys seem to want to do it publicly. During the firestorm that was started when we first started, I received one personal message in all that invective. One. People did not want to say something to me. They wanted to say something for each other.

SimHQ: Good luck with YAP2 and your future projects, John.