From my research into all matters airborne, I came across a very interesting incident from 1968 and in the spirit of the popular SimHQ Feature Series, “Read It Do It” by Chris “BeachAV8R” Frishmuth, I offer you this fascinating glimpse into our fairly recent past.

April 1st, 1918, the Royal Air Force was formed on the backbone of the Royal Flying Corps.

Fifty years later, in 1968, the proud achievements of the RAF during World War Two and especially during the summer of 1940 in the Battle of Britain had all but slipped from the minds of official Great Britain, in a decade that was to see Beatlemania, flower-power, fashion expressions like the mini-skirt, huge sideburns, long hair and bright colored clothes.

It was also a troubled time, post war rebuilding had been completed and society now boasted benefits like the National Health Service. Unions were very powerful as coal-miners’ strikes proved on several occasions.

British car industry suffered from strikes and failing quality, and the aircraft industry was in a deep crisis from projects that went from success to disaster; e.g. the Comet airliner, and projects that were mismanaged, or canceled, like the TSR2, often after millions of privately owned capital had been spent. Neither industry recovered.

Some projects did make it off the ground; the V-bomber force consisting of Valiant, Victor and Vulcan. 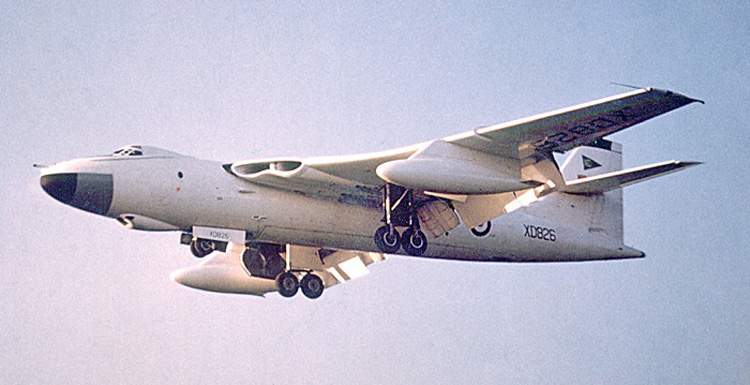 The Labour Party led by PM Harold Wilson was in power, and incredibly, at the time a secret coup plot orchestrated from within the ranks of the secret service community was stirring, based on the assumption that Wilson allegedly was a secret KGB agent. The object of the coup was the toppling of the legally elected government and replacing it by a Lord Mountbatten-led nationalist government. Fallout, of paranoia following the scandals surrounding the exposing of Philby, McLean and Burgess; the Cambridge spy-ring.

For the fiftieth anniversary of the Royal Air Force, squadrons naturally assumed that this momentous day would be celebrated and commemorated appropriately by fly-pasts over London.

However, as the day itself grew nearer, official plans for the celebrations did not include any aircraft flying valiantly over the Capital of the country that half-a century before had been saved from Nazi domination by the “few” of the RAF, the pilots who in many cases were maimed or killed in their desperate fight to meet and repel the massed aerial attacks of the Luftwaffe. 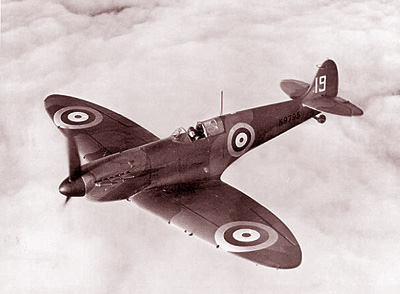 No aircraft were to fill the skies over London with memories of those achievements when Britain was the only country fighting the war against the Nazi regime; a ground parade was deemed quite sufficient by official Britain.

This news was not received well within the squadrons of the RAF, and handlebar mustaches must have been drooping and pointing downwards in disappointment as a consequence.

Enter Flight Lieutenant Allan Pollock of No. 1 Squadron — the oldest squadron in the service, a fighter pilot with a rating from Cranwell RAF Training College as “exceptional”.

A number of leaflet raids were planned and sanctioned by the squadron; basically visiting other RAF squadrons “beating up” their aerodromes and in the process “bombing” these with assorted leaflets.

April 4th saw Pollock in a group of four Hunters on a visit from West Raynham to Tangmere airfield to celebrate anniversary week, a party ensued and some champagne was consumed.

Suffering from a bad cold — which later turned out to be developing into pneumonia – and treated by himself with anti-histamine, as well as drugs prescribed by the West Raynham station doctor, combined with a bit of champagne as well as lack of sleep, Pollock himself hinted at the possibility that these circumstances perhaps were in part responsible for how his day in the office, April 5th developed.

Flying back to West Raynham on the 5th, Pollock set out on his own, losing the other three Hunters and approached London at low level, his Avon engine throttled back in order to minimize noise pollution from his jet. Years before the term noise pollution was coined!

With London Airport, later to become Heathrow, as the initial point, and the weather over London “still one of those rare perfect, 8/8 Gordon’s, crystal, gin clear days when all the colours shout out brightly”, Pollock followed the twisty Thames and made for the Houses of Parliament where he circled three times, thrice, as Shakespeare would have put it, using full engine power to maintain his circuit, thereby adding the voice of the Rolls-Royce Avon to the debate in the parliament building!

Preparing to exit London, Pollock suddenly found himself in front of Tower Bridge with a split second available to him to decide the age-old question… over or through?

Being a fighter pilot, of course there could only be one answer.

Here is Flight Lieutenant Pollock’s own account of the proceedings, Why I Flew my Hunter through Tower Bridge – 5th April 1968,including the aftermath in terms of disciplinary action.

Now it’s my turn to try and recreate history 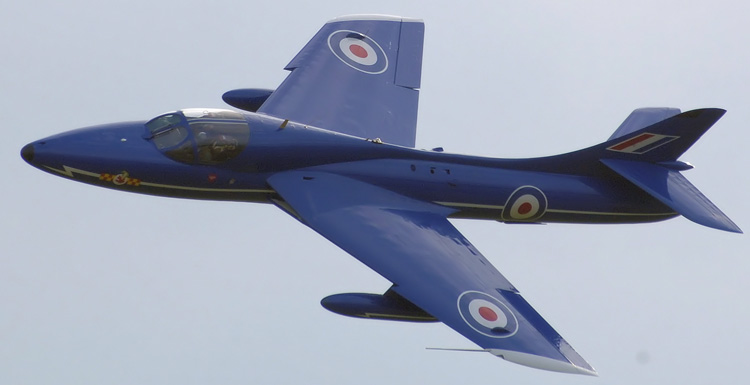