The game opens with a series of quick tutorial missions which help you to learn the game. At the start of each mission, you receive a short briefing on the tasks and conditions for victory. Mission objectives are usually fairly basic: sink some ships without losing too many of your own, prevent an enemy task group from reaching a goal line, protect an airfield from attack, et cetera. 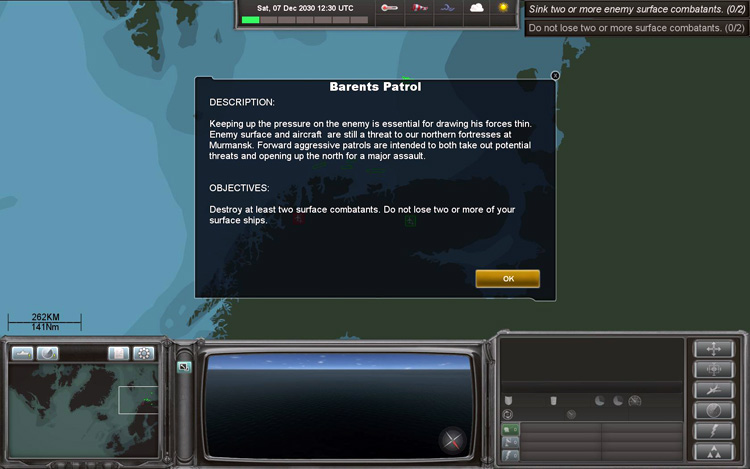 Naval War is set in the not-so-distant year of 2030. Resource-strapped nations are in the midst of an “Arctic scramble” to seize and exploit previously untouched pockets of fish and oil resources made accessible by a receding polar ice cap. The game’s single player consists of two campaigns — one Russian, the other NATO — of about ten or so missions each. This campaigns are generally played out in concurrence with each other, which is to say that you’ll be defending Iceland from invasion in one of the NATO missions, and actually doing the invading in one of the Russian missions. Each campaign mission is introduced with a newspaper front page briefing you on current events, and a short dramatic text dialogue between you and your hastily hand-drawn superiors. These dialogues are unintentionally hilarious; as the Norwegian one-star trying to earn your first major staff command, you’re constantly berated by a higher-up for allegedly cheating at a game of Yahtzee. I’m not making this up. Your character even breaks the fourth wall at one point, commenting how great the “new war room software” is after completing a training exercise, that is, the game’s tutorial. 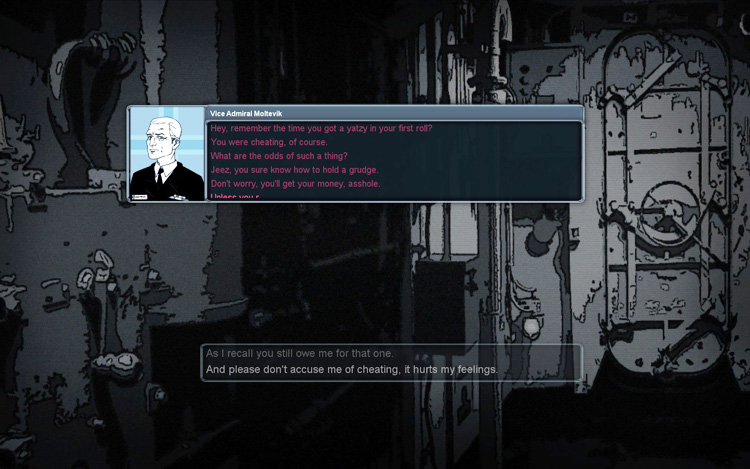 The missions are all pretty well-balanced and challenging. If you get tired of the goofy intros as I did, you can actually play them as single missions in any order. This brings me to my next frustration: between the two campaigns, there actually aren’t that many missions included in the game. There doesn’t seem to be any element of random unit placement that I can see, so these missions have limited replay value. Bummer.

Multiplayer setup is a breeze. At the time of testing, there was no real match-making component working, but if you have some buddies on Steam you want to play with, just shoot them an invite and you’ll be put into a lobby with them. The multiplayer component is strictly one-versus-one at this moment, but it’s pretty interesting, as you’re playing against an often unpredictable human fleet commander rather than the AI. 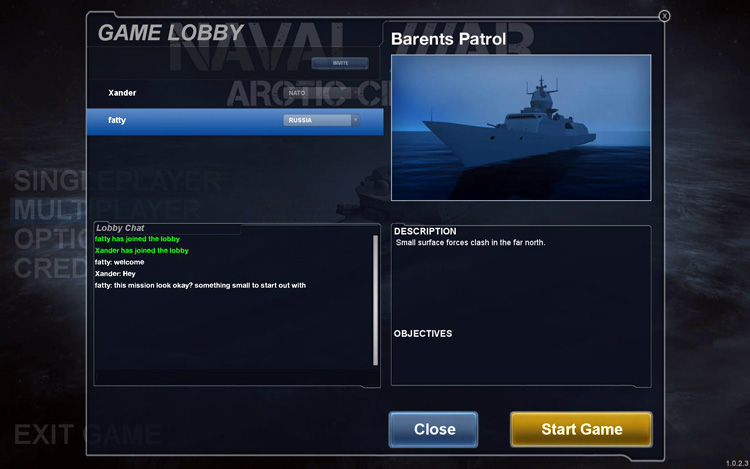 Unfortunately, after I thought there were too few single player missions, I found out there are only four multiplayer missions that ship with the game. This is way, way too few, considering that multiplayer is the aspect of the game that I think could really shine the best. Multiplayer also brought out some annoying glitches in-game. The chat box would mysteriously only work about half the time. Time acceleration, which under normal circumstances picks the median point between what you and your opponent select, went haywire mid-game and jumped all over the place for a few seconds. Again, not really game breakers, but frustrating nevertheless.

I opened by wondering if Naval War: Arctic Circle would either sink or swim in this relatively narrow interest area in the gaming world.Naval War definitely has its flaws, and they’re not pretty. But I’m of the opinion that when a developer manages to bring a new product to a niche genre, be it naval games, WWII flight sims, or tactical shooters, it’s never a bad thing. Remember, too, that Naval War is priced pretty competitively at only around $20 USD. That’s a trip to the movies. If this was a $60 USD title from a AAA studio, I would not be able to recommend it.

The developers are also pretty active on their boards, and have promised to release a mission editor at some point. Patches have been coming slow and steady and have already made a few big strides with some early issues that I had. It’s still a very enjoyable game for what it offers. I’ve gotten my money’s worth out of Naval War: Arctic Circle, and I think anyone with any interest in this type of game will as well. 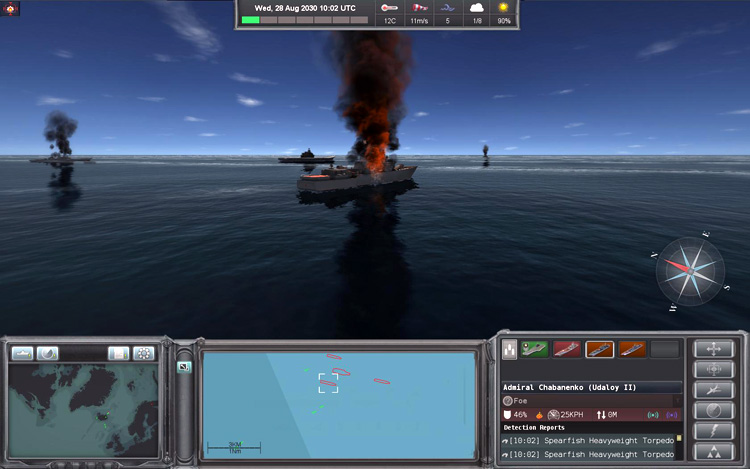