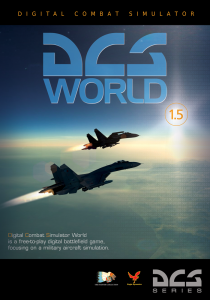 Well, it’s a new year. Time to make and break resolutions and prepare for a whole new year of events, news, and goings on. January, and in some ways, the entire first quarter of a new year, is a little bit like the summer for the game’s industry (sans E3). Developers and publishers have usually just released their big games, and like most of us, went off to vacations and holidays for the end of the year. It’s a time when the industry quiets down for a few weeks and does what we all do at the beginning of a new year… relax and then begin prepping.

That said, there are always a few developers out there still plowing forward with updates and releases. In fact, Eagle Dynamics released update 1.5.2 right at the close of the year. If you haven’t been participating in the open beta (why not?), then 1.5.2 will be a substantial update for you. The Nevada NTTR map is still coming in 2016 (cross your fingers), but in the meantime, you can get a small glimpse of it, here. Update 1.5.2 may have released a few days too late, but it was a nice Christmas gift from Eagle Dynamics. Hopefully all the devs working so hard got to take some time off for the Holidays!

The complete 1.5 update is quite large, but 1.5.2, itself, includes a couple nice tweaks. In particular, the memory leak which had given some users strife is reportedly fixed, as well as the CTD’s related to ordering wingman on recon tasks. In fact, at lot of the performance related issues (or at least a good measure of them) have been addressed in 1.5.2. These updates may not be flashy, but I, for one, am looking forward to fewer problems. Also, make sure you’re using the Module Manager to update your game, as the dedicated installers are going the way of the dodo bird.

So, what games (sim or otherwise) is everyone looking forward to this year?