Welcome to the second in a series of articles discussing different aspects of squad and team level virtual combat. All of this information is taken from real world sources and modified for gaming purposes.

In today’s briefing we will be discussing the squad and fire team formations and when to use them. Of course we will also discuss when not to use them.

Formations are arrangements of elements and soldiers in relation to each other. Squads / fire teams use formations for control and security. Leaders choose formations based on their analysis of the different factors of the mission. Leaders are up front in formations. This allows the leader to lead by example, set the pace, and direct the action. All members of a fire team should be able to see their fire team leader at all times.

The best time to use a column formation is when you are pretty sure the area you are in is secured (in front of enemy lines) and you need to get from point A to point B quickly. 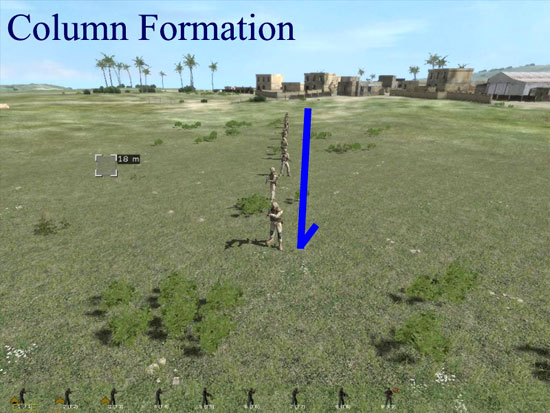 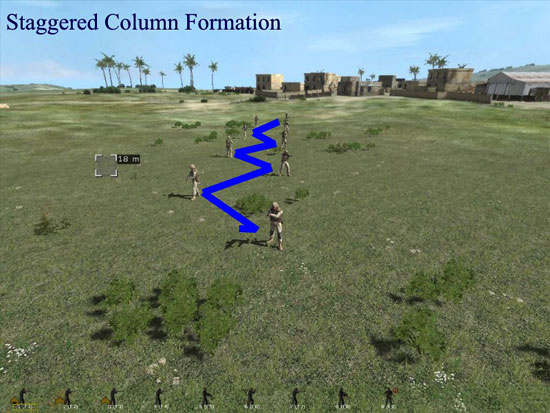 It’s What Would Have Happened If ABC News Was Right… Page 2
Tactical Briefing 02: Formations Page 2