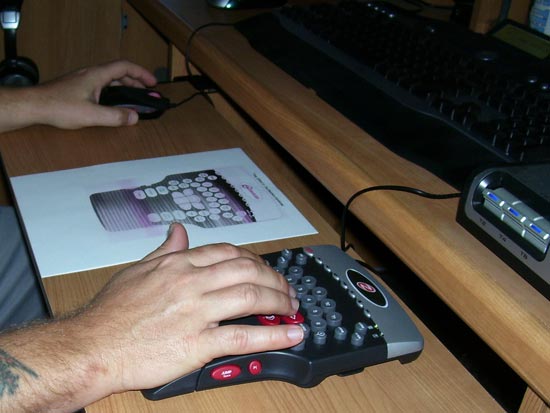 I’ve always liked the zBoard concepts, but never got one because I’m a left handed gamer. That means I use my mouse with my left hand, and reprogram all my games to use my Num Lock keys for movements and action.

I was browsing GoGamer one day for those occasional rare PC imports and hardware specials they like to announce once in a while, when I saw on the front page a USB PC game pad titled Z Fang. I went to the official web site www.zboard.com to get more information.

From the web site:

I ordered one for $34.90 from GoGamer; at that price I questioned how strong and rugged it would be, but also decided I could chance it with a 40 dollar price tag.

I received my new toy a couple of days later in a nicely designed box and wrapped in protective plastic — no assembly required. Typically, it came with the program disk that, as I discovered when installing it, is outdated so you might as well throw it away immediately since the 4 page guide instructs you to download the latest Z engine program from the official web site.

Luckily, I read the directions first because usually with USB products you install the software first then connect the device. Not with the Fang. Simply connect it to a USB port and Windows will find the new hardware and automatically install it. No problems on the hardware install were encountered on my machine.

I inserted the disk and installed the Z engine software program. It installed but when I tried to launch it I got an error message. So as an experienced gamer would, I un-installed it and tried again. The same error occurred so I went to the official web site and downloaded their latest version, did a new install after cleaning my system of the old and sure enough — got the same error message. I then took a virtual trip to the official web site, signed up and filled out a help ticket. I got a response within 24 hours with a fix. I had to enter my registry, which is something I don’t like doing much, and change a simple value from 1 to 0. The program then worked immediately. So after a day long delay, I was up and running with my new device. 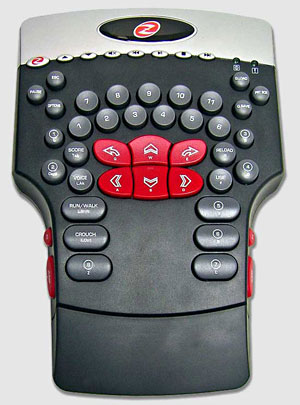 The device is made of plastic but based on just a few days of use it seems rugged enough — even under rough conditions when the enemy was clearly using an aimbot or another cheat on that last kill and I slammed my hand down on the Fang in a semi-bit of rage.

The keys are laid out nicely but still feel a little cramped to me, though not enough to cause a problem; but just like when I finally got my IR Tracker years ago, it will take some time to get used to it. I hated the Tracker the first 2 weeks I had it, almost returned it, but now I couldn’t live without it whenever I take a break from the land battles and move up into the clouds.

With the Fang, it’s not such a big leap from a keyboard, so it shouldn’t take as long to get used to the device.

The Fang has tons of keys: the movement keys, of course, and just above those, number keys 1 to 11 for mostly weapon/equipment choices, Run/Walk toggle, Crouch and Prone keys are below and left and right, and the Score, Reload, and use keys are immediately to the left and right of the movement keys. The device keys are laid out very well and are on both sides for right or left-handed access. A power light shows you when the device is on and used in default mode like a regular keyboard, and another shows when you have a profile loaded for a specific game.