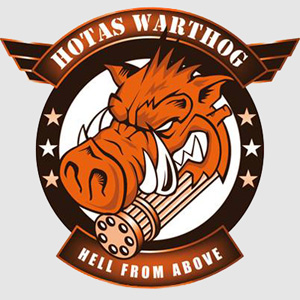 About two weeks ago a FedEx truck worked its way up my driveway. I danced a small jig at the fact that this guy actually knew how to drive his truck and he didn’t take out any of my trendy solar powered driveway lights like “Brown” did. To add to my good fortune he was delivering a special package: a brand spanking new Thrustmaster HOTAS Warthog. In my previous life, where I didn’t have a 6 month old kid, I would have torn open the packaging and sat down in front of the computer for a caffeine powered 24 hour love fest with this new piece of hardware. In my new reality however, poopy diapers and thawing breast milk were the order for most of the day. I took advantage of the afternoon nappy time, however, to break open the box and behold the goodness within.

I’m reminded of the scene in Jurassic Park when the little snot kid, that unfortunately doesn’t get eaten, picks up a pair of night vision goggles while in the back of a Land Rover. “Izzy” from Miami Vice turns around to the kid and says: “Are they heavy?” To which the kid replies, “Yes”. Izzy goes on to say: “Then put them down, they’re expensive…” Well, hefting the box containing the HOTAS Warthog confirmed the box meets both criteria. SimHQ’s Technology Editor, Joe Keefe, already covered in amazingly precise detail the packaging of his Warthog, so I’ll skip that and just confirm that the packaging is well done. My Warthog (actually, it’s Reschke’s HOTAS Warthog) was unblemished and smelled wonderful coming out of the packaging.

Allow me a brief summary of my HOTAS history, because I feel it is pertinent to my observations. The only two HOTAS systems I’ve ever owned were made by Saitek: the X-45 and the X-52. I wore the X-45 out after several years and my X-52 has been serving me faithfully for the last 6+ years. I like Saitek products much like I like Hondas: they work, they start every time, and the price vs. value is skewed in the favor of them being good bang for the buck. But I once drove my Dad’s Jaguar XJ8 convertible and I quickly realized that my Honda was in fact, just a Honda. And so it was with the HOTAS Warthog. I fell in love. Just holding it (cradling it actually) I could feel the cold from the aluminum and steel penetrating my hands. It felt, as Jim Carrey would say, “gooood”. 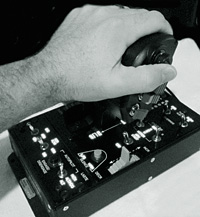 I placed the Warthog on my desk on a pristine white towel. I plugged the cords into the USB ports on the front of my computer and the mint green glow as the lettering on the throttle base lit up was accompanied by the faint refrain of “Hallelujah, Hallelujah, Hallllleeeellluuuuujahhh!”Something flickered at the bottom right of my screen that might have said something like“Hardware Detected – This Is Going to Hurt Your Checking Account Sucker”. 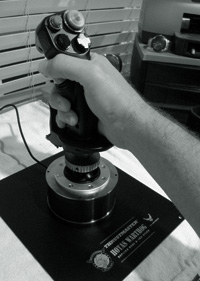 Whatever. I was transfixed by the lettering on the throttle. I flipped switches. Toggled toggles. Slid sliders. Pushed buttons. Coolied the coolies. After five minutes I needed a cigarette. They say the first time with a Thrustmaster is always the best. Yep… it was “goooood”.

So after playing around with the stick and throttle for a bit, I reached my first impression: that this stuff was Grade-A material. The toggle switches, trigger, and hats have a firm and authoritative feel to them. The throttle movement is smooth and the stick throw is beautiful. With two fingers I tried to wiggle the stick around to feel for some play, then moved over to my admittedly worn down Saitek X-52 and there was no comparison. The Warthog had zero play at all whereas with the X-52 I could move the top of the stick about the circumference of a dime before any input was actually realized. That feel is just my impression though, but it seems to jibe well with Joe’s awesome output graphs that compared HOTAS accuracy. Having flown aircraft for a couple decades now I can positively state that the Warthog actually feels like something they lifted out of a real airframe. I was impressed. And I started to feel a bit ashamed for so quickly forsaking my loyal Saitek companion. As I write this he sits over there, looking rather sad and dejected and, I dare say, limp. No doubt he is waiting for the day I box up this Warthog and send it along to Reschke so that he can once again take his rightful place upon my desk. But I hate to break the news to the Saitek… I’ve driven the Jag my friend. 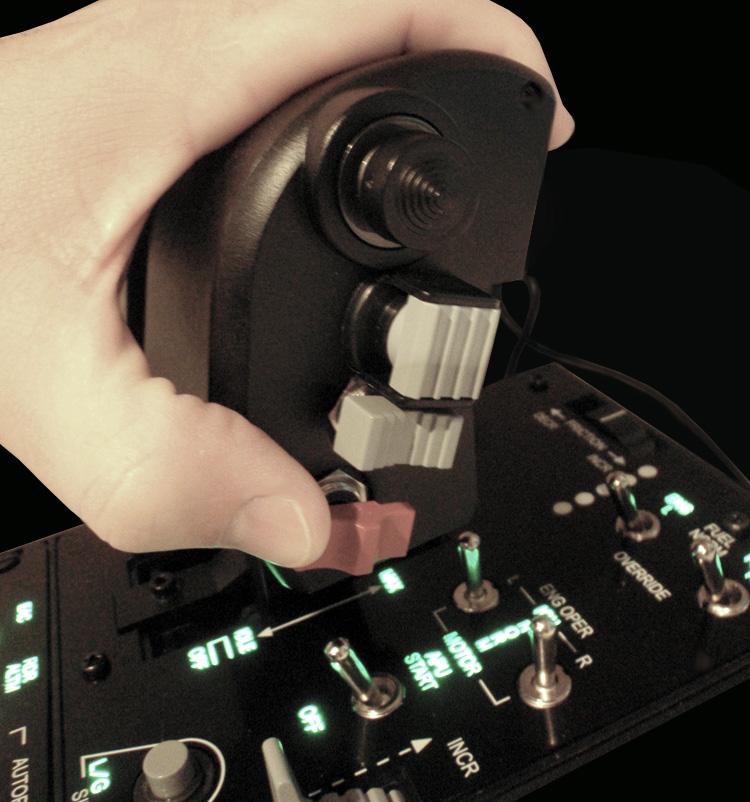