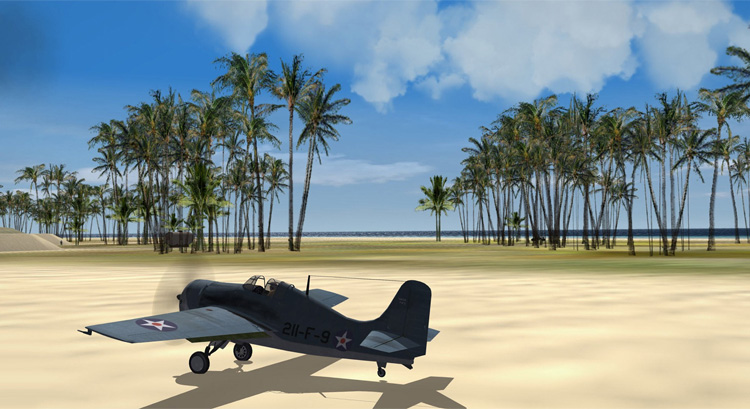 Overall I have been pleased with Rising Sun and I have enjoyed playing and flying the missions in the game. I haven’t flown them all, but the dozen that I have gotten into have been well designed and sharply crafted. There is no sterility in these missions. There is an attention to detail in many of these missions that is impressive.

Some things seem silly. For example the coolies on the airstrip (they don’t move) but other additions are quite impressive.

The ship models are extremely well done. Games in the past have neglected accurate ship models and how they really do impact the suspension of disbelief. Rising Sun doesn’t have this problem. As with other well known WWII flight sims, you don’t find King George Vth class or North Carolina class BBs at Pearl Harbor. In fact, you find every single class present there, all in their correct places. THAT is attention to detail. There is no sticking a Kaga class CV in a formation and calling it the Hiryu. The correct IJN carriers were there. Rising Sun has its faults but it does deliver the ability to suspend disbelief, especially at Pearl Harbor. 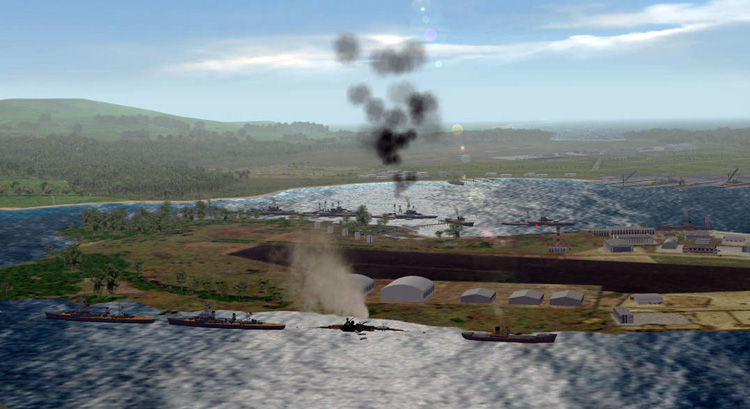 Can I recommend it? That is a hard question. Personally, I love the missions. I can ignore some of the problems that I have with the base engine and with some of the issues that I have pointed out because I am a WWII history fanatic, and I love the feeling of flying over Pearl Harbor or making a drop on the Repulse. No other flight simulation has come close to recreating this, and Rising Sun is unique in that respect.

But the hard part is recommending it to someone knowing that the buyer has to shell out money for both Rising Sun and for the datedStrike Fighters (or SF2). I am not a “jet guy” so SF really has minimal interest for me. A lot of my WWII contemporaries feel the same way and will have a hard time pulling the string on a game that only has single missions. The plan, as stated before, is to release a total of four time periods covering the most important events of the Pacific air war.

Right now my recommendation is conditional. If you are one of those guys that really likes these kinds of single missions and if you don’t mind spending extra money (or if you have an affinity for jet sims as well) to cover the cost of the base game then yes, this is a pretty good way to spend your time. If the YAP team puts out the rest of the series and makes them reasonably priced and as strong as the first package is, then I would be more than inclined to recommend it even more. Personally, I will be buying the rest of the series because I like reliving the history, and Rising Sun comes about as close as I have found so far. 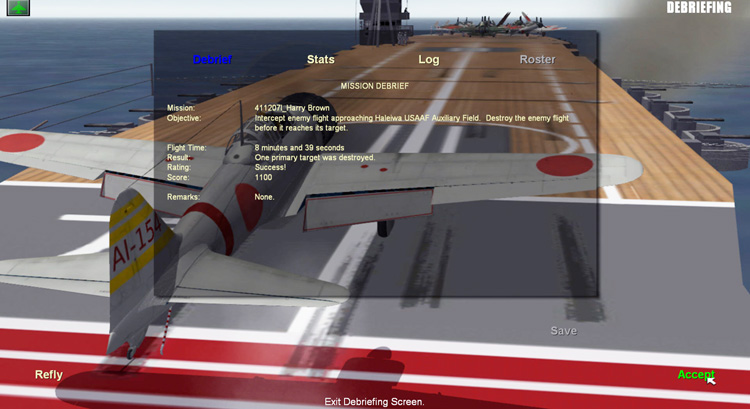