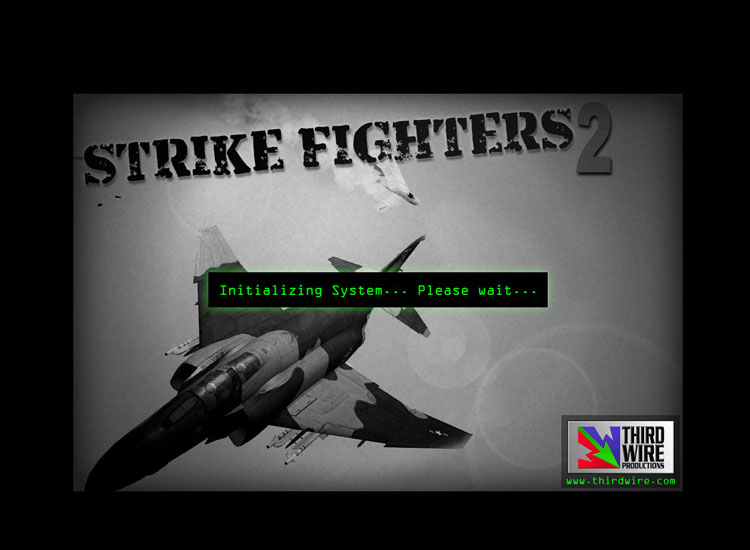 Last week, Third Wire dropped their latest update to the Strike Fighters series that has added / fixed some interesting things to one of the longest-lived series in flight simming today.

The second-generation games were re-engineered in 2009 and 2010 in order to make them completely compatible with modern operating systems file structure (Vista and Windows 7) and hardware. This series has been kicking around for nearly ten years, and while there have been steady improvements in the models of the aircraft and cockpits, the effects, and ground objects, it still looks very similar to the first Strike Fighters release..

What Does the Update Do?

We knew from “TK” himself this last year that he was planning on completely rebuilding the actual game installers — all of them. The idea was that so many people were having problems installing the games it became essential. The biggest problem was, they had to be installed in a specific order, otherwise it resulted in items missing or the game would just petulantly refuse to run at all.

With the new update / patch, all four games and both expansion packs can be installed in just about any order you choose. This makes purchasing and installing the games much, MUCH easier for the customers. It was enough for me to re-download all six titles and give it a shot and I am happy to report it works perfectly.

Users are reporting an enormous improvement in frame rates, regardless of video card brand. Personally, with a plain vanilla install (no environmental or terrain mods) I witnessed frame rates in the mid-40s with every graphics option maxed. Given how notoriously tight-lipped “TK” is about what he’s doing, so I’ll explain something else that’s been added that may be the reason.

Longtime users will be familiar with what I’m about to mention next. Third Wire terrains use TOD files to populate the environment with buildings and trees, these objects are not deformable, meaning, that if you hit one dead center with a bomb, nothing happens. They’re just part of the scenery. Up until now, we’ve had to get used to some very jarring “clipping” distances that required some very fancy footwork in the .ini files to prevent us from being “surprised” too often. Now, they fade in and out. That’s right, no more “pop-up” items. Now they gently fade in and out and they do so at about a distance (even when I set the draw distance at Very Far) of anywhere between 3-5km. 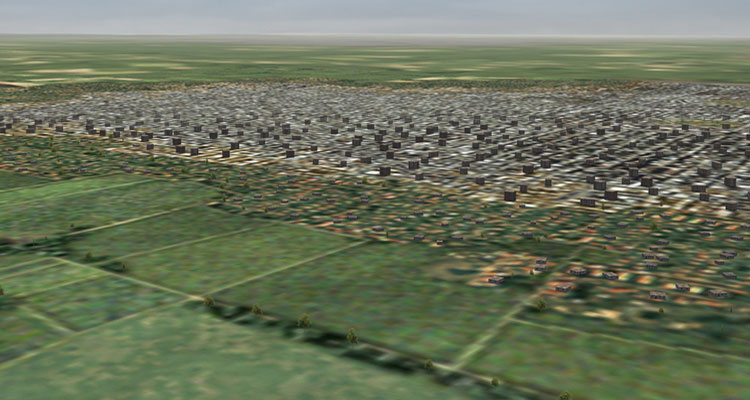 I do know that some terrain modders have attempted to figure out how to increase that distance, and the question has been raised if it was hard-coded. We can’t be sure, and some more investigation is going to have to happen.

But, wait!  There’s more!  One of the biggest environmental annoyances of the game, the “flipping clouds” are now gone. No, no, the clouds are still there, they just don’t rotate when you loop the plane anymore. You may now rejoice. 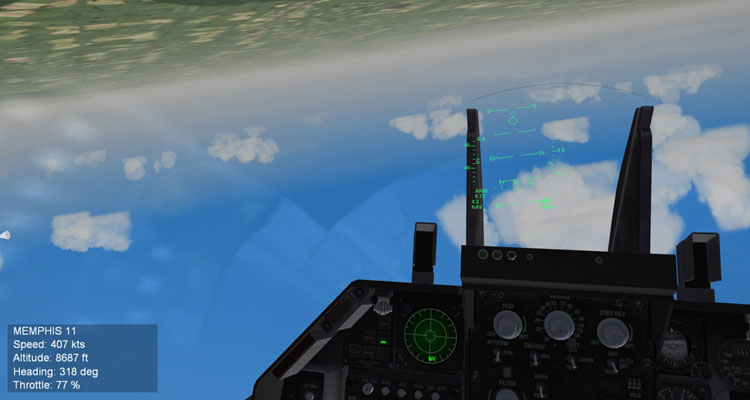 The last thing we see is that with the rewrite of the terrain — the TOD files, bump maps, and so forth, the catalog files (.CAT files) have been completely rewritten in a new format. Older .CAT extractors made by third-party modders no longer function. Ordinarily, this might cause panic, but “TK” has now released his own extractor so you can pull out any file you want to modify and have at it, making the process more open for anyone who wants to give modifying the SF2 series a shot. 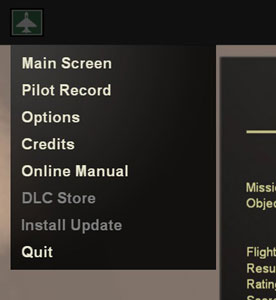 Something else, your game will apparently detect when a new patch is available, then download and install it for you. It will guide directly to the DLC Store as it becomes available. DLC arrives to the Strike Fighters series.

No, the games have not changed appreciably in game play, and most of the looks of the game have remained constant. They behave a little differently now, but the core elements are still there and haven’t changed radically.

I presume this is because a new addition to the family is coming soon, the F-14 Tomcat. If things are changed too much, it probably wouldn’t mesh well with the other games. We’ve been told that the terrain engine is going to be completely re-engineered, and we’ll keep you posted on how that turns out when we review it on release.

And knowing “TK”, it’ll happen when we least expect it… and most likely during the University of Texas’ off-season.

Ten reasons why Ghost Recon is still the greatest tactical shooter ever!
Theatre of War 3: Korea