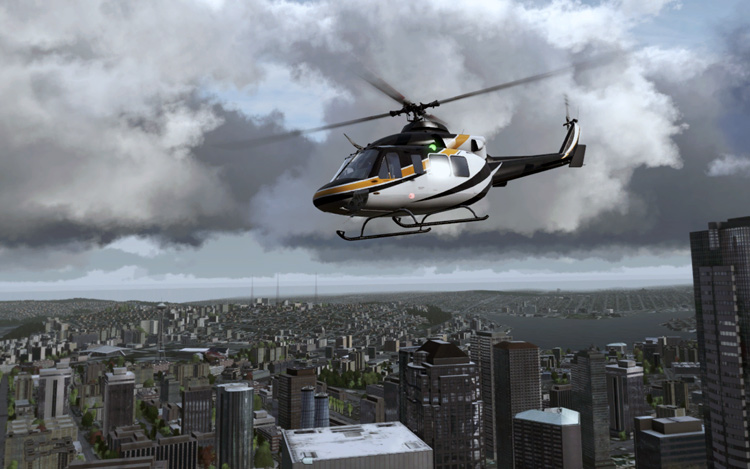 Bohemia Interactive, known for their Armed Assault / ArmA 2 series of high-fidelity FPS simulations, has gotten the simulation world a-buzz over their upcoming release, Take On Helicopters. This simulation promises high-fidelity flight dynamics modeling, richly modeled helicopters and cockpits, expansive and detailed environments, powerful and intuitive mission editor, and multiplayer with co-op and competitive scenarios. Hardcore aviation simulation fans (like myself) have been watching this title closely as a very welcome addition to a rather sparse library of high-fidelity helicopter simulations.

While the game has not yet been officially released, those who pre-purchased the game got exclusive access to a pre-purchase beta. How does the beta stack up against critical expectations? Read on! 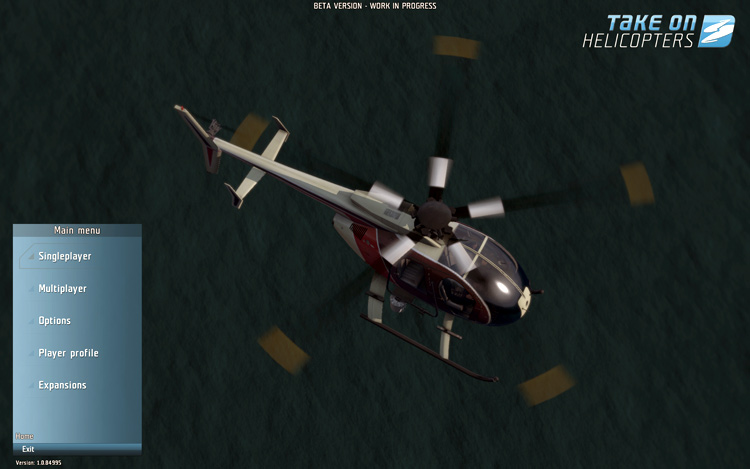 The interface is slick, clearly adapted from ArmA 2. The live background videos play smoothly on my rig and configuring my Warthog HOTAS controller for flight was pretty straightforward (the controls default to mouse and keyboard). NaturalPoint TrackIR was supported, although I had to manually enable the controller in the options. With only a few more clicks I was flying over a very believable Seattle. 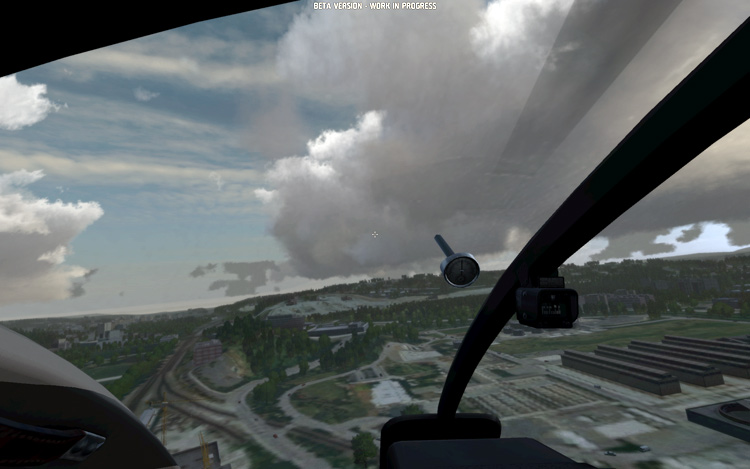 If there aren’t any clouds, it’s not Seattle.

While I can’t deny that the helicopters and cockpits are quite detailed (they are), or that the environments are expansive and detailed (the flyable area in the demo is limited, but quite large and the overall attention to detail is decent), and I didn’t get to test the mission editor or multiplayer in the pre-order beta version, some aspects of the flight dynamics left me scratching my head wondering what was really being modeled. Bohemia Interactive has a technology checklist here that lists the technology items that they claim are implemented in their sim. While all the items on the checklist are shown as done except Vortex Ring State, some of the effects either weren’t modeled as I expected them, or not modeled at all — autorotation, translational lift, and retreating blade stall, in particular. A number of other important helicopter dynamics phenomena, such as dissymmetry of lift and ground effect, didn’t even make the list, although there does appear to be some attempt to model these in the simulation. These omissions and other unexpected effects, such as seemingly random collective sensitivity, confounded my supposedly high-fidelity helicopter flight experience. 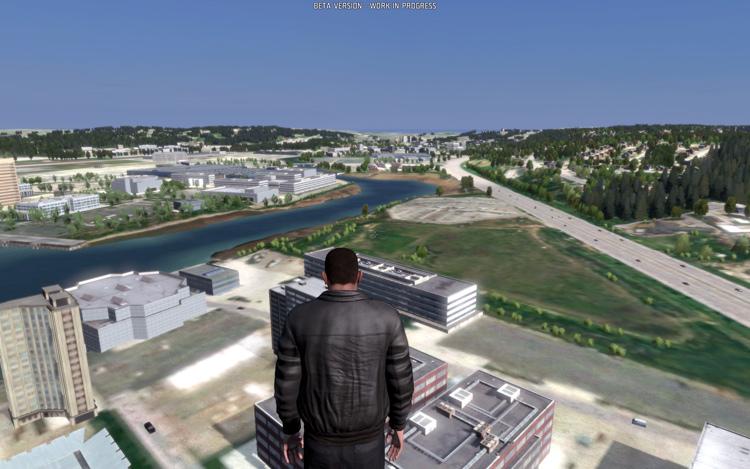 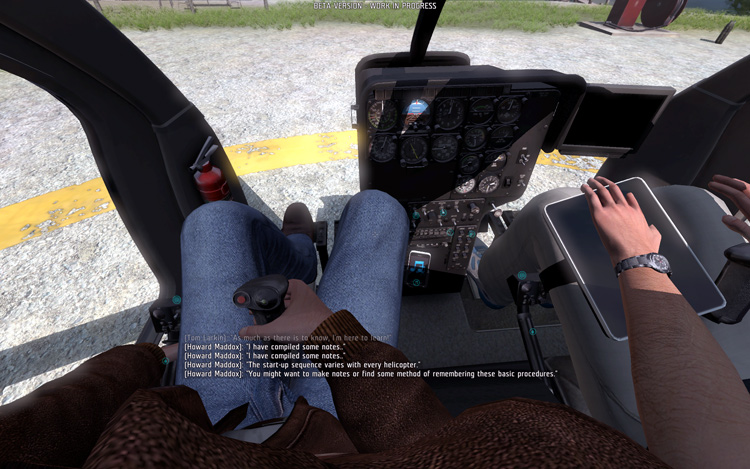 Make no mistake, the helicopters in this sim are difficult to fly. Just like real-life helicopters, these whirlybirds are inherently unstable and even the most perfect trim will not allow hands-off flying for more than a few seconds. 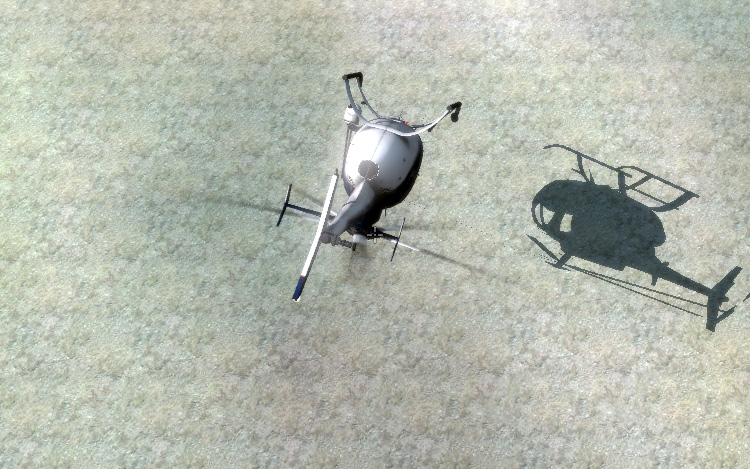 A handful of training missions are offered to help new pilots come up to speed with the nuances of flying a helicopter. They cover the basics and serve as a good starting point for helicopter flight training and are even somewhat fun to fly for experienced helo pilots. 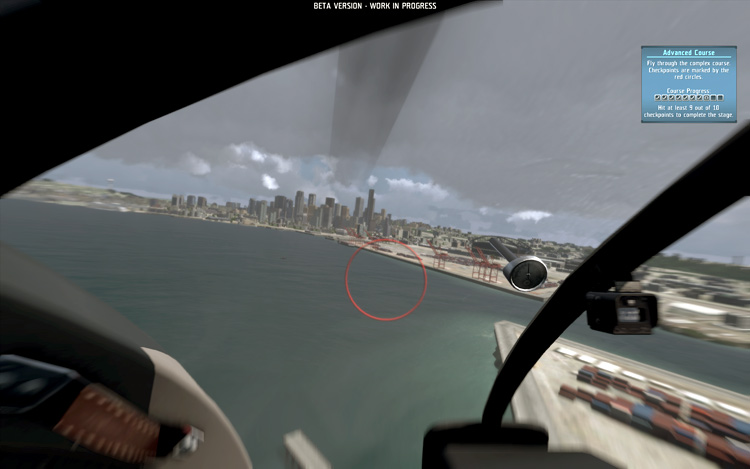 The training missions will have you jumping through hoops in no time. 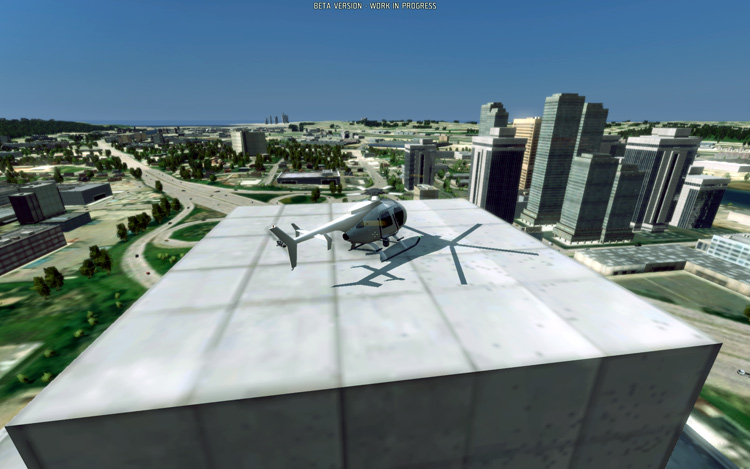 Now where did I park? On top of this building…or on top of that one?