The “game” of Flight could have been something pretty good. Unfortunately the missions are repetitive, uninspiring, and for the most part just plain boring. Once you’ve done one “animal transport” it is hard to gin up the interest to do the other five that might be listed on the job board at each airport. The jobs range from sightseeing tours, to cargo missions, to passenger and photo shoots among others. Despite seeming different, they are all very much the same unfortunately. 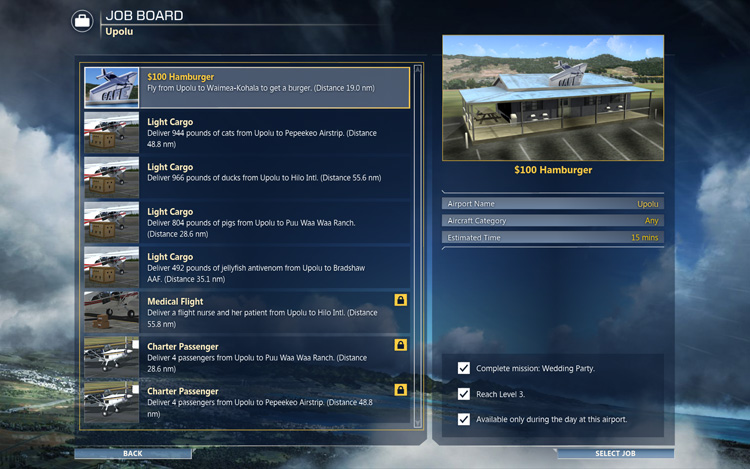 There are some outliers of course. The mission where you go find and rescue the kayaker was somewhat interesting. The missions are interspersed with cut scenes and relatively corny voice acting. Passengers talk in your airplane, but the empty seat next to you makes you wonder if you are Tyler Durden. Or “I hear dead people”. 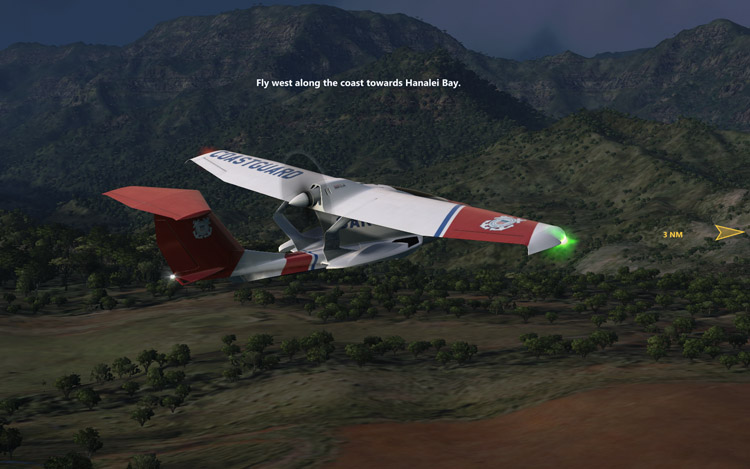 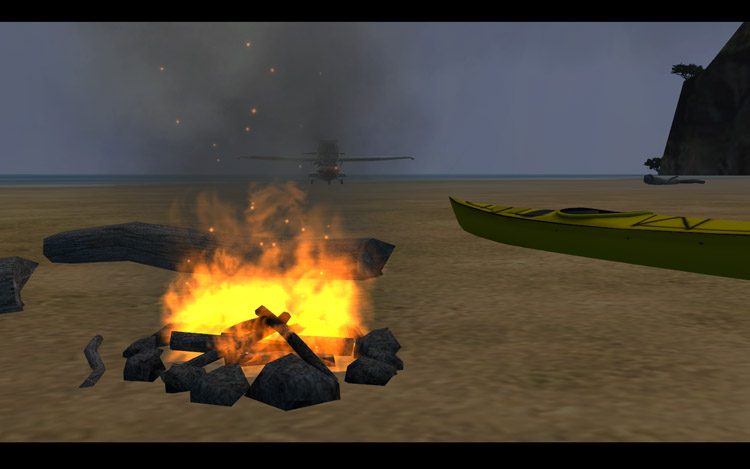 The lineup of locked missions that are awaiting content allude to the future of the Flight franchise. With achievements such as “Mach 2” and “Mach 3” as well as “500,000 passengers carried” it isn’t hard to speculate something like an X-15 or a large airliner are in the pipeline. We can only hope that at some point you will be able to pull in to a terminal, see other aircraft taking off and landing, and hear some sort of ATC communication. I remain skeptical.

And unfortunately we have to put all of our hope eggs in the Microsoft basket since they have locked down Flight and are the sole owners of Flight content for the foreseeable future. Third party developers like Level-D and Flight1 have been effectively locked out of competing with Microsoft for additional content. That is troubling because you can market mediocrity when you don’t have to reach the standards of your competitors. 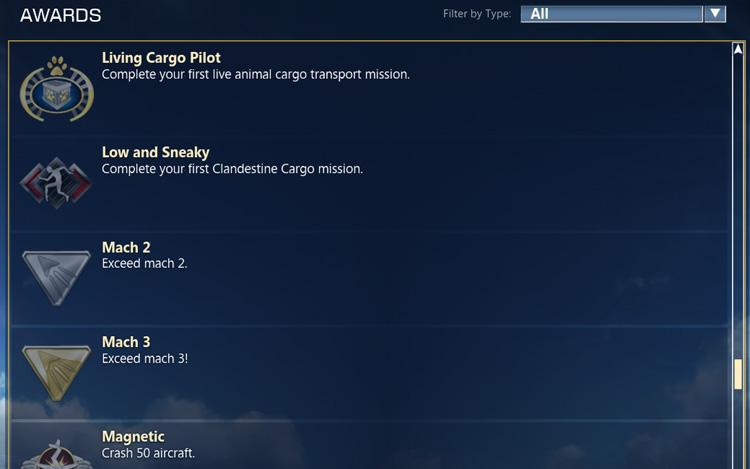 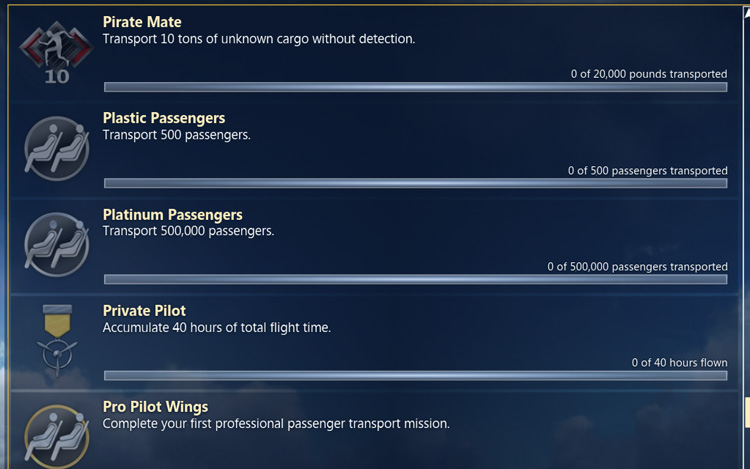