There are several other steps to programming the MCDU and soon I’m ready to consider engine start. Looking at the upper and lower ECAM displays I note the advisory information on the upper display and wait for the doors to be shut as displayed on the lower display. 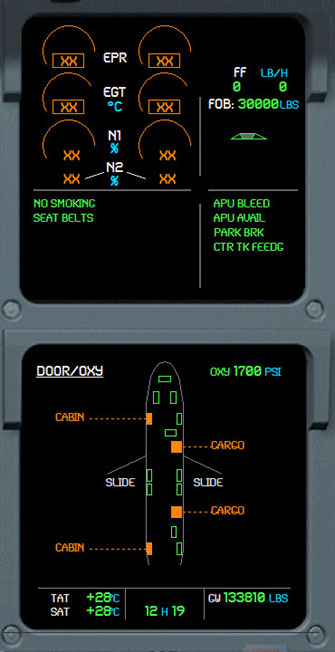 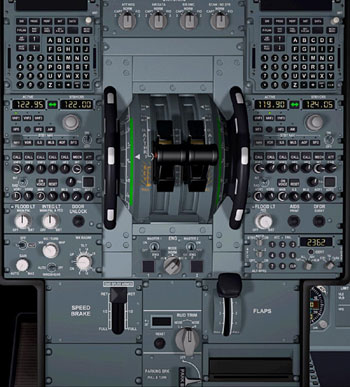 Starting the engines is a ridiculously simple affair consisting of turning the mode selector switch to IGN/START then pushing up the engine master switch. The rest of the start is automated. 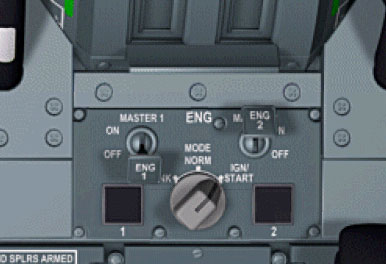 The engines spin up one at a time and the upper ECAM shows the status of the engines along with fuel flow, fuel on board (FOB), slat and flap configuration, and take-off configuration items. The takeoff configuration menu is very useful since it points out which essential pre-takeoff items have not yet been completed. When each item is accomplished the reminder next to the item extinguishes automatically. As someone who is prone to accidentally skip a step here and there, this feature is very handy.

The lower ECAM display can display whatever system you desire by simply pressing the associated system button on the pedestal. Additionally, there is a takeoff configuration (T.O. CONFIG) button that you can press that will test the aircraft configuration and determine prior to you advancing the throttles whether all of the pre-takeoff settings are complete. This certainly can save the embarrassment of advancing the throttles only to get a takeoff configuration horn as you start to roll. 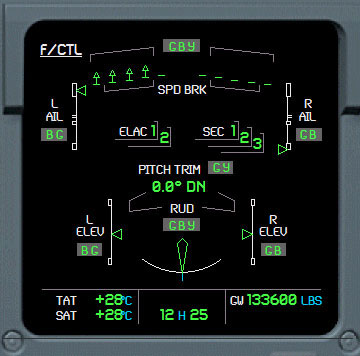 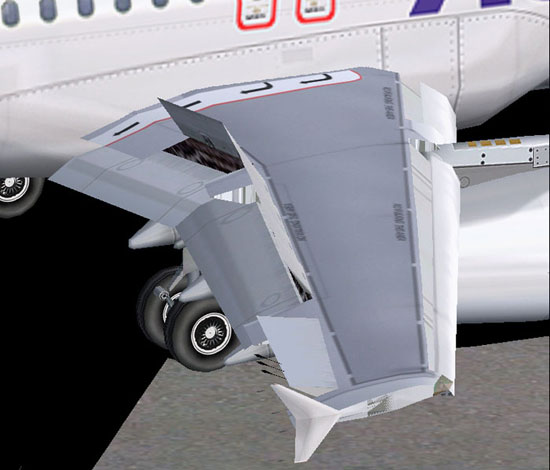 Other ECAM pages show the status of all the other aircraft systems. Things such as bleed air off or generators offline show up as orange “breaks” in the system diagram, greatly aiding the pilot in assessing the status of his (or her) aircraft. 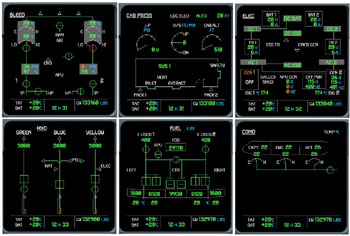 With the engines running I shut down the APU and finish the last items on the checklist as we taxi out for departure from runway 14R at Toulouse. 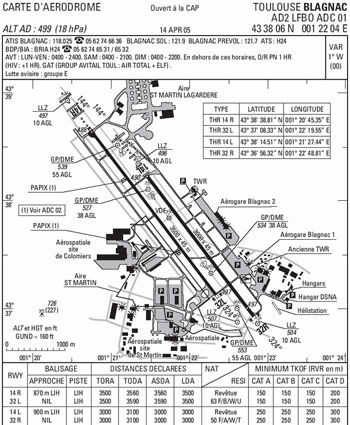 The departure procedure for 14L/R at Toulouse is a straight out departure to 8 DME then a climbing right turn around to the north to TOU VOR. We will then proceed along the route to FISTO, the first of our many waypoints on the route. 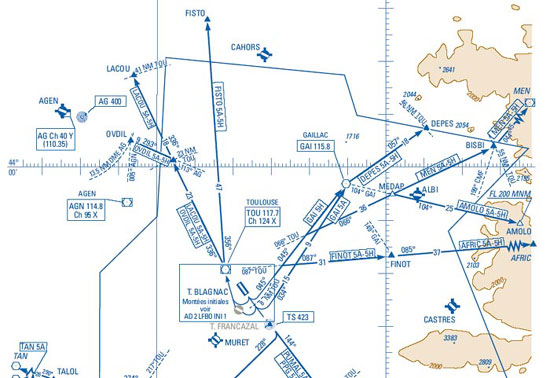