X-Plane really excels in Vertical Takeoff and Landing (VTOL) and helicopter modeling. I spent endless hours tooling around in the included VTOL models (the Bell 609 and V-22 Osprey among others) and really enjoyed the challenge of reining these monsters around the skies. A gentle touch, patience and good planning are the key to flying the VTOLs successfully. The Royal Navy Sea Harrier was one of my favorites. As in real life, care must be taken with the fuel and weapons load to allow for vertical landings and takeoffs. If you are heavy, you will have to execute a rolling takeoff. At lighter weights though, the Harrier has no trouble lifting off vertically, balanced on a column of thrust. Controls in the cockpit allow you to rotate the lift nozzles from 0 degrees to 100 degrees, allowing for backwards flight! 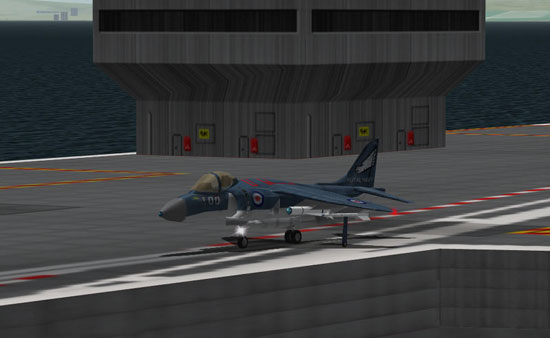 Weapons can be loaded on the airframes that allow it, although they really don’t serve any function. You can fire the cannon, drop bombs or fire missiles, but the weapons modeling is fairly basic. 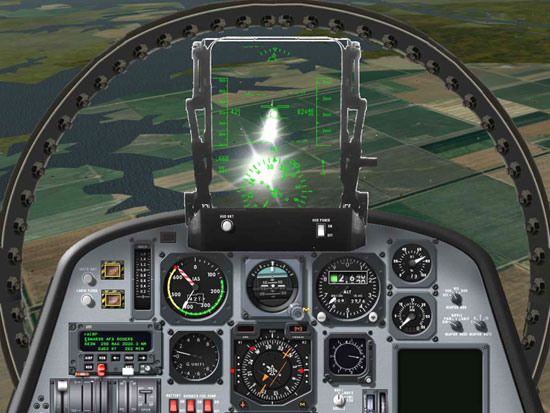 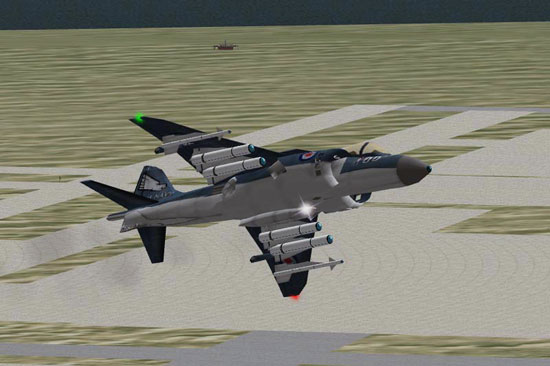 With a full load of weapons and fuel I had to execute a rolling takeoff from the land base. You can see the lift nozzles rotated to about 45 degrees to shorten the takeoff roll.