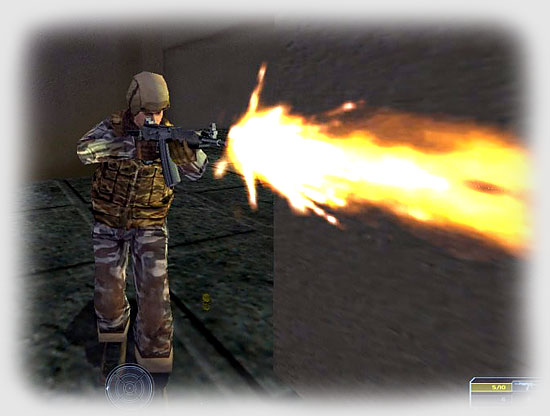 Well, let’s not live in the past. Red Storm has stated that they are making Ghost Recon 3. Well really. it’s Ghost Recon: Advance Warfighter, and the PC version will get a few little extras like the ability to have the tactical map again. But don’t be too happy quite yet. From what I’ve read and seen, Ghost Recon 3 is not going to be the great Ghost Recon most of us have come to love. There are a lot of arcadish issues I’ve heard about. It will still be worth checking out, and I will definitely get it the day of release. But I’m not getting my hopes up for a repeat/revisit to the glory days of the original Ghost Recon. We shall see.

Ghost Recon: Advance Warfighter was suppose to ship around Christmas, but recent news has pushed it to early 2006. You can see more at the official web site.

Here’s to good luck with the upcoming Ghost Recon: Advance Warfighter for the PC, however, we will always have the king, Ghost Recon.