Beginning in 1992, Leopard 2A5 began production, converting earlier 2A4 variants to a new turret, a new electric sliding driver’s hatch, better armor protection, a new thermal channel displaying on an external monitor for the commander, and an improved fire control system allowing the new tank to engage helicopter threats more successfully with the main gun. The gun’s stabilization system is now all electric, rather than the combined electric/hydraulic system of the 2A4.

Power for German Leopards comes from a huge turbodiesel engine, rather than the Americans’ use of gas turbine power. Far more economical than the M1’s Lycoming AGT-1500, the Leopard’s MB-873 12-cylinder diesel develops 1450 horsepower and gives road speed on a hard surface of 42 miles per hour. Its road range is 310 miles, and this is done with a fuel tankage of 306 gallons, as opposed to the Abrams’ 504 gallons. The tank has crew protection features such as blow-out panels that allow ammunition explosion force to be directed outward, a CBR overpressure system similar to the M1, and a special fire suppression system incorporating the same type of automatic Halon gas extinguishers used on U.S. tanks. Leopard 2A5 even has a television monitor for the driver, mounted to show him the view from behind and allowing him to reverse without a ground guide! 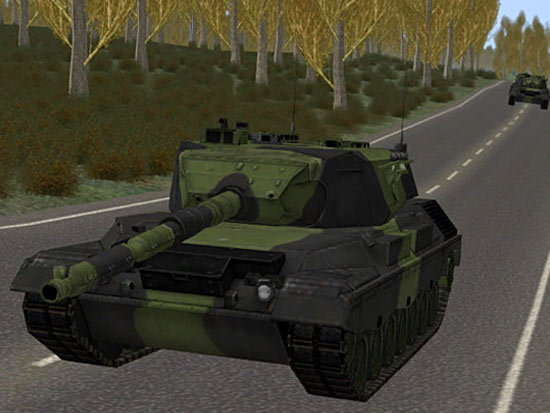 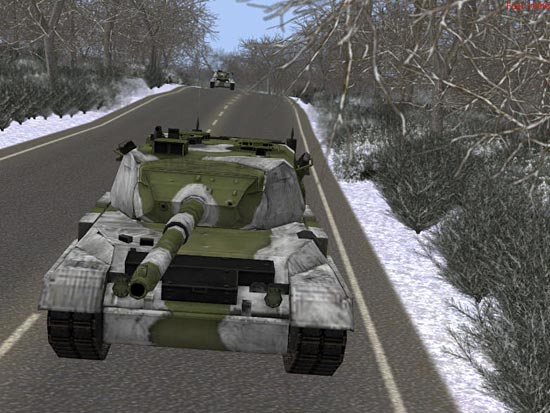 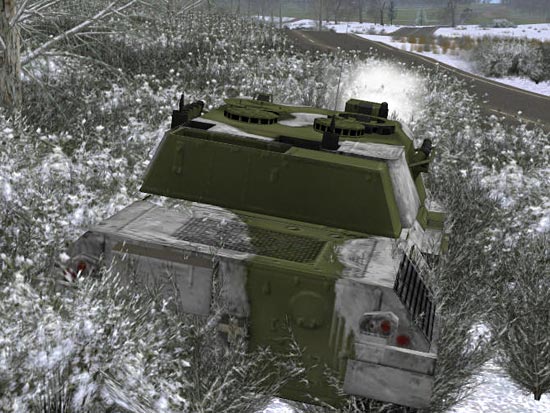