Now it was time for probably the main crowd puller to any Air Show in the UK, The Royal Air Force Red Arrows Display Team. This display at RAF Leuchars marks the Team’s 4000th display and what a display it was! The Red Arrows Display Team is made up of 9 pilots from three of the RAF’s frontline fast jets; Jaguar GR3, Tornado F.3 and Harrier GR7 with Red 10 (the “Road Manager”) from the Tornado GR.4. The Team perform 100 displays throughout the summer from May to September with up to 23 manoeuvres with distances between aircraft being only 6 feet! The Display involves manoeuvres performed by the entire team and also by three distinct groups, Reds 1 to 5, known as ‘Enid,’ Reds 6 to 9 known as ‘Gypo,’ and finally Reds 6 & 7 known as the “Synchro Pair.” Here is a selection from the incredible flying that day. 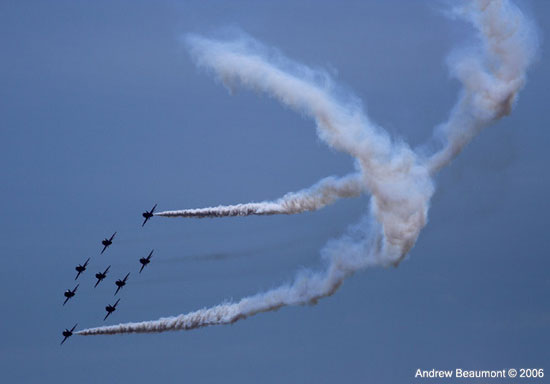 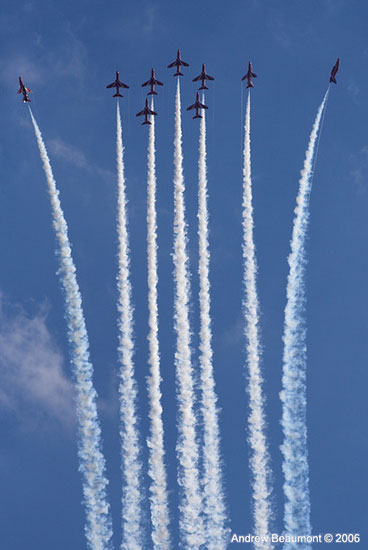 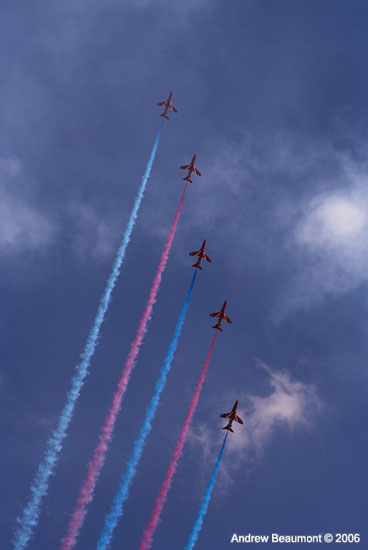 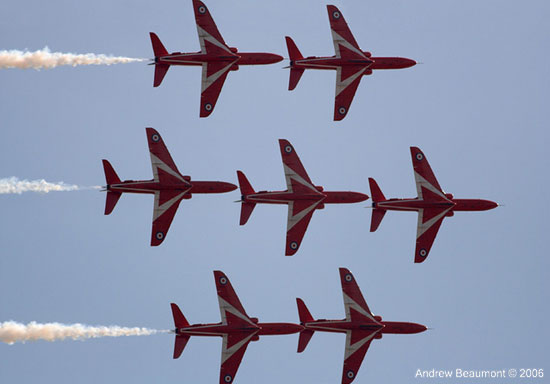 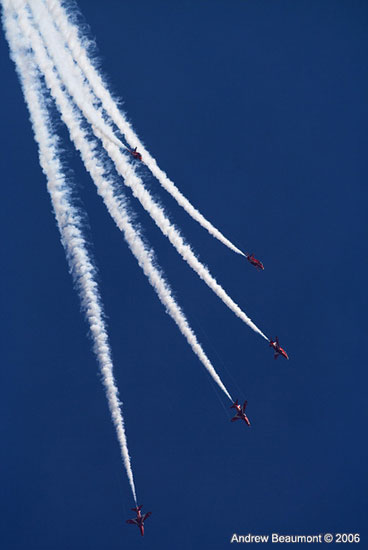 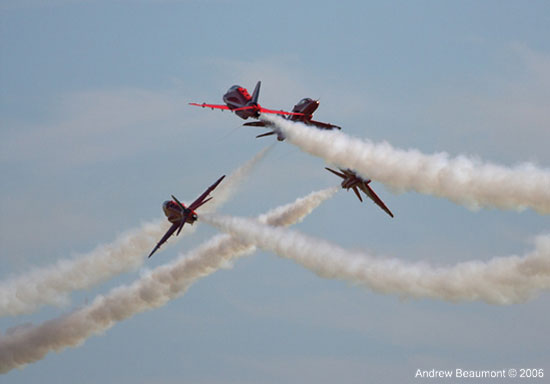 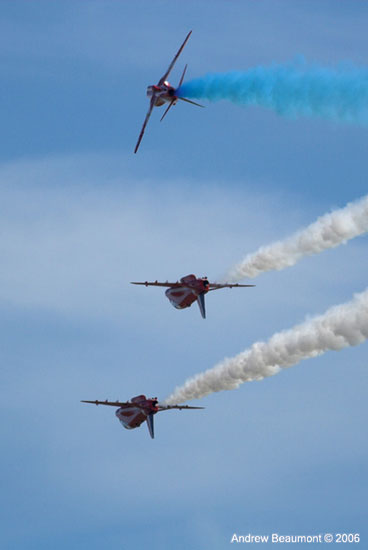 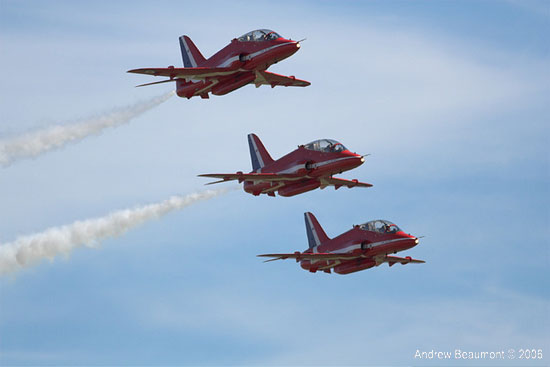 Even after seeing the Red Arrows display at least 50 times I am always highly impressed!

Straight after the “Reds” we had the Augusta 109 helicopter display from the Belgian Air Force followed by the Tactical Demonstration Aircraft taking-off (4 Tornado GR.4’s and the 4 Tornado F.3’s ) and also the 2nd Typhoon Display. 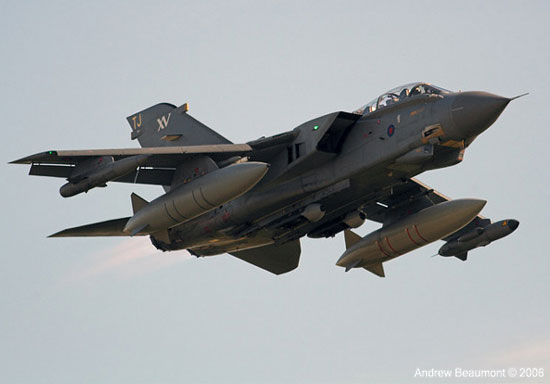 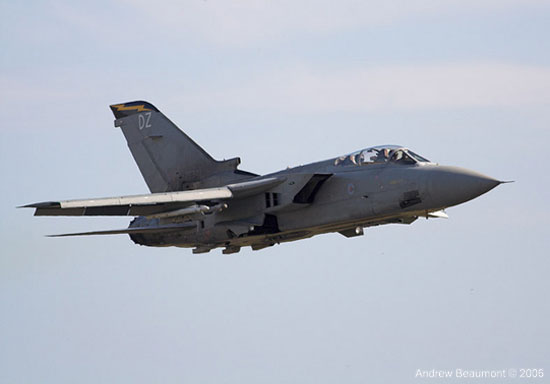 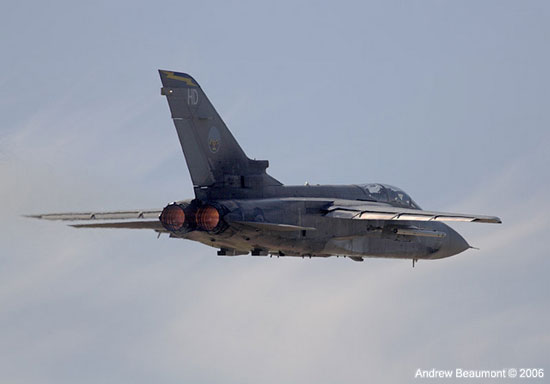 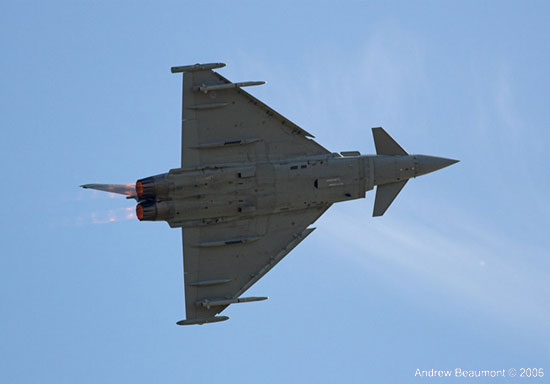 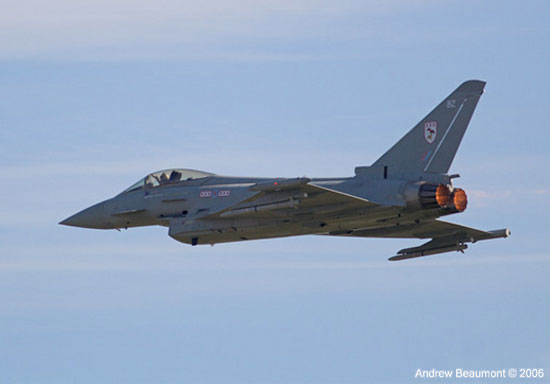 The Typhoon display was impressive but something I noticed this year was the display routine was performed higher and further away from the crowd so it made photography difficult.