Ironclads: American Civil War takes place in certainly a unique location for a naval game, the U.S. Civil War, and is probably the most remarkable feature of this game because that period of time is not well known for naval battles. This is also a full turn-based game where you move and attack, and when you select “finished”, the ships perform their move and attack. When you enter or start out one of the two campaigns, either you play as the United States or the Confederate States. 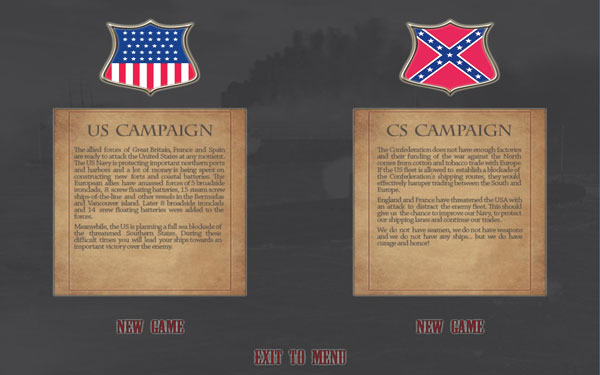 The missions contained are presented in a staged order where ships that are destroyed or blown-up in a previous campaign battle will not magically materialize in any future ones. There are a total of seven complete missions for the U.S. Campaign and eight for the C.S. Campaign. These will keep you busy for a decent amount of time. To complete a battle and move onto the next mission, there are two ways to proceed: destroy all enemy ships while saving your own or destroy some land building, along with destroying all enemy ships, while saving your own. It is a basic approach to achieving your objective(s).

You do have the ability to “save” your progress anywhere prior to exiting the game and start at a later time. However, it must be noted that whenever I saved with a custom name other than with the three “autosave” defaults, it renamed the saved game and then worse still, the game would not load at all. I attempted saving the game at several different locations within play and I was unable to load that particular saved game. Only the default autosave1, autosave2, and autosave3 games would load back up properly and only those could be used to save your progress. 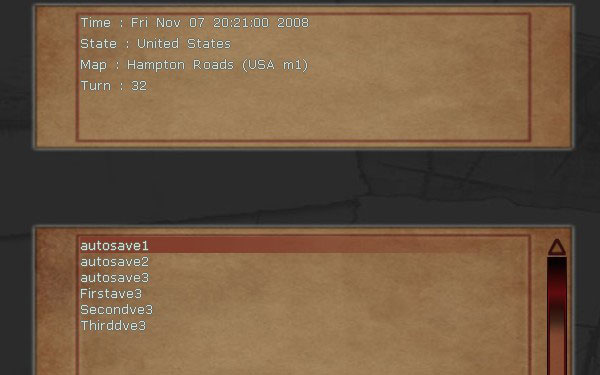 Close-up of the troublesome save game screen

The first battle in each campaign is the aforementioned Battle of Hampton Roads, between the USS Monitor and CSS Virginia. Then it progresses from there to several locations along the eastern U.S. coastal towns like Norfolk and Charleston. It is here where the naval game’s battles basically end. 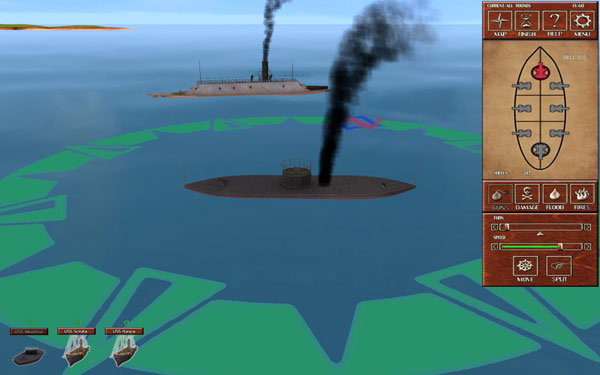 The Battle of Hampton Roads