An oddity is there are no standalone maps to play, even after you have completed it in the campaign. This means even though you may have completed the mission, you have to start a “new game” in its entirety to actually play through that particular map again.

Features we have taken for granted in naval combat sims are missing from Ironclads: American Civil War. Items like the absence of a map editor, scenario builder, tutorial, training map, the inability to play the game at multiple difficulty settings, and topped off with the aforementioned absence of stand-alone missions make this game less that what we think it could — or should — have been.

Movements of the vessels are pretty easy when you get used to the procedure involved. The in-game manual is considered adequate, but not that much in depth of information is provided. 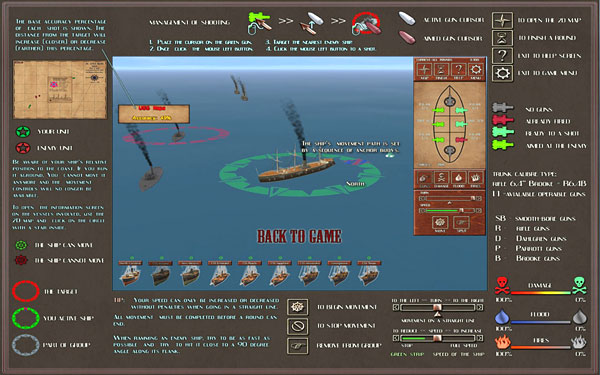 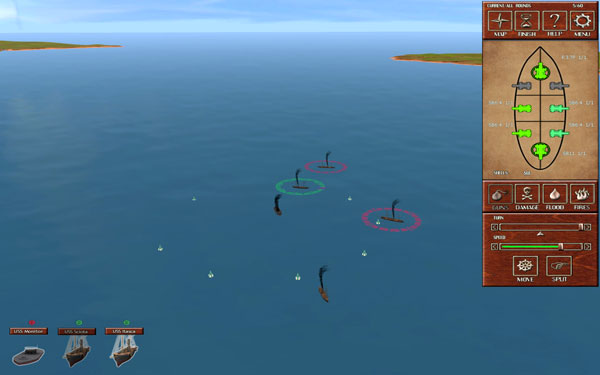 All that said, if you can put aside the negatives, Ironclads: American Civil War as a game is actually pretty fun to play. Movement of the ships is fairly easy, but you will need to keep your eyes on the game’s display cones. They are your ships projected path while you are directing your vessel for attack. You can stop the action and change course before any cone that you reach by simply changing the “slider” button or selecting “Stop” on the menu panel. 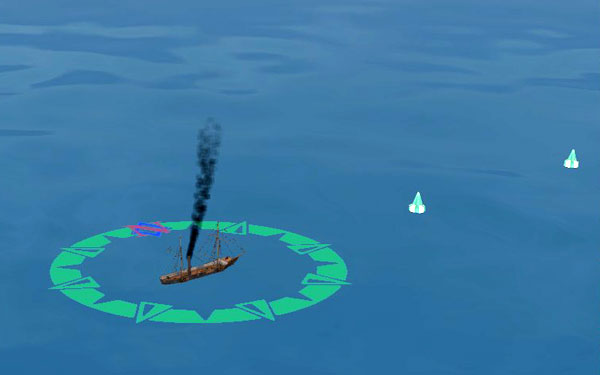