Though this is a review of Command: Modern Air/Naval Operations, I believe it would useful to take a look at how it came to be, and who’s responsible for designing it. If you have no interest in this background info, you can skip right to Section I, where the actual review begins.

There is a hard-core air/naval simulator/wargame called Harpoon 3. I’d been playing Harpoon since it was a miniatures game back when it first came out in the early 80’s (I still have my battered 1st-edition rulebook) and I pretty much played that thing to death, especially after we found out Clancy had used it to game out the battles in Red Storm Rising. 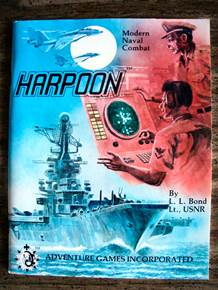 Harpoon 3 was (and is) the final computer version of the Harpoon series of computer wargames (The minis rules are now up to Harpoon 5, by the way). It has a lot of fans, including this writer. Stability and bugs have always been issues with the game, but overall it remains a fine Air/Naval wargame. And it’s pretty much all we’ve had at the Operational level. Other excellent Air/Naval sims were either at the tactical scale (Dangerous Waters), poorly supported/updated (Naval War: Arctic Circle) or wouldn’t run on modern x64 systems (Jane’s Fleet Command). And certainly nothing else had the same level of community support in the form of user-designed scenarios and databases. 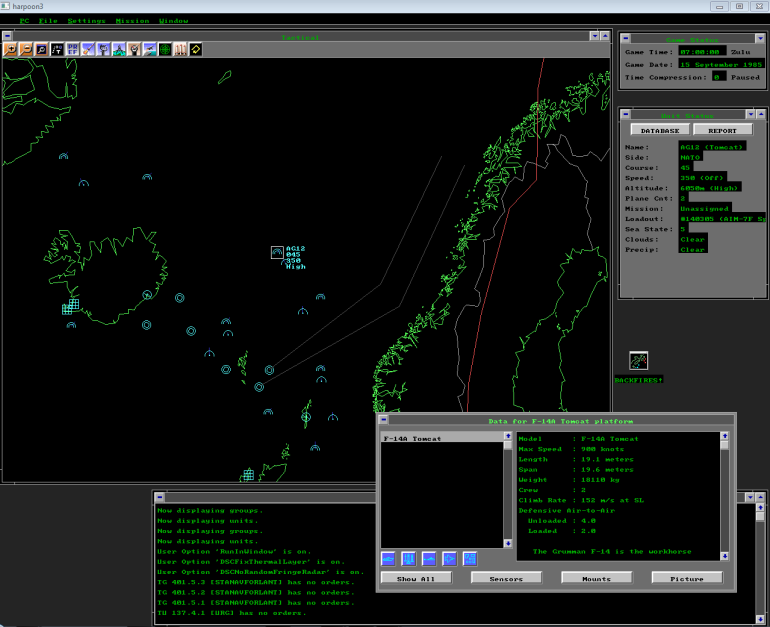 Speaking of community support, there was a bunch of guys who, for years, unpaid and driven only by enthusiasm for the underlying subject, toiled away to produce a painstakingly-researched new database for Harpoon 3, along with a slew of accompanying scenarios which were widely praised and enjoyed.

This was the DB2000 effort, led by one Ragnar Emsoy. I stumbled across what would eventually become the Warfare Sims website (then called Harpoon HQ) back in 2009, and decided to get back into Harpoon 3 just based on the wide selection of quality scenarios that were available there.

Soon thereafter, this bunch of guys decided they had taken Harpoon 3 about as far as it could go in the direction they were interested in (away from the underlying, somewhat simplified, miniatures rules), and they decided to make a new game that, for them, would improve on the old one.

This would be an enthusiast-developed BCGN of a game, sailing with Letters of Marque and Reprisal and a mission to be the Air/Naval Sim they had always wanted. And here she is, 4 years later. 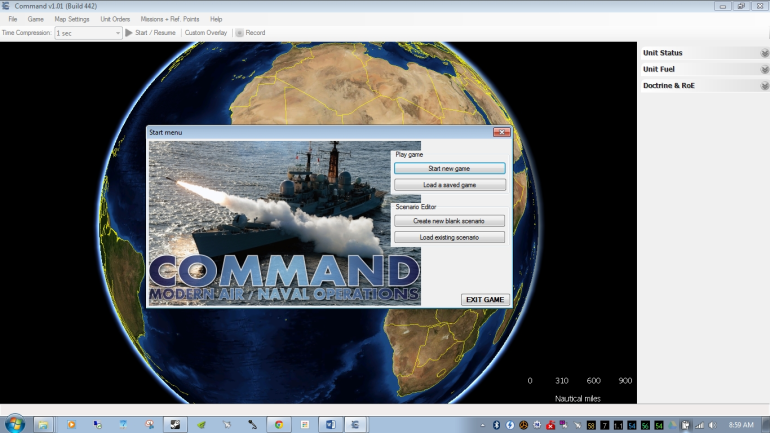 As you’ll soon see, the wargame they developed isn’t for dilettantes or people who just want to blow things up. It’s aimed at serious students of Air/Naval Warfare, whether they want to game out Dance of the Vampires in “Red Storm Rising”, or see what an SM-3 equipped Aegis DDG can do vs an IRBM strike in 2014. And if you have no idea what I just said, this game will teach you.

That a bunch of enthusiasts managed to get something this complex and ambitious (and, as you’ll soon see, largely bug-free) out the door at all is impressive. Many on the sidelines frankly doubted the viability of the entire affair, including myself.

But there was their work on Harpoon 3 to consider. If anything, I was personally afraid that their oft-demonstrated perfectionism would lead to a case of “The Perfect is the Enemy of the Good”, and the game would linger in alpha status forever.