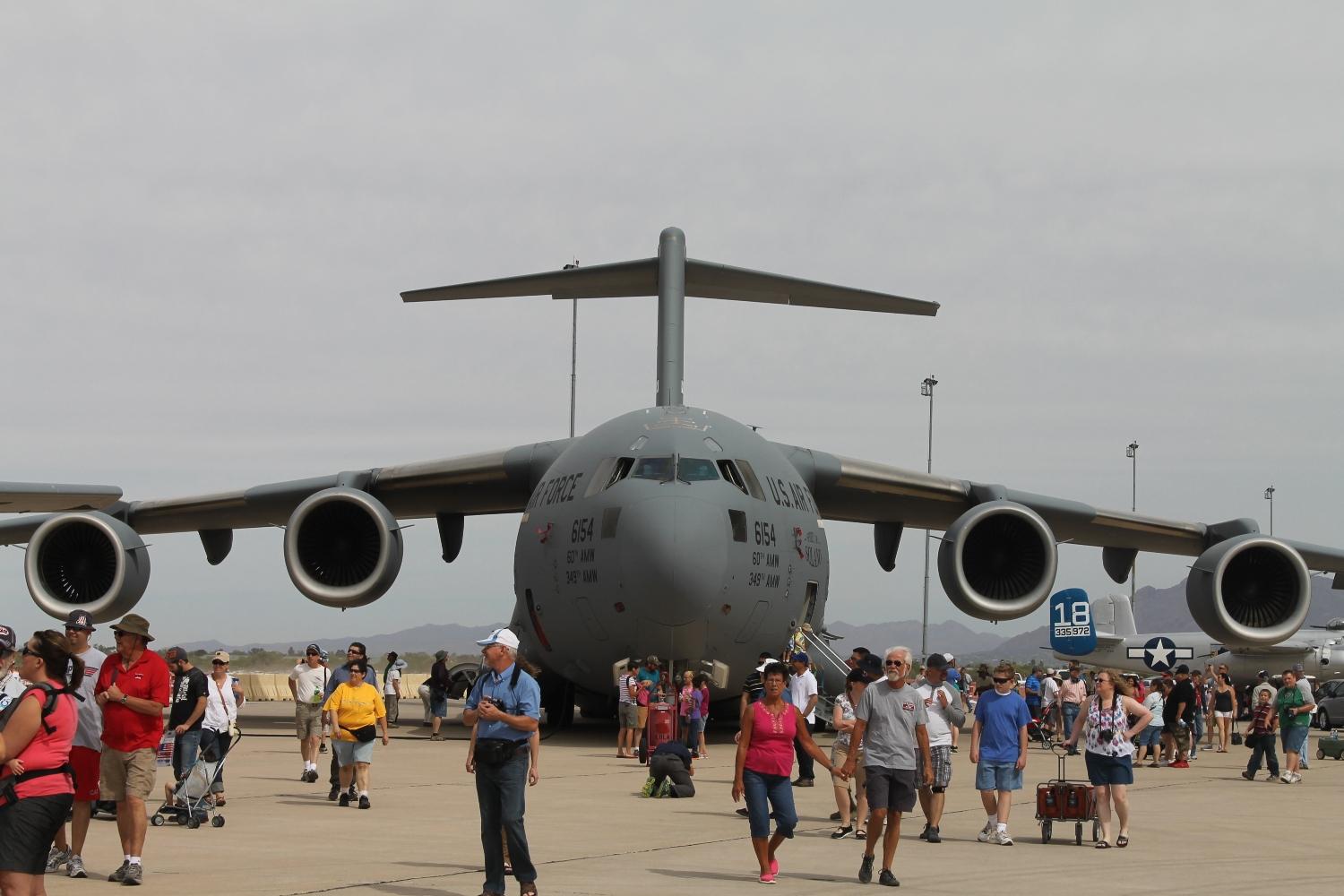 Air shows are always a great experience. Not everybody gets to run around a military flight line, walk up to military hardware primed up to look like a million bucks (or billion, depending on the airframe). In addition to all the cool static displays, there are plenty of aircrew and ground crew who are more than excited to talk about their particular platform, souvenirs and tee-shirts to buy, and don’t forget the $7 chicken sandwich and $8 beer. As if all that wasn’t enough justification by itself, a whole slew of pilots and aircraft put on live displays right over your head.

The Davis Monthan Airforce Base always puts on a good show with one of the most impressive static lineups I’ve ever seen. This year, my first stop was the AH-64 display. This particular Longbow was on display without its cheese-wheel fire control radar, but the cockpit was open and I was able to lean in and take a bunch of pictures. TIL: the forward gunner position has a fully function controls set, including cyclic, collective, and rudder pedals.

View the thread with all of the pictures here courtesy of EinsteinEP: