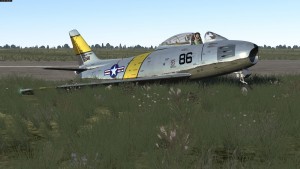 It’s finally Friday! Hopefully that means most of you get to enjoy a weekend of gaming, or, at least, a couple days of not working. Or maybe you’re using the days off to get Windows 10 up and running on your machine? Let us know how it goes and best of luck!

From July 31st to Monday, August 3rd, DCS is having a flash sale with a lot of E-Shop stuff up to 70% off. If you’re planning on spending your weekend with DCS, now would be the time to pick up one of the modules you may have been eyeing.

*Note: This FLASH sale is for USD prices only and does not apply to former Soviet Union countries.

The folks over at Bohemia Interactive have released a new diary video which sheds some more light on Tanoa – ARMA 3’s new terrain that will be featured in the next expansion. In this diary, Jay Crowe and Joris-Jan van ‘t talk about the South Pacific destination, characteristic and points of interests on Tanoa, as well as the current roadmap planned for development.

Along with the sprawling 100km2 landmass of Tanoa, ARMA 3’s next expansion will include new vehicles, weapons, attachments and gear, characters, and playable content. The current target release date falls somewhere in the first half of 2016.

A new experimental release has landed for DayZ which should resolve the “floating loot” issues. If all goes well, this release will be pushed to the Stable Branch quite soon. More balancing has been done to non-perishable food, firearms, and military loot as well – so gearing up in full military gear might take a bit longer now. Rare items like the M4A1, Steyr Aug, SVD have an even rarer chance to spawn than before. If there are any future issues (as there is sure to be) with the loot distribution, the devs can now completely optimize the quantities and rarity of items without requiring an update!

Players will also be able to set up camp and store gear – I can almost hear the cheers. It works like this:

Current functionality on experimental does not allow for refreshing the lifetime of an object without picking it up, so tents and barrels were set to a lifetime that will cover the time to .59 + some safety room in case of .59 stable blockers. Once .59 is pushed to stable, we will support the refresh of a base objects lifetime via interacting with it (moving, placing, picking up any item inside it) – which will operate as follows: 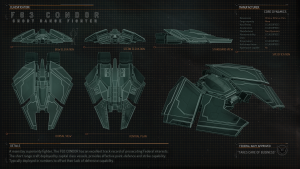 Update 1.4 (the anticipated CQC update) is still in the works with new content being added to the mix. There will be some mission changes, including legal salvage missions for all you non-smuggler folks who want to get their hands on some salvage. It won’t be as profitable if you’re not a smuggler, but at least the option will be available soon. Delivery, courier, and smuggling will also be getting some long range variants (up to hundreds of light years away), and a new version of the massacre mission will be making its way to us in 1.4. Oh, and for all you challenge enthusiasts out there, a new hazardous extraction site is coming to provide you a more dangerous environment and some new threats.

If you’re an Xbox One player, they’re currently in the process of the next GPP release which includes CQC Championship, as well as some other fixes to the main game.

The Launcher 2.3 update was a bit rough, but 2.3.1 is here to hopefully smooth some of the problems out. The biggest issue seems to have been fixed:

For those of you who were annoyed by the “Bytes Left” issue on the launcher, and there are plenty of you out there, the devs have changed it to “Estimating…” until the launcher figures out exactly what your download size is going to be. The problem was that the downloader has no idea how much info it needs to download until it checks – which gives users the impression that they’re re-downloading the entire game. Hopefully the simple wording change will help alleviate people’s bandwidth concerns.

Have a great weekend!