The gentleman behind all those fantastic videos

People who frequent our forums know who “Glowing Amraam” is and the astounding video productions he has created. We probably all have our personal favorites. Glowing Amraam’s real name is Cato Bye. He is twenty four years young and was born and raised in Lillehammer, Norway where he lives to this day. Although Cato doesn’t work in the movie industry (yet!), you’d never know it by watching his videos. His passion for excellence is self-evident. This passion has been a hobby of his for nearly ten years, and he has created more than 70 videos. Yes, he started young. Some have speculated about his association with Eagle Dynamics. He is not on staff, but is more of an Eagle Dynamics partner. He helps their team hunt down bugs, come up with suggestions, and of course produce the quality movies and promos we’ve all come to expect. Join us now as we talk with Cato and explore his dedication and craft.

Doug: Hi Glowing Amraam. Thanks for doing an interview with us about your terrific video work.

Cato: Thank you, I am more than happy to answer your questions.

Doug: How did you get interested in doing videos? 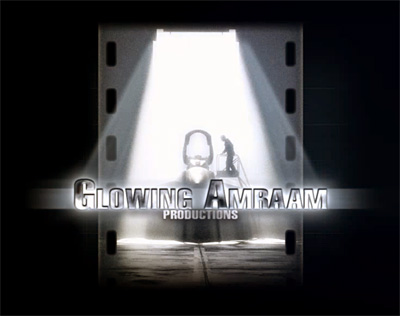 Cato: My passion for making movies grew when I learned that it was very easy to make movies with the sim Lock On: Modern Air Combat. At first I just smashed together clips that were released from the official web site, using Windows Movie Maker 2.0, but when I got my hands onLock On, I started to make my movies from scratch. Jets have always appealed to me, so this sim was just perfect since I could now make whatever I wanted with all these cool jets. The game really looks good too. After I made a few movies, people started to notice me, and when people kept telling me how much they liked what I had created, that really pushed me on to make even more.

Later I decided that I needed some sort of “logo” for my movies, so I got in contact with “VVanks” through the Lock On Forums. He created a very nice logo for me which I now use in every single movie I make. And obviously, Windows Movie Maker 2.0 simply didn’t cut it anymore (no pun intended). So I needed a more advanced editing tool, and this is where Sony Vegas came into the picture. Through lots of help and tips, both online and via MSN, i started to learn Vegas and its features, and my movies started to change a little. Better cuts. I could add better fades. I could add effects like blur and color corrections. It was really exciting, and my first “big” movie using Sony Vegas started to form. It was called “Superior Fighters”.

Doug: Is this a hobby for you, or is it an extension of something you do professionally?

Cato: This is just a hobby of mine. Would I be interested in doing this for a living? Yeah for sure, I enjoy doing it! 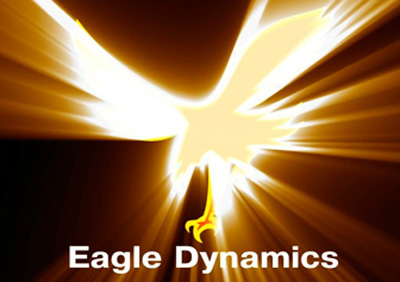 Doug: Have the Glowing Amraam trailers and teasers opened any doors to projects that would generate revenue for you?

Cato: Sadly, no. But I remember being contacted by someone from the USAF wanting to do some scenes for a well known cable television channel. I am guessing the whole project was scrapped because nothing further came from it. Eagle Dynamics has been kind enough to sponsor me with some hardware assistance.

Doug: What is your training?

Cato: As mentioned earlier, I started out with Windows Movie Maker 2.0, and I learned pretty much all the basics from that program. As I ventured on to Sony Vegas, I realized I needed some help. I must give credit to Daniele “Little Donkey” Ciccone, as he helped me out a lot with Sony Vegas. Ha-ha… I practically spammed him on MSN every time I had a question about the program. Then I started messing around with Adobe After Effects. 90% of what I know comes from the very famous web site VideoCopilot.net.

Doug: Why those specific products?

Sony Vegas is the perfect tool for me when putting the movie together and adding sound effects and music and so on. Plus, it’s very easy to use. Adobe After Effects is a program I use when I want to make visual effects that simply cannot be done in Vegas like the opening animation in “Project 10”.

The shots in “Project 10” that have some “camera wiggle” were done in Adobe After Effects. It makes the shots look more natural and less “game-like”. You can also use Vegas for this, but After Effects is a lot more flexible for this purpose.

There’s one scene in “Project 10” where the A-10C flies towards the camera in a “slalom” fashion, this shot was just a static “F3 Flyby” view, but the entire movement of the camera was made in After Effects.

Doug: It’s very evident you have an “eye” for good editing. Are you a movie buff?

Cato: Indeed I am! I love movies! Be it action, drama, or horror movies. I even enjoy watching movie trailers on Quicktime.com which, by the way, has inspired me quite a bit how to make my movies.

Doug: With all of the action in the videos, I’d imagine you are a pretty proficient sim pilot then?

Cato: Actually, I’m horrible at it. Yes sure, I can fly DCS: Black Shark okay, and make it look like I really know what I am doing, but I can barely fly in formation with straight and level AI. To this day, I have no idea how to start-up the Black Shark manually. DCS: A-10C Warthog however is a different story. Maybe this is because I am more into jets than helicopters.

How to Make Your Own Simulation Movies