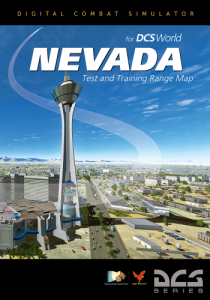 The Nevada Test and Training Range map (NTTR) originally started as a third party project, but Eagle Dynamics eventually partnered up on the concept after development of the DCS: A-10C started. However, once the third party in question fell apart, Eagle Dynamics was left holding onto promises and preorders. On top of that, ED discovered that the TFCSE engine had insufficient ability to run the map at the standards promised. This circumstance led to the creation of EDGE, a new Image Generator built from scratch that would give DCS a welcomed technical and graphical boost – the Nevada map proved to be the perfect testing grounds for such an undertaking.

Now, roughly five years after the initial conception, The Fighter Collection and Eagle Dynamics have finally certified that the NTTR map is finally ready for pre-order. From now until November, the map’s Open Alpha release date, players can pre-purchase the map for $39.99, 20% off the full price of $49.99. Of course, if you bought the A-10C Warthog during beta (before February 21st, 2011), then you’ll finally be getting your free map! 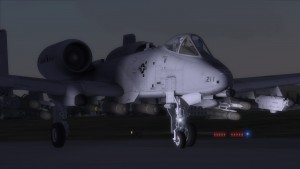 The Nevada Test and Training Range (NTTR) has the largest contiguous air and ground space available for peacetime military operations in the free world. The NTTR land area includes simulated air defense systems, mock airbases, and several target ranges. The NTTR was also used for nuclear testing. Today, it is home to RED FLAG and other military exercises that include countries from around the world. The NTTR map for DCS World 2 includes Nellis AFB, Creech AFB and the infamous Groom Lake AFB (aka Area 51). This map also includes the city of Las Vegas, McCarran International Airport, and Hoover Dam.