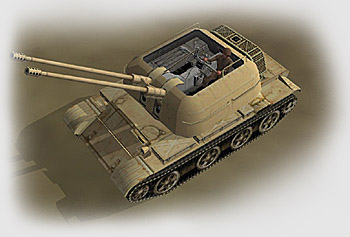 Moving right along we come to the graphics department. SFP-1 is an interesting set of obvious compromises in design. For the most part, graphics are what I would term adequate. When I look out the window I see a believable picture. It looks like the planet I’m used to flying over. What strikes me more than anything is the missing features of what is considered a modern simulation. Clouds are here and don’t look bad, but why not at least some moderately decent looking 3D effects? The 2D painting works fine for shooters like Battlefield 1942, but I was hoping for a bit more in this regard. Terrain is what I would call bland at best. The terrain while convincing, is far too uniform and cities have a distinctively square outline. That’s fine for one or two cities but not every one. There are a few areas of elevated terrain but not enough to enhance the gameplay. Airbases are strikingly empty. Nothing is more fun than swooping in on your enemies airbase and plastering aircraft on the ramps and runways. Here there is virtually nothing at an airbase except the runways and taxiways along with the airfield buildings. There is rarely any AI activity other than your flight. Darkness is extremely dark and while mostly realistic, makes night missions a bit too difficult to accomplish for the average simmer.

One area where this sim stands out is the aircraft models. These have to be the best aircraft of their type in ANY sim. The F-4 is a true work of art, and my favorite, the A-4, is lovingly and accurately rendered. One of the nicer little touches are the moving pilot heads, looking left and right as they scan the sky for bogey’s. Cockpits are Spartan yet functional and they have that slightly retro look which adds to the realism. For the most part the cockpits are very accurate in layout but tend to be a bit on the generic side when it comes to flight instrumentation and function. There’s nothing wrong with that and it doesn’t detract from gameplay. A HUD system for targeting and your aircraft is used and is very reminiscent of EAW. Most folks will be right at home with it. The view system could be better and out of the box my HAT switch didn’t do what I thought it should. The views are configurable though and I had no problems setting it up like I wanted it with my hardware. You can zoom in and out but it still feels a bit claustrophobic while your sitting in your office. 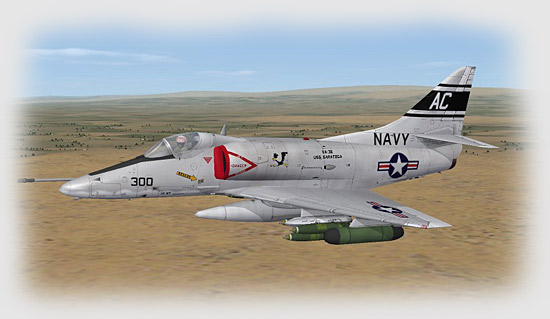 Effects are sparse and since the patch there are definite improvements, but there are still some areas that need to be addressed. Weapons craters, smoke from damaged vehicles and buildings and explosion effects are not what I would call eye candy. Again the word adequate comes to mind. In fairness the new napalm effect post patch is rather impressive to watch. Afterburner effects are quite nice, and weapons effects are pretty good too. The depiction of damage is shown with bullet hits, fire, and parts being shed by damaged aircraft or when your taking hits. Explosions look good and when an aircraft explodes there’s a nice trail of flaming debris. Sometimes the damage is a bit simplistic when you lose a wing or a tail, but for the most part its nicely done. The ground war is shown as tanks and artillery slug it out below and this actually can be pretty entertaining and you can watch it with the object views nicely. Effects from bombs are weak and definitely could be improved.

The Evolution of Strike Fighters: Project One Page 11