So far the SimHQ series for the IL-2 family of simulations has covered Fighters, and Ground Attack. Today we’re going to learn to attack ships using skip bombing.

As you’ve probably learned, level bombing in a fighter can be challenging; it’s easy to miss. Dive bombing with fighters, let alone Stukas, Dauntlesses (Dauntlessi?), and Kates can be supremely difficult.

Since ships travel on water, folks figured out that one could literally skip bombs over the waves and into their target. The Soviets in particular were big fans of the technique and used it extensively against German shipping. In the Pacific, the USA used skip bombing against Japanese ships.

It can be risky — one is flying right into the teeth of anti-aircraft fire, after all — but has a high probability of both a hit on a target and survival afterwards.

Viewed from above, a ship is very long and very narrow; one must hit something no bigger than the width of the vessel, which can be as little as ten yards. Make the side of the ship a target and one has the side of the barn, a very big barn, to aim at. 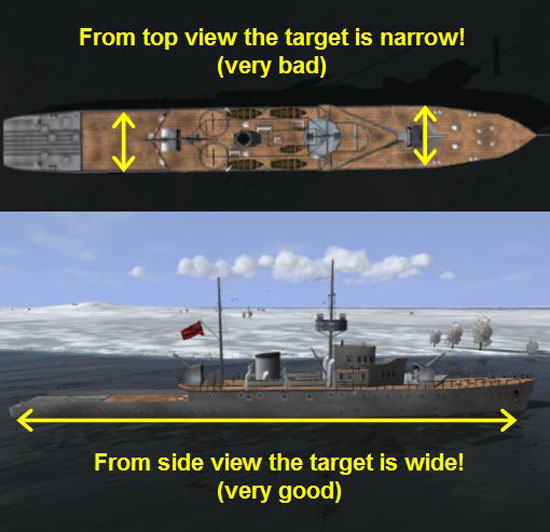 Big ships, such as battleships and aircraft carriers, aren’t suitable for solo skip bombing; there is a “diving S” technique for slipping around their fire, but it’s not historical and takes advantage of the unique nature of anti-aircraft artificial intelligence. Likewise, it’s just for showing off – you aren’t going to sink a battleship with one bomb! Take five or six friends with you if you’re going to skip bomb big ships.

As homage to the IL-2 series origins, we’ll be flying with the Soviets in this article, and no plane says Soviet “Mast Top” missions like the P-40! Most of the lend-lease P-40’s went to the 2nd Guards Composite Air Squadron stationed near Murmansk, and it was the plane that Boris Safonov last piloted. 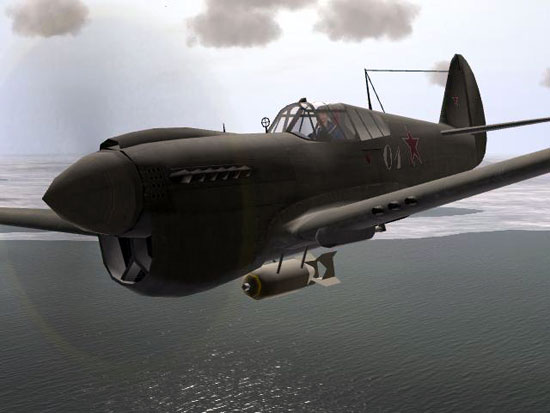 This is not Safanov’s plane. It’s mine, with the maniacal grinning IL-2 / 3M tail gunner at the controls.