Pain in the Processor

Dual-core and quad-core processors do not at first appear to be a problem for LB2 players. In fact, it still isn’t certain if this next problem is a processor issue at all — but multi-core is widely regarded as the cause as similar consequences in other older game titles. Upon entering a mission, many players will encounter a fairly swift game freeze. If the game freezes whilst a sound file is playing, that will keep looping. This can only be cured by CTRL-ALT-DEL and killing LB2 from the Windows Task Manager.

One method have tried to stop this is disabling a core (on a dual-core processor) or the other three (on a quad-core processor). So basically, just have one core running at time of game launch. There are several ways to disable processor cores, but one of the simplest methods is to use a program that is made for the purpose such as Launch n Set (for dual-core processors only) or PriFinitty (for all multi-core processors). There is also one called WinLauncherXP which appears to do the same sort of thing, but contrary to what the title might suggest, it doesn’t add any sort of compatibility in the shape on Windows XP — it was doubtless just made for that version of Windows.

These easy-to-use programs allow you to setup “profiles” for individual games, meaning that you can have different settings for each game that you want to run — and they are all stored and are easy to access and edit.

Even so, each time I exited the game I got a Windows error saying that there was a problem with LB2 and that it had to close. It only happened to me when I exited, but it’s another problem that would be nice if it wasn’t there. Since then I have discovered that this crash does in fact happen after every mission, and that makes campaign progress next to impossible.

Even with just one core running, it may well still be too fast for LB2 and you will still have to slow down that core with a program such as Turbo in order to cure the problem that some players encounter with the helicopter flying way too fast. I think that flying “like a jet” is probably a bit of an exaggeration, but that’s what most people describe it as. Oh, and the HE rockets falling short of the target will also still be a problem unless the CPU is slowed down enough. The only problem with this is, you may well have to slow the processor down so much — the rockets work — but you get about 5 frames per second rendering the actual game unplayable! If running in 3DFX mode and using the dgVoodoo glide wrapper, enabling the “vertical sync” option is also a good idea — but no longer a cure.

Some people have to also install the Microsoft Application Compatibility Toolkit (ACT) and LB2 fix in order to try and at least stabilize LB2from the dreaded game freeze. It has worked for some, but not for all. 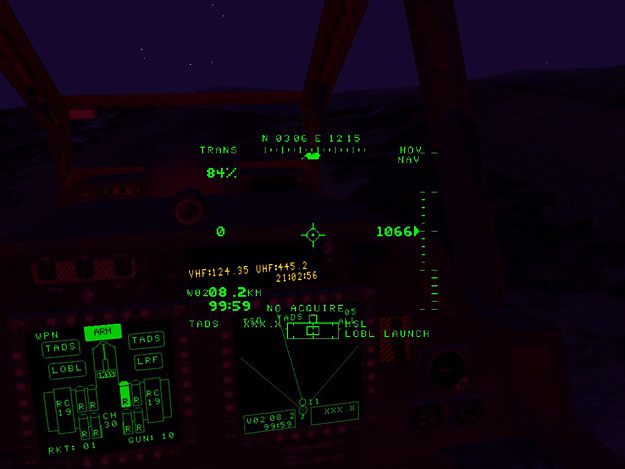 This problem finding, solution checking and testing with Longbow 2 in Windows Vista or Windows 7 and multi-core processors is still really in its early days. It is not helped by the fact that a very prominent member of the LB2 community — and a pioneer in getting LB2 to run on advancing PC systems — has now sadly passed on. Kevin “PositiveG” Speichts was for years known for his work and exploration in making LB2 work on computers with too much memory and new operating systems. By the way, memory doesn’t seem to be a factor in preventing LB2 running now. Kevin just about discovered that LB2 would indeed work on Windows Vista — but that’s unfortunately as far as he got. If he had heard of the problems we’re facing now, he surely would have had some wisdom to add to it all.

For myself, I have tweaked endlessly and still get that painful game freeze. I cannot get LB2 to run for any length of time before the freeze occurs and stops my fun.

I have done all my tests in LB2 with the 3DFX mode using the dgVoodoo glide wrapper for Glide emulation. I could try Software mode, I could try Direct3D mode, but those graphics modes have long been dismissed because of the superior 3DFX / Glide Wrapper combo. And besides, I can’t quite find the time these days to test the other modes thoroughly. To be honest, I don’t really have the will to battle it much longer. 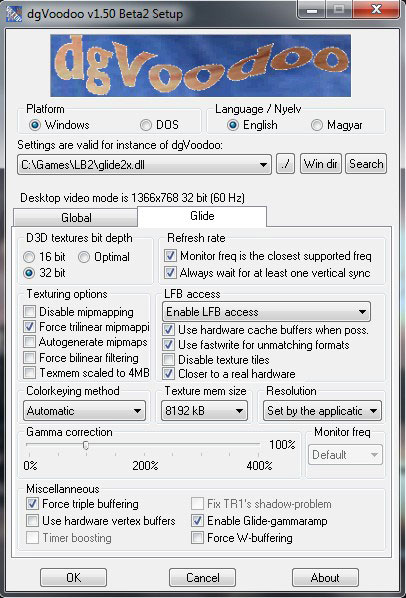 Even if I did test it in the other display modes and found a fix, that might work for only me. There are hundreds of combinations of runningLB2 and the notion that any one fix will work for everyone is highly doubtful. In the past when Windows XP was being pulled apart, it was as if some players were only having game crashes with certain graphics cards, using certain drivers, using a certain make of joystick, in certain helicopters, on certain terrain maps, after a certain time in the mission. It has now become that ridiculous again and hard to contemplate what solution would work best.

Until now, I have been able to get by and still play LB2 even if it has meant some degradation of gameplay. For me now though, I think sadly that my Longbow 2 days are close to over. This time I really have been beaten. I will admit defeat. I have to admit defeat, if only for my sanity and the good memories that I have playing this classic simulation. I don’t want my happy experiences being muddied by endless attempts at getting it to run on these blasted new hardware and software advancements.

I hope for the sake of future generations that game developers have learned a lesson and have coded their current games to be “future proof”, so that in 12 years (how old LB2 is now) time people will still be able to play them with little or no fuss on whatever technological advancement is out at that time. I wonder if Origin even thought that people would still be trying to play their sim so long after it was made? If our group is anything to go by — I very much doubt it.

Some people have had success with LB2 on Windows 7 with multi-core processors. There will most likely always be someone who can play LB2 on whatever new system they have — because that’s just the way it goes. For most of us though, our tank hunting days in LB2are well and truly over — unless of course we build a retro PC system. Me? Well, I think it may be time for this old veteran to hang up his IHADSS for the last time.

As mentioned, no luck for me, but SimHQ member “The Punisher” has had success with these install elements:

All I can say is, if you are interested in trying to play LB2 on your modern computer, please visit my web site for the latest up-to-date info on this subject, and join us in the SimHQ Jane’s Longbow Series Forum and we will try to help you.

This is the spec that I have experienced all my problems on:

Here are the finer points of the game installation and running:

I must just say a big thank you to “The Punisher” for recently testing most of this out, and anyone else who has contributed.

I’d also like to take this opportunity to say a big thanks to Kevin “PositiveG” Speichts for all his previous work with LB2. You are sorely missed, our friend. Rest In Peace. 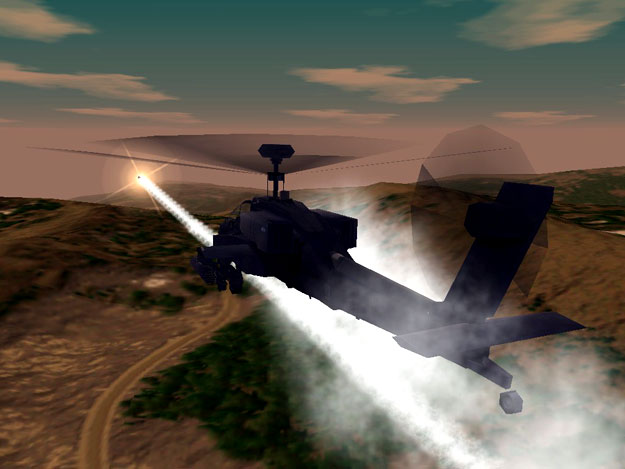