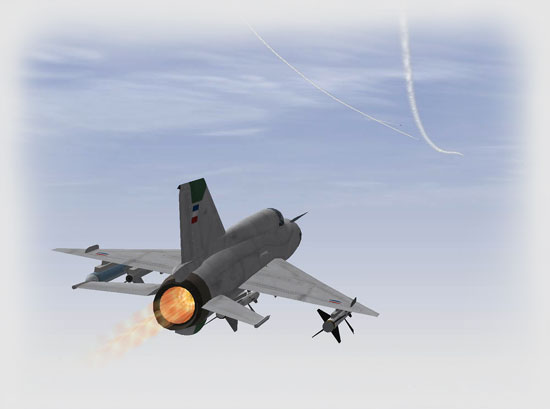 Time and again we’ve seen combat flight sims bolt from the starting gate with a healthy pace only to falter rounding the first corner. I can reel off quite a few from the top of my head. Indeed, the boxes sit silently on my bookshelf waiting perhaps for that day when my curiosity will get the better of me. So what is it about Falcon 4 that has kept the dust from settling on the manual? Why is my original Falcon 4 CD protected in not one, but two CD cases? The modding community has had a great deal to do with it for sure, but the core reasons are clear. First is the complexity. No sim has ever modeled an aircraft in such glorious detail as Falcon 4. Second, is the campaign. No other sim has ever modeled such an incredibly rich battlefield. So with such good roots, it’s only natural that F4:AF should expand on and improve what was already pretty darn good.

In Part I of our multi-part series, we already discussed that F4:AF ships with two campaign theaters: Korea and the Balkans. A total of 18 possible theater scenarios are possible once you mix the theaters with different eras and political situations. For the purposes of this article, we will take a close look at the newer theater, the Balkans. Specifically I’m going to crank up Operation Under Siege – 2010, which will give me a look at a future order of battle that includes some very high-tech and capable platforms.

The campaign process starts by picking your theater and scenario, then setting the difficulty level that you would like to be faced with. The “challenge rating” can be selected from pre-set levels (Ace, Vet, Rookie, Cadet, or Recruit) or you can mix and match the different specific Force Ratios to tailor the campaign to your liking.