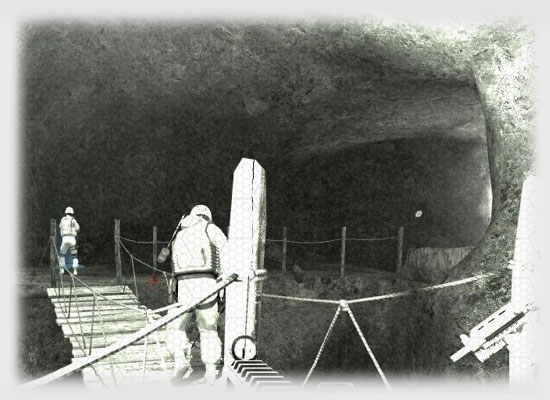 Now a nice campaign is great but where these types of games shine is usually the multiplayer type. I almost exclusively play multiplayer cooperative with all tactical shooters, but to give a fair review, I sucked it up and joined a couple of open multiplayer servers in the interest of this review.

There are many types of multiplayer games, one is the standard Free for All where you join in and shoot anyone and everyone. Then you have the team adversarial mod which is one team against another, and then there’s Rivalry, which is another team based mode where you complete objectives to get points for your team. Then there’s the classic Retrieval which is pretty much like capture the flag and bring it back to your base. 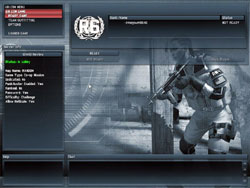 You have cooperative terrorist hunt, which has been one of my favorites for years, you work with a team to hunt and kill bad guys. Then of course is the Rainbow Six trade mark, Cooperative play for the missions, this is where you and your online buddies take on the single campaign missions without the idiot AI teammates getting in your way.

When playing multiplayer you get a few extra toys like flash bangs, flash mines, C4, a motion sensor, virus grenades, door fusers, claymore mines, laser trip mines, and a surveillance PDA. All cool to include, but way over the top for any realism.

The one major negative to Lockdown’s multiplayer, which is for most Ubisoft games, is that you have to go through their Ubisoft server list to play, no direct connect, direct IP, ect., ect. When will these people learn? The Ubisoft servers are a joke, if you get disconnected or a lock up in game, then reboot and restart, you just may not be able to get back in because your CD key is already in use. Most of the time the server you were on has to be reset or wait till the next load up.

Like I said above the graphics for this game are very nicely done. The characters, the equipment, and especially the environment are incredible. The gun fire and explosions are nicely done without be over dramatized. This is truly the prettiest Rainbow Six I’ve seen.

The sounds of the environment and gun fire is nice, but mainly sounding the same within the weapons class. The voice acting is some of the worst I’ve experienced. The next time one of my operatives smack talks me for waiting to long to do something, I’m going to shoot them myself. Each character has their own voice set but their accents, (they are international you know), seems fake and untrue. If that French guys says “wee” to me one more time, I’m going to cap his… too.