Magnum: What are some of the major non-player vehicles modeled in the game? IE: Infantry, Artillery, Air support, AT guns, rockets and/or support vehicles? 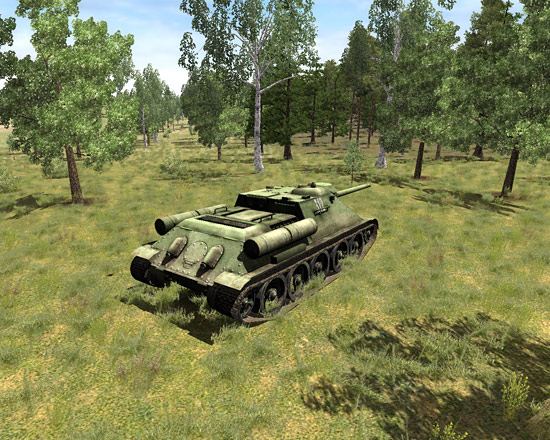 Magnum: Will these be on a full battlefield, or just model the armor conflict between the two sides?

Nikita: The conflicts, described in the game, present not a full battlefield but its concrete parts with participation of armored vehicles, infantry, aircraft. All the events of these conflicts occur right around the player, as the missions imply, and move in accordance with the player’s actions. But we try to model the full battlefield by using some background episodes which move simultaneously with the main events. For example, air attacks, artillery fire will contribute to the effect of a full battlefield. On this stage a player will accomplish tactical tasks and actions all around the place modeling attacks and defenses, encirclements and “follow-throughs”.

Magnum: I understand you can play either as the Germans or Russians. What part of the Eastern Front is the sim based and what is the time table? Does the sim take place in 1941 to 45? Or just a certain part of the war?

Nikita: The game will be a story of confrontation of Soviet and German forces on the part of the line of Belorussian Front in the direction of Vitebsk and Orsha. That will be a summer campaign of 1944. Historically, it was a very hot time of year. German troops after being defeated near Kursk were in constant retreat, and they were ready to struggle fiercely to win back their previous position. It was the time of desperate battles with Soviet forces, which had no intention to be forced back and fought even more aggressively on their land. So, a player will take part in all ranges of battles from localized to large-scale battles with many vehicles from both sides on the village landscape. 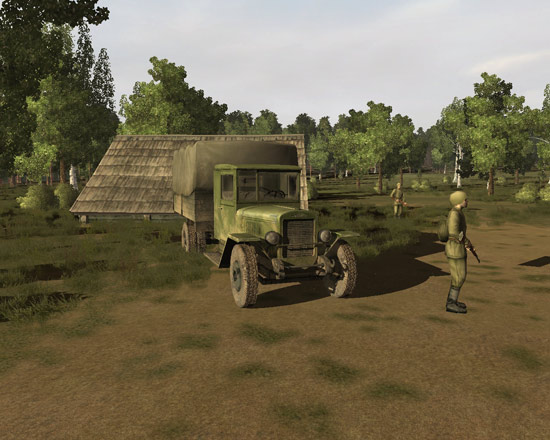 Magnum: Is there a story driven campaign, or just certain battles modeled for each side?

Nikita: There will be a number of battles connected by a single storyline and a single campaign for each side. And the battles are not the same in both campaigns. We have chosen the most vivid and important ones from each side in conflict.

Magnum: Will the AI fill up the slots on a tank the player doesn’t play, or is the player responsible for everything?

Nikita: Since the player can fill up only one position in the tank the other two are filled up with AI members of the team. That means that at the beginning of the mission the tank crew has a complete staff. And such a scheme in which a player fills up only one position in the crew is preserved in all situations including the situation when the other crew members are dead. If such a thing occurred, the player would change positions. But we do not intend to make the procedure of changing roles very hard and impose too many difficulties on a player in case one or two crew members are dead. The only thing here is that a player should understand what his intentions are, and act accordingly.

Magnum: Will the player be able to jump from position to position, with the AI taking over the left over position, or is he stuck into one role?

Nikita: Yes, as I have mentioned a player can fill up any position in the tank he prefers at any time. And the other positions will be filled up by AI crew members. And of course a player can rely on his virtual companions. AI will not act in contradiction to the player’s actions — everything will be coordinated and taken into consideration. For example, if a player is aiming and going to shoot, the driver will lower the gear or even stop the vehicle. And if a player occupies the commander position, the AI driver and gunner will execute the orders.

Magnum: Will the player have command of additional armor units, and/or support units or is that all controlled by an AI commander, the player simply drives/shoots his tank?

Nikita: The player will be in charge of his own tank and in the course of the battle the members of its crew look back to the player’s actions and act accordingly. Each unit that is under command of AI has the main task and all their actions are aimed at it. But it does not imply that they will strike forward without any looking back to the player. All the tanks try to act under the rules one group. So, there would be no single tanks moving far away forward ahead the main group. They will try to avoid such things. If they do, it will be because they do not have the proper command directing them.

Magnum: Are the playable tanks modeled in detail? Meaning, when you’re sitting in the driver’s seat, you actually see the inside of the tank, its gauges and gears, and controls? Or do you play from a third person or external view only?

Eugene: We modeled the battle tank cockpit to every detail. The player can see the changing information in real time data on the control panel, all indicators, animated steering levers and pedals as a player moves the tank. You can open the hatch on the driver’s and commander’s positions and have a look from it. Inside the tank a player can see optics, main caliber, machine gun with additional ammunition equipment. Speedometer, tachometer, temperature sensors, and indicators of turret turn present the actual data of tank state at a moment. 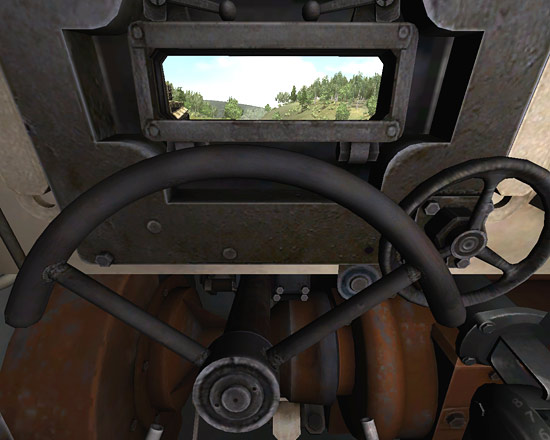 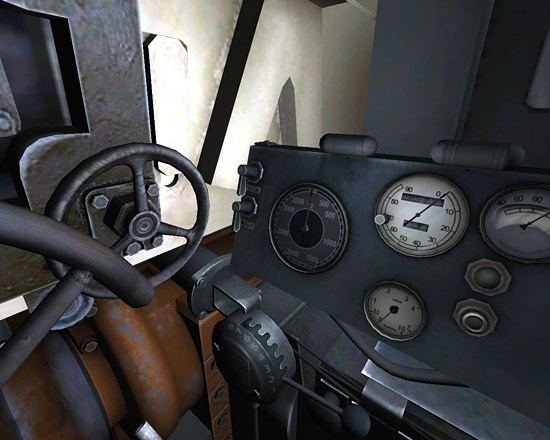 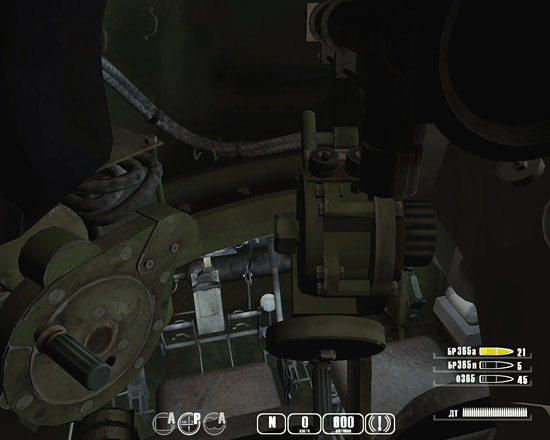