Gameplay is fun and can be as much a simulation as you like based on your option selections. It can also be as game orientated as you like, again based on the options selected. However, no matter what difficulty level is selected,  I find it very hard to succeed. I play on normal difficulty (I refuse to drop down to the “easy” level of gameplay), yet it takes me 10 to 15 tries for each and every mission.

The biggest complaint is not actually the gameplay, but rather understanding what or how I’m supposed to do something in game. The briefing is good, with clear objectives, but you’re not told how you are supposed to get to those objectives. One example of an early mission: you have to get to a grid and locate a disabled submarine. You arrive and have to engage the enemy that has made it to the sub first. Once the enemy sub is destroyed, you need to rescue the crew. You have two PT Boats and a Destroyer under your command. The mission is easy, but it took me three tries and a forum post asking what I was doing wrong in order to figure out that I needed to bring my destroyer, not the PT Boats, next to the sub, get a message of mooring, and then wait. It’s a simple thing, but maybe in the tutorial or the briefing it could have been mentioned. I had to play the mission over and over until I figured it out. 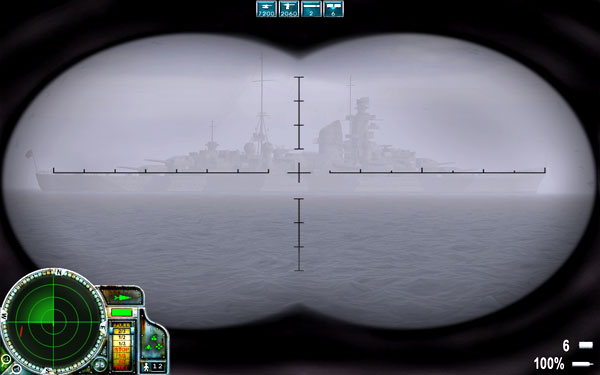 In another mission, you have to identify nine ships in a convoy, without being seen. After getting slaughtered by German PT Boats at least five times, I found out that you have to be between 700 meters and 750 meters from the convoy, stop and watch for almost an hour as each ship goes by, and identify each. If you get too close, you’re dead. If you stay too far away, although the ships are clearly visible in the binoculars you won’t be able to “identify” the ships.

The missions have to be played in order. You start with episode one, mission one, then progress to mission two, then three. When you get stuck on a mission you can’t do anything else, except maybe play on the other side. This can be frustrating and make a player want to give up on the game. Bonus missions are available after you complete the campaign, but I would have preferred to have quick and easy missions to jump to now and again.

The actual gameplay is great. You can play from a 3rd person view, issuing driver orders like a first person shooter (using the W,S,A,D keys) to your PT Boat or Destroyer. You can fire torpedoes with an estimate or pull up the detailed torpedo targeting device. 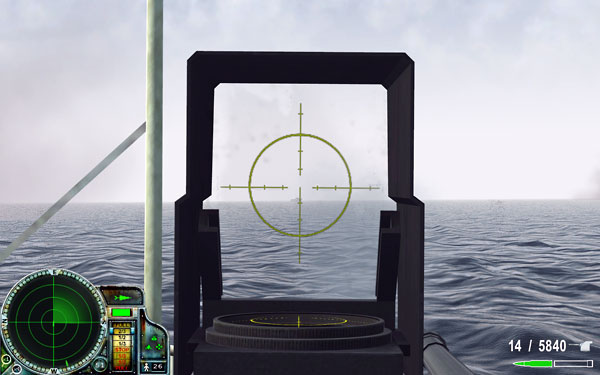 You can access a first person view of any of the guns on the PT Boats (but not other ships), or sight in with the machine gun sight and let loose; it’s a lot of fun. But in game, if you want to play it properly, you will want to play in tactical view. Tactical view lets you view all of the ships from a map view, select different ships, issue orders, assign waypoints, assign targets, lay out smoke screens, engage certain targets, or defend certain targets. You can do this with individual ships or all of them, or in different groups. You can assign formations to the ships, or order zig-zag tactics. There are really have two games in one here; PT Boats can be played as a first or third person shooter, and/or as a tactical strategic game. Both are great fun, and play well. But the game in general is quite difficult. 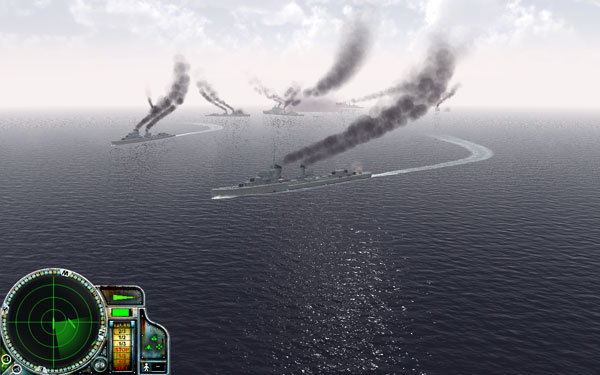 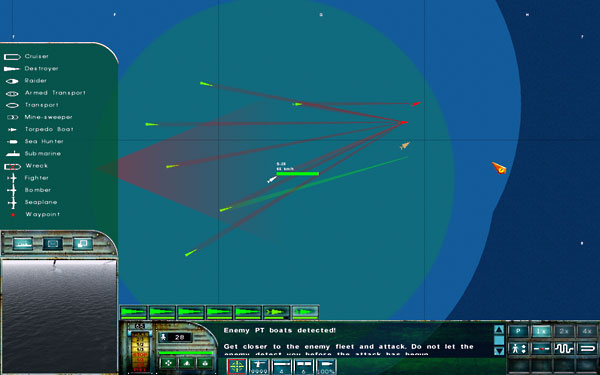 Multiplayer is pretty basic, but still looks to be a lot of fun with friends. It’s not the simulation type of gameplay we were expecting, but is still looks to be enjoyable. In Deathmatch, everyone spawns in with a PT Boat, and the one with the most sinks (kills) by the end of the time wins. Same with team deathmatch, but of course you’re split into two teams.

The closest you’re going to get to some type of cooperative gameplay is Humans vs. AI. This is just like team death match, but with humans on one side and AI on the other. There are no co-op missions or objectives, which would have been nice. It would also have been nice to have all players be able to be on one PT Boat manning the different stations as a team. 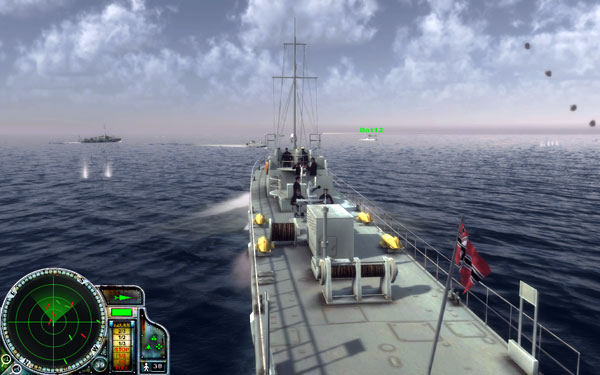 The biggest problem I have with multiplayer is that the players’ ships spawn too close to each other. As a result there are no tactics or hide-and-seek type gameplay; you just spawn in and start shooting like hell. It may be fun, but it is not a simulation nor is it tactical. Be advised: I set up my own server and played against the AI to test the multiplayer gameplay choices. However, as yet I have not been able to find a game server to play on, and when I hosted a MP event to test the multiplayer, a total of three players showed up and not one of us could see (or have ever seen) a multiplayer server listed, nor were any of usable to see anyone else’s server. We tried three different server attempts, taking down firewalls, opening ports, and putting the machines in DMZ mode, but nothing worked. Is multiplayer broken, or am I doing something wrong when trying to connect? I’ve asked in the forums if anyone has seen a MP server yet, without reply.

For what it is, PT Boats: Knights of the Sea is an enjoyable game. I would label it more sim lite than true simulation. A true simulation in my mind is a title like DCS: Black Shark or Falcon 4.0. PT Boats isn’t a Battlefield style of game either — it’s in between. Single player is fun, different, but difficult. Multiplayer choices are fun, but they are routine and limited (based on my AI-based MP experience). If you like naval games, tactical games, or boats in general, you can’t go wrong with PT Boats: Knights of the Sea. But if you’re looking for a hardcore PT boat simulation with a minutiae of calculations, then PT Boats probably isn’t it.

Battlefront released a PT Boats demo on New Year’s Eve. Try the demo before you buy. As much as I like Battlefront as a publisher, I do believe that their PC games are a little higher in price then they should be. However, Battlefront is great with sharing the manual of its games before release. The manual is well done, and I highly recommended that you read it before purchasing. It explains everything you get with this game, which is plenty. The manual and demo can be found at the Battlefront web site. 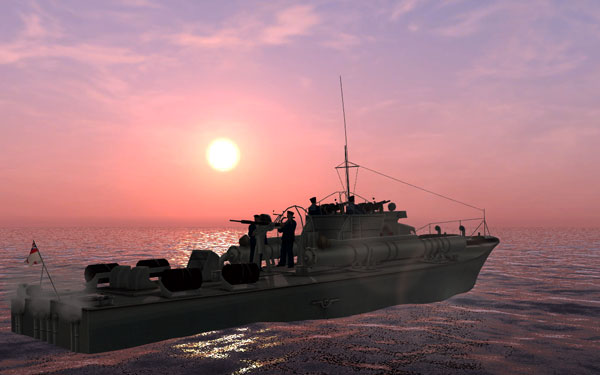