PT-Boats: Knights of the Sea

This is a title we saw last year, and although it looked pretty good, my feeling was that it appeared to be a long ways off. For whatever reason, I lost track of the simulation’s progress as time went by and I began to think perhaps the delays were not a good thing.

I was wrong. PT-Boats is looking very, very good! We met with Irina Semenova and Alexander Kozhevnikov of the developer, Akella, a Moscow based company. Target release date is end of 2006. Akella is determining a Western publisher currently. The recommended system is a P4 3.0 GHz, 1GB RAM, 128 MB video card. Hard drive footprint is expected to be about 2 to 3 GB’s. Detail level will be very scalable depending on your hardware. The sim will take advantage of Dual Core technology and users with 2GB RAM should see fairly significant improvement from 1GB. It is optimized for Windows XP, not Vista.

PT-Boats is based on the STORM 3 engine and includes AEGIA’s PhysX physics model (see our earlier report on AEGIA). 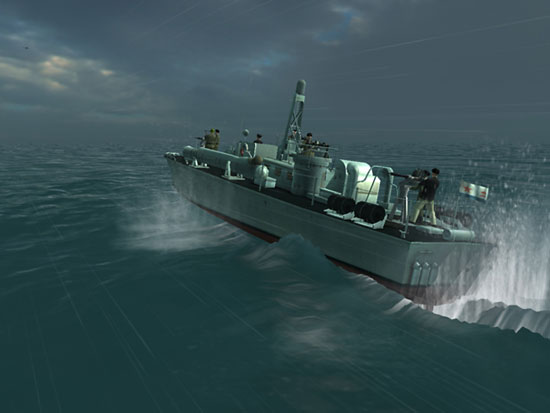 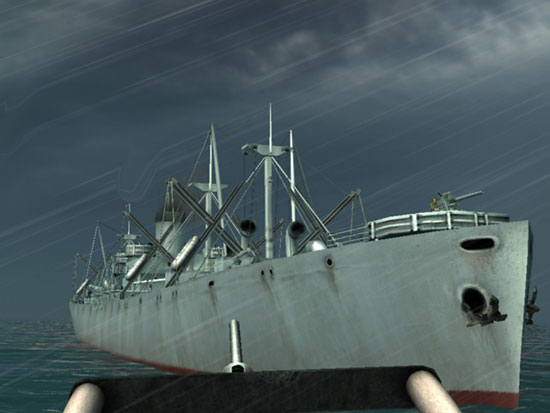 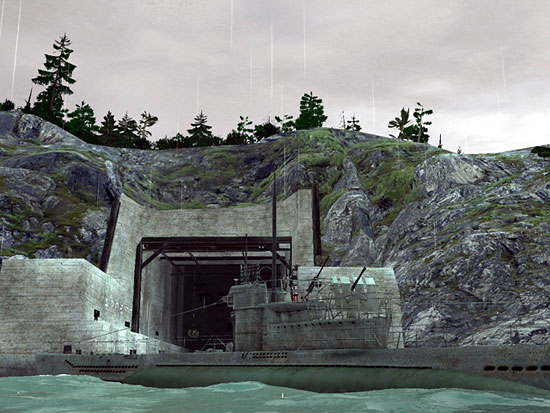 Let me just say, this sim looks stunning. The water effects, from waves to reflections (including fire), shell spray, boat wake are terrific. The boat models are very well done, and even the AI “target” boats, such as a merchant vessel, had animated crew members running along the decks, operating deck guns, and so on. The PT-Boat crew likewise were well rendered, realistic looking and moving. I watched one open a hatch and climb down inside the boat. In fact, all the objects in the demo we saw were good, the effects better than that.

We learned that there will be weather, single missions or three dynamic campaigns (the Black, Baltic, and North Seas), 20 types of torpedo boats, different types of torpedo modeling, a realistic damage model depending on damage from fire, to the hull, engine, or navigation systems. Players can choose their role, as a boat captain or any member of the crew. It will have multiplayer and can support up to 16 players per mission. An interesting title.

It’s the year 1914 and you’re the commander in the German Emperor’s submarine fleet. Use tactical skills to stay alive and sink allied shipping. Shells Of Fury Is a submarine game from H2F and Rondomedia. This is H2F’s first game. Thorsten Vogt from Rondomedia projects a late 2006 release, but this is pending negotiations for a US publisher. Hopefully this can transcend Rondomedia’s arcade looking catalogue. All I saw was a screenshot / poster so this one is probably fairly iffy. The game is to feature 50 historically accurate missions which include the entire mapped world. Mission areas in the North and Baltic seas plus the Atlantic Ocean are included. Campaign play is planned. Their web site is here.

Without too much to go on, we’ll have to cross our fingers on this one.