“The torpedo’s wake streaked towards the point of aim, amidships. It hit in 45 seconds, but there was no explosion. A second torpedo, with an identical depth setting 8 feet, followed. Its track jogged a bit to the left then settled down towards a point halfway between her stack and bridge. The fire control party was cheering it on, as if it were a horse with their money on its nose. It was more than that: American lives could be riding on the result. This torpedo did not fail. Pappy on the search scope and I on the attack both watched a tremendous explosion blow the structures aft of her bridge higher than a kite. Momentarily we saw a gigantic hole in her side bigger than a Mack truck, until she listed toward us.”  – page 150 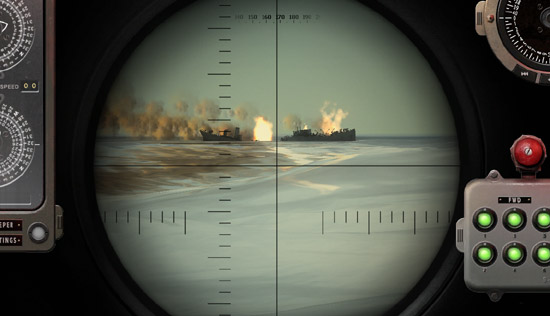 SH4, of course, features all of the detail you would expect from the Silent Hunter lineage. Sonar, radar, damage control, attack and observation scopes, plotting charts, and binoculars are among just a few of the tools you’ll have at your disposal to accomplish your missions. If you choose to play with realistic options turned on you will be expected to enter parameters such as target type, speed, distance, and angle-on-the-bow among others into the TDC (Torpedo Data Computer). The learning curve is a bit steep initially, but the satisfaction of pulling off a successful approach, attack, and evasion is comparable to flying a difficult mission in any air combat sim. 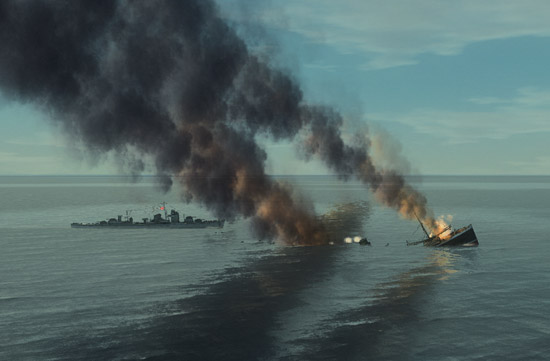 The story of Wahoo is an account that reminds us of a time when Americas “Greatest Generation” stepped up to the call and went forth into circumstances and hardships that we can only fully appreciate by listening to the fantastic recollections of those who were there. The admiration and respect that crewmembers aboard Wahoo had for each other shines through in O’Kane’s writing. It should be remembered that service in submarines in World War II was a strictly volunteer assignment, and loses were heavy. Ultimately, the story ofWahoo is one of triumph and tragedy, but O’Kane says it best near the end of his book:

“Though her life was short, her sinkings placed Wahoo within the first four boats, and Morton tied for second place among the skippers. For best patrol, he was again in second place in the 1,560 U.S. total. But these are just numbers, and submariners will remember the captain who shook off the shackles and set the pace, Mush Morton.” – page 334 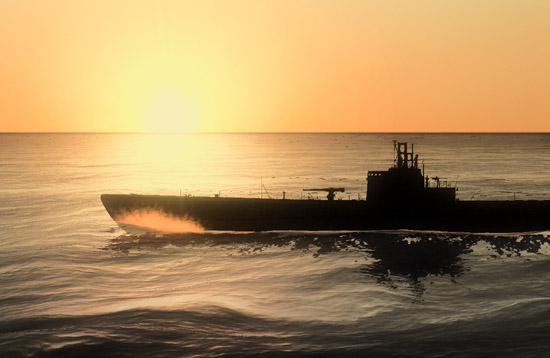 Check out our Naval Combat Zone Library!
SimHQ earns referral fees on sales of books, electronics, and more at Amazon.com.

Read It – Do It Volume 3: Wahoo Page 2
The EECH / EEAH World Gets Even Better
Vintage Aircraft Tailwheel Tire Tube
$29.0