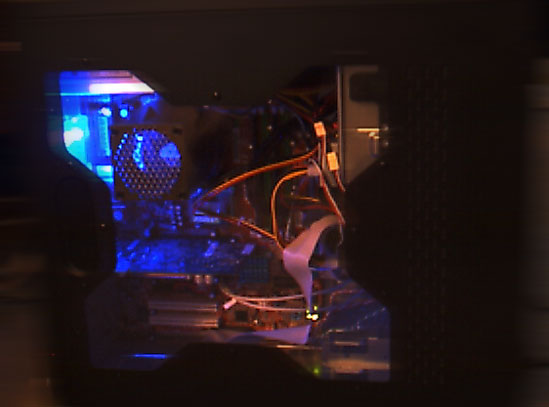 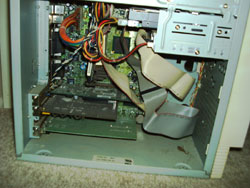 Well, years have gone by and as they say my machine was getting long in the tooth. I’ve upgraded everything I possibly could on the old P3. Since 1999 I’ve added a SB Live! X-Gamer sound card, a Voodoo 3 and then GeForce4 MX420 video card, Ethernet, and upgraded from 96MB RAM to 256MB RAM. Oh, can’t forget the 20GB hard drive after the 15GB up and stopped working one day about three years ago. This machine still runs well, but there’s no way it can run many modern sims. About the only thing I can do on it anymore is surf the net and play Pogo, Yahoo, or Slingo games online or browse many message boards. It did work well beta testing SFP1/WOV though.

Somewhere along the way someone recently saw my plight with the old and tired P3 500 rigasaurus. Out of the blue I was asked if I could use a new motherboard and processor. Well, people had suggested I build my own rig but I never thought too much about it. I work full time and don’t have much spare time. Sure, what the heck. I’ve never built one, but with the basics covered how hard could it be? Plus the fact that I haven’t simmed much in the past six months and only surf the net…I guess I can make some time.

A week later a new Intel mobo, processor, and heat sink (installed) arrives at my door. The excitement builds as I receive suggestions for hardware and go shopping. I pick up a case with a 500W PSU, 80GB hard drive, DVD-ROM drive, and a floppy drive (just in case). Now it’s time to build!

As said before, I’ve done plenty of hardware upgrades on the old P3…how hard could this be?

I slapped the mobo in the case, hooked up the power, fans, drives, USB stuff, etc. Everything looks good, power check…FAIL! I had a little green light come on on the motherboard, but nothing else. No fans, no lights, no drives…nothing. Oh boy…!

As suggested by a friend, have a pro look at it if you feel the least bit squeamish. Thinking to self, who could look at it that I can trust fully? The next day I took it in to Best Buy to the Geek Squad. Heck, they have the cool commercials and cool cute VW Beetles so they MUST know their stuff! Dropped $59.00 for them to run a diagnostics (not suggested after my experience unless you’re totally lost). I get the call the next morning and went in for a meeting with them.

“After looking at this, trying different PSUs, and a few other things because it wouldn’t take power…we noticed you didn’t mount the mobo on standoffs/risers/spacers. Your mobo is fried.” 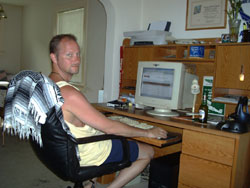 How many times have I said I’ve never built a machine? I’ve done a lot of upgrades but never messed with a mobo before. I suppose everyone and their brother knows to install standoffs between the mobo and case…but I didn’t. I grabbed my homebuilt machine, hung my head, and headed home. To be honest, I actually felt sick to my stomach the rest of the day.

After some time had passed and I had kicked my own butt for such a dumb mistake I had an idea. It was a long shot but I have nothing left to lose.

I uninstalled the mobo, inserted the standoffs, and reinstalled the mobo. Crossing my fingers I plugged her in. Low and behold the beast fired up! I had lights, fans, and drives flashing! Heck yeah!

I plugged her into my existing monitor, keyboard, and mouse to get the ball rolling. Five minutes into it…lights out! Oh man! This is killing me! Retried the same numerous times all with the same result…emergency shutdown (overheat). Yep, something’s fried.

I asked a few folks I know what might be happening (other than the board being fried). Most replies came back that it was the heat sink. Nope…can’t be! This thing has a monster heat sink that appears to be working great! Maybe it needs more fans? I went back and purchased two intake fans to compliment the exhaust fan, heat sink, PSU fan and PSU exhaust fan already running. I now have six fans blowing through the case creating a virtual wind tunnel. Still no fix…emergency heat shut down.

Once again, nothing left to lose, I open her back up and just for kicks I check the heat sink. Guess what, two of the connecting posts had come loose and I could wiggle the heat sink. I’m sure it was secure when I got it, but had moved the machine many times and I’m sure the Geek Squad had also. After more self butt kicking and realizing I SHOULD start listening to those who know, I resecured the heat sink and ops check good!

At least that’s what I thought…

Simming at Sea: A Tale of Heartbreak and Resurrection Page 3