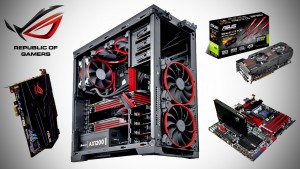 The holiday season is fast approaching, and, as with every year, the high profile gaming releases are hot on its trail. If you’re primarily a PC gamer this season is always a little bittersweet. The gamer in you is thrilled at all the new games you’ll be able to play, but there is always the fear that your PC won’t be able to handle them all. It’s part and parcel of the PC experience: you get the best graphics, performance, mods, modular/upgraded components, and ability to multitask, but it comes at the expense of your wallet.

So, if you’re in the market for a new machine, but don’t have the money to drop on all the flashy, newest hardware, you might want to give this a look. This build, obviously, isn’t the best on the market, but it will definitely get the job done, and done quite well considering the price. It’ll be able to play all the newest games coming out at mid-to-high settings (possibly higher depending on how important high fps is to you), and it’ll do it without breaking the bank. Also, the $650 price tag doesn’t include a case, monitor, mouse/keyboard, or HDD – as I’m assuming everyone has those already, but if you’re looking to upgrade those too, I’ve got some suggestions to help keep the costs down and quality up. This build also isn’t the cheapest out there, either. You can definitely upgrade for cheaper, but I wanted this rig to deliver quality at a low-mid range price. 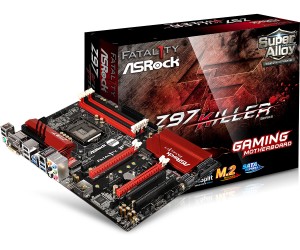 This ASRock board is a pretty no-frills, barebones kind of motherboard. It overclocks incredibly well, considering its price, and even though it’s a little sparse on features, it gets the job done nicely. In fact, “gets the job done” should be this board’s motto.

A Haswell quad-core LGA 150 processor with turbo boost (3.4 GHz), and 6MB L3 cache for under $200 bucks. This is a great CPU for the price, and while there are good CPU’s out there for less, this is one of two components I’d recommend putting a bit more cash into. 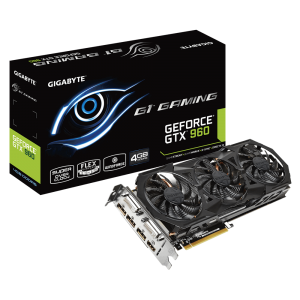 Naturally, your GPU is the other component I’d recommend spending a bit more on. This GTX 960 is pretty standard fare for what it is: a midrange card with a decent core and boost clock. What really pushes this card over the top is the 4 gigs of memory. The days of 2GB (or even 3GB) of GPU memory being sufficient are rapidly becoming a distant memory. With games starting to push into the 4k realm, you’re going to need that extra memory. In fact, if you can afford it, I’d even recommend a 6GB card such as this sexy thing. (yes, it’s more expensive than this entire build)

Forty bucks for 8GB of name brand memory – not a lot more to say about that. Corsair is a solid brand and 8GB’s will get you where you need to go, with plenty memory left over in most cases. However, if you’re looking at the recommended requirements for something like the upcoming Star Wars: Battlefront game then you might want to think about these double 8GB sticks. However, just because the recommended specs on that game say 16GB, in no way means you actually need that much ram to get a great experience.

I almost didn’t include this into the cost of the build, but decided to go ahead and add it since there is a decent chance that, if you’re upgrading your Motherboard or GPU, you might need a little extra juice. This 750W power supply from Corsair is modular, and if you’ve never used a modular power supply, you don’t know what you’re missing. Being able to discard all the power cords you don’t need is fantastic, and really makes putting the PC together much more convenient. It’s an eighty bucks well spent if you need the upgrade.

All in all, this set up will run you a bit under $650 and have you set and ready to go for the winter release storm. 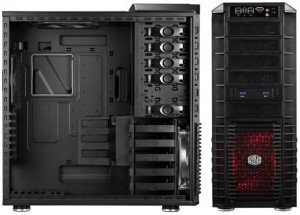 Unless you’re in need of terabytes of storage, don’t “upgrade” your HDD with another HDD – hold onto your old one and supplement your capacity with an SSD. You’ll thank me for it later. Seriously. Don’t ask questions, just do it.

Yes, it’s a full tower. If full tower’s aren’t your thing (you heathen), then check out this fella. After building machines for over a decade, I can’t go back to mid towers. It’s worth having this bulky thing next to me take up more space in return for how much easier it is to perform maintenance (not to mention the initial building).

Mechanical keyboards have recently seen a resurgence in the gaming community, and after using one for about three years now, I can understand why. The feel of a mechanical keyboard is just… good. Once you’ve switched to it, I’m betting you won’t go back to your old plastic-y keyboard. They are, generally, a bit pricey, which is why I was pleased with the Func 460 – it’s relatively cheap, uses nice Cherry Blue switches, and is generally of a much higher quality than I expected. 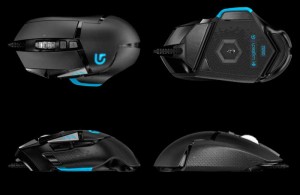 Your mouse is another component I’d suggest you splurge a bit on. Why? I find that a lot of gamers don’t pay enough attention to their mouse quality. You’re going to be clicking the thing like crazy for years, and you don’t want it to crap out on you in the middle of a fight/match/flight/whatever. I used a Logitech G500 for years and absolutely loved it, so I was happy to see the G502 continue its legacy. Overall, LogiTech mice are just a solid pick.

It’s not the best, nor the prettiest, but it’s only $139 and it has built-in speakers if, like me, you tend to need a portable monitor from time to time. I’m only adding a monitor to round out this list, but if you’re in honest need of an upgrade, I highly recommend buying it separately from your components. Buy those first, then save up and invest in a 4K monitor. Patience. Patience.