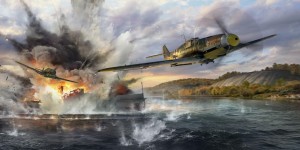 The long awaited 1.104 update has finally landed for IL-2 Sturmovik: BOS, and it was worth the wait. So, what has been added? Well, for starters, the summer and autumn season maps, coupled with the new campaign (which covers the early days of the battle through to the November winter that ensued) are both fantastic. The campaign plays in both static and dynamic scenarios, and unfolds as a series of episodes seen from the perspective of a German or Russian pilot. To that end, the Bf 109 E7 is now available to all customers who have bought Battle of Moscow, but even if you haven’t, you can still select the E7 as an enemy (as with all BoM planes). Likewise, the I-16 type 24 is no longer exclusive to the BoM Premium version, however, the MC202 and P-40 E-1 still are locked off, but will be available for purchase sometime in the future.

I was also pleased to find out that the E7 handles very similarly to its Cliffs of Dover counterpart (Emil 3/4). The E7 has very familiar flight dynamics and weapon convergence and was a lot of fun to fly. I’m curious to see how the BoS/BoM Emil stacks up against the competition – it’s able to hold its own quite well. 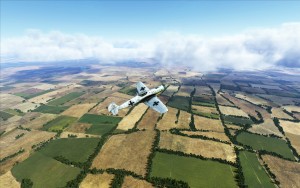 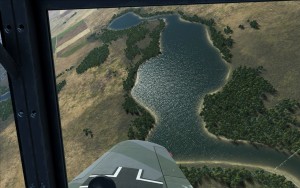 Patch notes are always nice and all, but in this case, the update really needs to be experienced. The updated terrain is simply marvelous, and I don’t use that word often. No. More. Snow. Blindness. The distinct differences between fields, concrete, runways, etc, in combination with the air-to-ground rain effects is enough to make the update worthy of your time.

On top of looking prettier, the game has been better optimized and now has dedicated servers. These servers can hold up to 84 players per instance. These two bits of info are incredibly welcomed news. 1C has been building up to 84 players for a bit now, and I couldn’t be more pleased that they’ve finally up’d the number again. Along with the optimizations are some fixes, including better A.I. control – hopefully we won’t be seeing any more planes mindlessly spinning out of control.

If it has been a while since you’ve spent time with BoS, Update 1.104 is definitely worth coming back to experience. It’s been a long time coming, but the update adds a substantial amount of content to enjoy, and the tweaks and fixes to the game’s backend are superb.

Build A Gaming Rig For Less Than $650
Weekend Roundup – BF4, DayZ, and More