It’s been a long time coming, but today players will be able to get their hands on the Battle of Moscow campaign beta, Moscow maps, Ju 88 A-4, and the new 64-bit executable. All-in-all… quite a big day for the venerable flight combat sim. 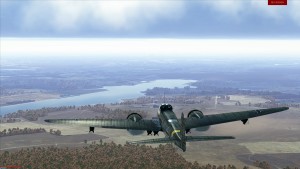 The next big campaign / map addition to the IL*2 series is here… at least in Beta form. You’ll now be able to take to the skies around Moscow and see the historically reconstructed region, complete with grass airfields, late Autumn seasonal atmosphere, canals and locks, water reservoirs, and plenty other graphical bells and whistles. Developer 1C made it a point to mention that, “…at the open beta stage, the map will still be improved: pine trees will be added to the forests and the overall distribution of various forest types on the map will be more detailed. Of course we’ll keep track of your impressions and improve the map where possible to make it as best as possible to the official Battle of Moscow release date.”

The Battle of Moscow open beta will give access to regular missions, but the scenarios are still being completed –this includes the video intro and tactical overlays.

Pre-purchasers of BOM will also have access to the Ju 88 A-4 as of today. If you’ve been particularly excited about this new twin engine dive bomber, you’ll be pleased at this statement from 1C, “We must admit that it is the most complex aircraft in the entire project, but in the same time it is also a most interesting one in many ways. Rich instruments array, many system and flight model peculiarities, unusual gunner stations – it was an interesting experience to research and recreate and we think it will be interesting to fly it.” Most complex aircraft in the entire project, you say? Sold. If you will be getting your hands on this bomber, let us know what you think of its complexities in the comments or on the forums! 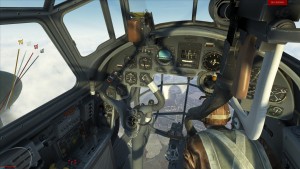 For the completionists out there, the 10 new BOM planes will now also have 10 unlockable skins to grab from the campaign. 1C also reported that all controllable planes now have technical readouts which cover the planes specs, as well as all the modifications available. These can be checked during mission briefings and also while inflight.

Although update 1.201 includes the usual tweaks and fixes, the big news here is the release of the 64-bit executable. Ever since Windows 7 released back in 2009, the push to migrate over to 64-bit architecture has been going strong in the tech sector. Finally, in 2016, unless you’re living under a rock, you’re probably operating a 64-bit machine. Now that the population has caught up, developers are quickly releasing 64-bit .exe’s to take advantage of the increased power. Today, you’ll be able to launch IL*2 and enjoy the glory of higher detail, better performance, and hopefully, fewer crashes!