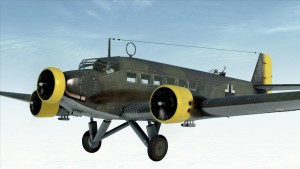 1C Game Studios and 777 Studios have announced that update 1.011, a major update for IL-2 Sturmovik: Battle of Stalingrad, is now available to download and launch. You can check out the most recent dev blog (#95) here, which briefly touches on update 1.011. The update brings with it a new aircraft and map, as well as the ability to transfer your game license to Steam.

First off, here is a handy FAQ for getting your Steam key!

MAJOR NOTE:
A special logging routine added to catch a bug with invisible planes in multiplayer – if you encounter this bug, please leave the server, exit the game, then zip the file \data\MP_InvisibleAirplanes.log and send it to us!