A couple of years ago, many flight sim enthusiasts knew very little about air battles that occurred over the Eastern front. Up to that point, most WWII offerings to the sim market had been based on events in Western Europe. As a result, most enthusiasts were already familiar with tactics and planes involved in the daylight bombing raids over Northern France and into Germany. However, the largest arena of air combat in history, the German/Russian front, had up to that time gone virtually unexplored. When IL-2 Sturmovick was released in November 2001, it not only brought the Eastern Front to the sim community, it also raised the bar in flight simulation. The attention to detail, realistic flight and damage models, and the continued support from the developer has made IL-2 popular both online and off. A year and a half later,

IL-2 Sturmovik: Forgotten Battles was released which included more maps, more planes and a dynamic campaign generator which was sorely missed in its predecessor. Many fans of IL-2, who have admired the quality of the sim, have long waited for an opportunity to fly campaigns in the Western front using IL-2’s sim engine.

Just Flight’s ‘Battle Over Europe’ is an expansion disc for IL-2 Sturmovik: Forgotten Battles that offers six historically based campaigns on the Western front over Normandy and the Ardennes for both the USAAF and the Luftwaffe. The scenarios are based between June of 1944 and 1945 and cover pre D-day invasion over France to the last days of the war over Germany. At the heart of BoE is a new updated campaign engine that will greatly enhance mission briefings as well as create visible frontlines. The new US campaigns will have historical military ranks and awards along with names and faces for the squadron roster. Players can enlist in over 100 historical squadrons, many with accurate historical ‘Ace’ paint schemes. 93 new plane skins are included for 20 different aircraft types and subtypes. An Online Campaign Generator feature has been added that allow players to play dynamic campaigns online with other players. Results of each mission will directly influence the situation of the next.

This interview was prepared with the assistance of Mungo Amyatt-Leir, Just Flight’s Managing Director. We sent in our questions to Mungo, and he passed them along to Ilya Shevchenko from Russian Rocket Games, who gave us these outstanding and comprehensive answers. Many of you know him by his online nick name, ‘Luthier’.

Finally, a tip of the hat goes to our two SimHQ volunteer staffers who came up with these excellent questions and who coordinated and edited this interview. Many thanks to Mark “Raz” Long and Doug “Uther” Lawrence. 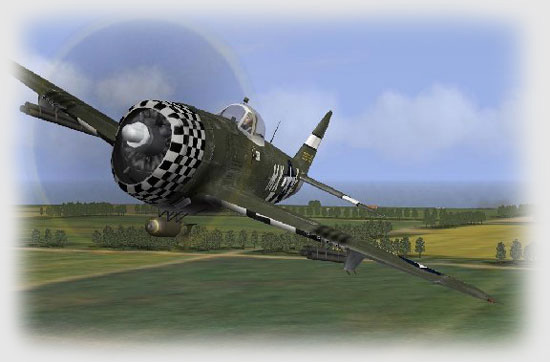