Close your eye’s and let your mind drift back through time and space to an epoch in history when it seemed the whole world had gone totally mad.

You open your eyes to find yourself seated in a USAAF squadron briefing room in England. It is early in spring 1944. Your eyes scan the room slowly. You see many others there much like yourself. Men in their early twenties and younger. However, what you notice most is the look of their faces — fatigued, with a veiled anguish. Young men with the faces of old warriors. 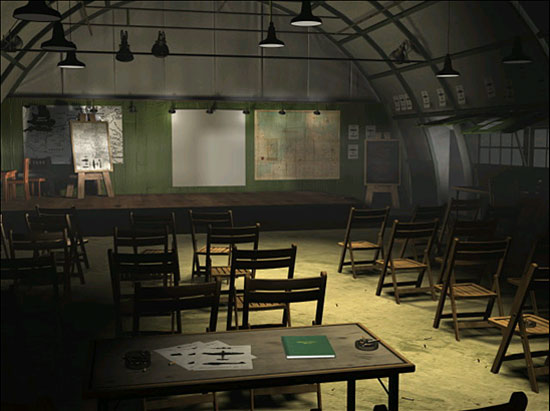 You attention is refocused as a loud “Attention!” comes somewhere from the back of the room. You jump to your feet. The squadron commander, Colonel Ashford, and his adjutant Major Sweeney, move swiftly down the isle and quickly ascend the few steps to the platform at the front of the briefing room. “At ease men” says the Colonel. His eyes quickly survey the men in the room. Everyone returns to their seats as Col. Ashford pauses, then clears his throat.

He begins, “Men, as you know we have been pounding German oil refineries for the last couple months. Today the group will shift focus to where the German aircraft are being manufactured. Gentlemen, If they can‘t produce them, they can‘t fly them against us or our allies”.

The Major makes his way to the back of the platform where the mission-planning map was covered behind a curtain. Your mind starts to race… okay you know the target is an aircraft manufacture plant… but where? Could it be Leipzig? Augsburg? Stuttgart?

You feel the sweat starting to form on your forehead, there is one place you purposely kept out of your thoughts as you are hoping against all hope it is not the primary target. As the curtain is being pulled back, the map is finally revealed. You ignore the route and waypoint markers, and focus quickly on the primary target.

It is the one you hoped it would not be, and are all too familiar with — The Focke-Wulf Plant at Bremen. 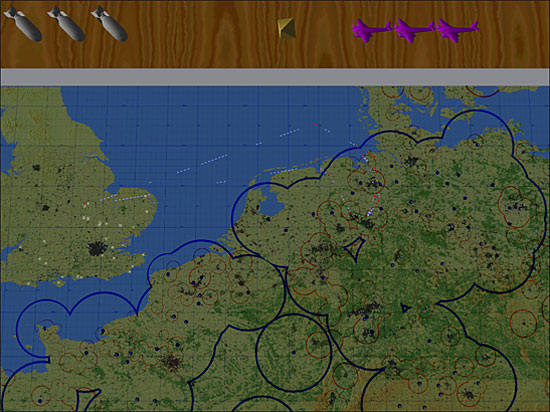 Your mind drifts as you remember your tenth and only mission over Bremen to bomb an oil refinery in your first ship, the Lady Luck. It’s where your Co-Pilot and best friend since flight school, 2nd Lt. Robert Alberts, was so severely wounded that he was shipped back home. He is forever blinded by pieces of German shrapnel. Sgt. Jim Hartley your ball turret gunner was killed there. His turret was literally ripped apart by a Focke-Wulfs 20mm cannons. You barely managed to land the Lady Luck at your airfield that day. Two dead engines and most of the vertical stabilizer gone. It was the Lady Luck’s last mission as her back broke when the landing gear collapsed on touch down. All this misfortune, compliments of the fighters and flak batteries around Bremen.

You remember how much your were shaken up by that mission and hoping that somehow you would never have to go back there again. Now on your last mission of your tour, you were going back. The briefing room lights are turned off and the familiar sound of the movie projector starts playing the recon film. As you stare at the screen you’re not surprised that even recon aircraft had to fly through tons of flak. You get a sinking feeling deep in your gut. Bremen is probably going to be the same as the last time you were there. Deadly. 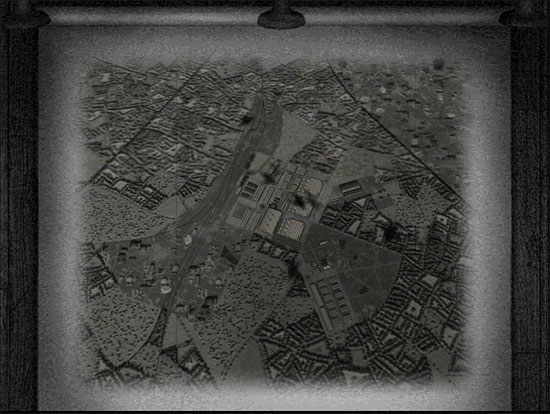 The recon film ends and the lights are turned back on. Col. Ashford finishes the briefing as you start looking over the mission Intel book. 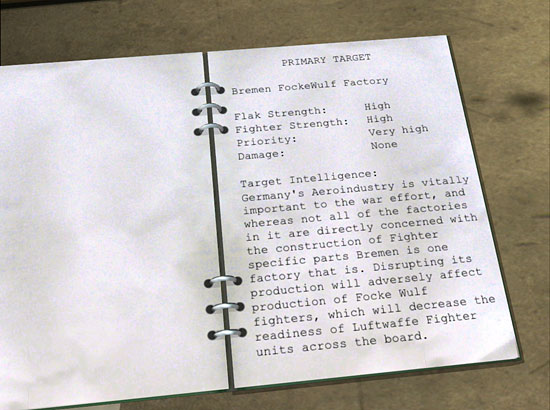 In your mind there are a million other places you would rather be right now. Anywhere seems better then here. You pause before you sign off on the mission. You know this could be the last day of your very young life. But you do have a very tough and skilled crew, and with just a little bit of luck, and some help from God, the Lady Luck II and all it’s crew will make it through Bremen and then home. You sign off on the mission.

Welcome to B-17 Flying Fortress: The Mighty 8th.