Ottawa and Mexico City were both diplomatic destinations for the Tu-114. Havana was the other end of the “prestige projection” flights. And Khruschev’s famous 1959 UN address brought the airplane to New York. 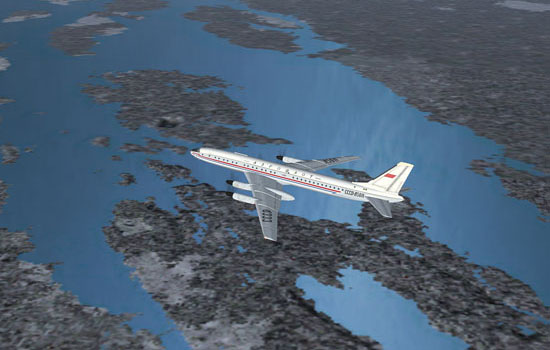 Over just a few of the Thousand Islands.

The Tu-114 was intended to be the first Russian “transoceanic” airliner. Since the airplane would be operated routinely in remote regions far beyond the nation’s borders, reliability was put near the top of the list. Tupolev chose to base the airplane on an existing design, the then-new but very successful Tu-95 Bear. Truthfully, not that many changes were required to convert the basic design into an airliner. The wing mounting was moved from the shoulder-mount position to the lower deck of a new large-cabin fuselage to get the main spar pass-through out of the cabin. The flaps were extended in chord to provide more area, for improved slow-speed performance (desirable in an airliner, but not so important in a bomber.) And since the main gear were not modified at all, with the lower wing location a longer nosewheel strut was needed. It’s usually quoted as being three meters in length. I think it’s much more impressive to describe it in English units: 20 feet. There’s a story that Khruschev was pleased when he arrived in New York and it was found there wasn’t a set of airstairs on the airport that was tall enough to reach the door. 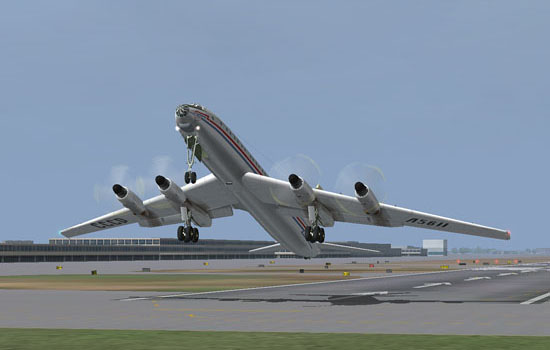 As new technologies evolve and airplane builders employ them it’s common that a design path, once successfully charted, will be followed by other designers. How many boring twinjet designs do we have now with low-mounted wings and underslung engines? The Tu-114 was, to use an overworked term, unique. It not only had features that were new at the time, but its original design ideas were never seen again. It was the only transport with counterotating turboprop engines. The only prop-driven airliner with wings swept 35 degrees, the same as jet transports. The only production turboprop transport with sleeping compartments, a full kitchen, and a sit-down restaurant. Fifty years after its first flight, the Tu-114 remains an amazing airplane. 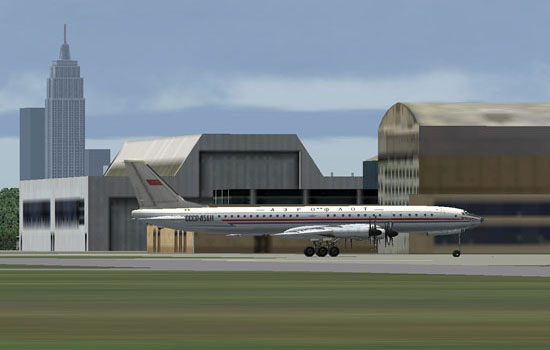 The first time a Tu-114 came to New York, it was a very different world.

Flying in FS is supposed to be fun. Sometimes we forget that. Refresh your memory. Track down a fun-to-fly airplane nobody remembers, and fly it off to someplace no one’s ever heard of. Let the airplane do what it’s designed to do, what they’ve been doing since the beginning of flight — transport you to an adventure.

Click here to see the entire route. Whew! Quite a trip! 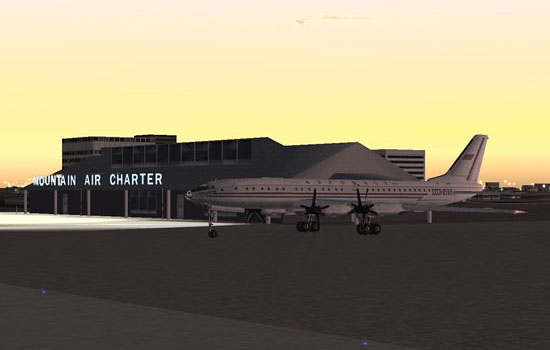 There’s no place like the home ramp. Back at KLAX.

I’d like to thank the Samdim Design Group for the airplane, and a wealth of reference materials (included with the download package) that formed the basis of these articles. If you’re hunting for a rare bird their web site is a good place to start your search. While Samdim specializes in Russian machines, they’ve also built a few from other places, including a beautiful CAP-10.

Much of the factual data not gleaned from the Samdim package was obtained from the indispensable Wikipedia.

And thanks to the guys back at Mountain Air Virtual Airlines, who inspired me to fly this tour and write it up, first as a series of posts in our forum, then here on SimHQ. If you’re looking for a VA but don’t want to be smothered by the usual regimented VA experience, Mountain Air is what you’re looking for.